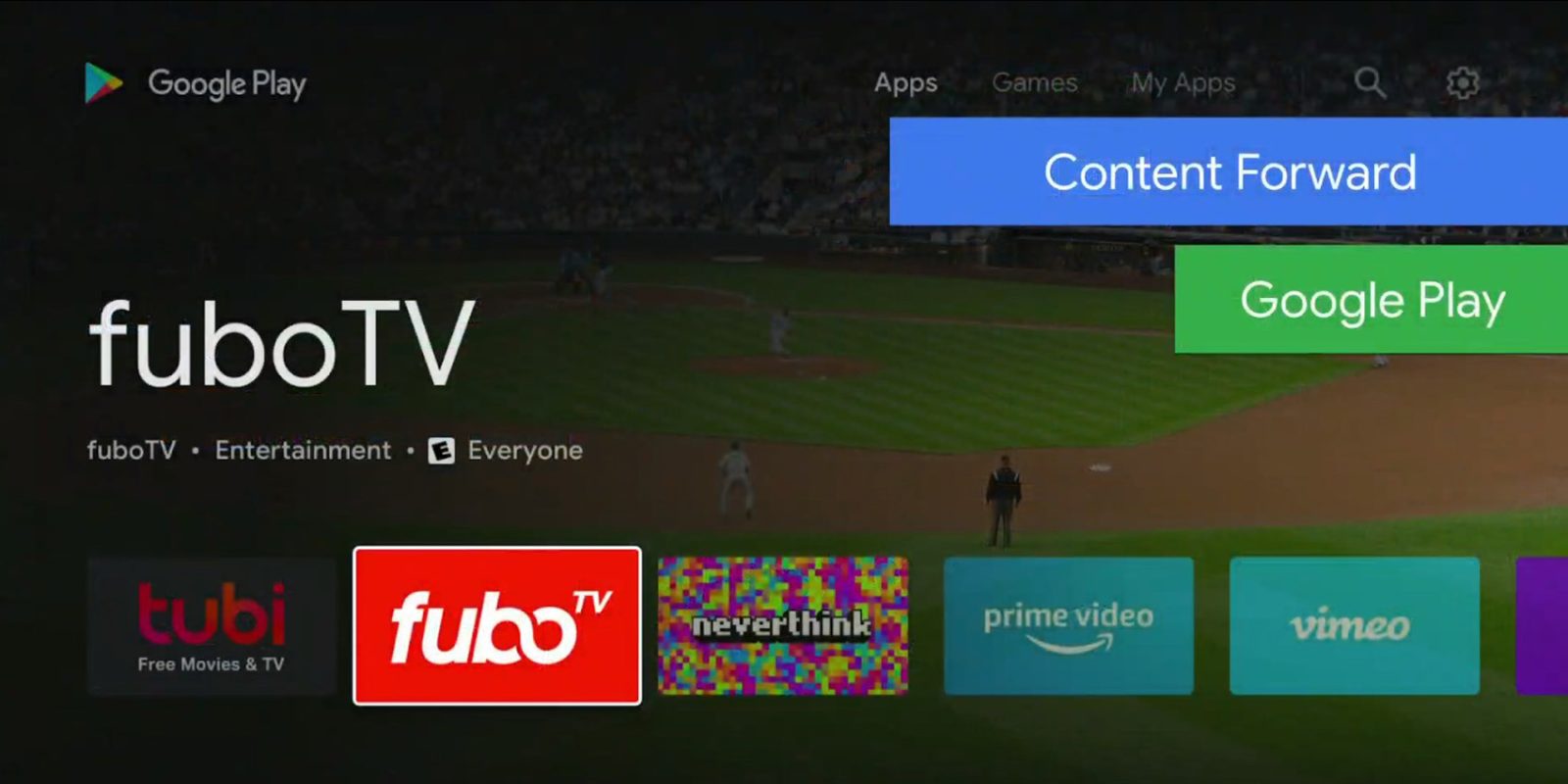 Just this month an interview revealed some big new stats for Android TV, and also teased a revamp for the Play Store. Today at Google I/O, the company officially showed off the new interface and it’s a huge improvement.

On stage at I/O, Google offered up a sneak peek at the new Play Store for Android TV and it truly is a complete overhaul for the better. There’s a much cleaner look that better aligns with the Android TV redesign which debuted with Oreo, as well as bigger, more attractive displays for apps and games.

The incoming Prime Video app also made a cameo in the presentation.

Google explained that a big feature of this new Play Store is that it makes purchases, and subscriptions specifically, much easier for the end user. From their remote, Android TV users can make purchases using a PIN instead of their full password, and subscriptions are equally easy. Google calls this new process “one-click” and while it’s more than that, it’s a pretty apt description of how painless the process is.

During the presentation, Google also went over some numbers it recently revealed such as 5,000 apps in the Play Store and the rapid growth of the platform. It also went over some developer information regarding best practices and talked about a reference design it uses with TV makers. The full session is available in an ongoing livestream, roughly two hours from the start.