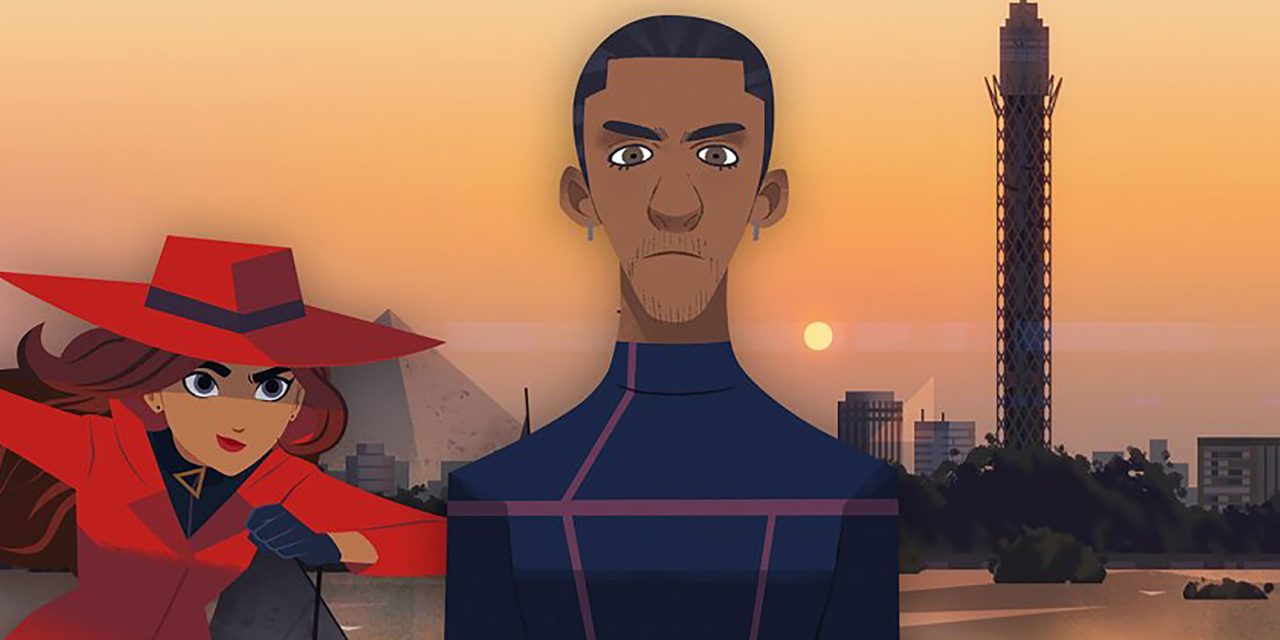 Back in March, Google added a playable Carmen Sandiego game within Google Earth. The very latest episode in the on-going collaboration has been announced and is available to play right now.

The gameplay remains the same as with the previous episode, but this time the theme and focal point is that of the ancient Egyptians. Gameplay will have you scouring Egypt, Paris, and more in a bid to catch Le Chevre, a master climber and former classmate of Carmen Sandiego at the VILE Academy.

Of course, if you’re of a certain vintage (I’m not willing to bring age into this conversation) you’ll no doubt remember the plethora of Carmen Sandiego PC games from the mid-to-late 80s and early 90s. This plays in a similar manner, although not quite exactly the same. It’s still a great nostalgia trip wrapped in the excellence that is Google Earth.

Internet sleuths can play the game in all of it’s 8-bit and Google Earth glory making for a great time killer for grown-ups and kids alike. Like the Crown Jewels Caper, the vintage pixel art style game can be played through in around 10 to 20 minutes. It also lacks any real replayability but is still a neat little time killer.

It’s also great for younger children learning about geography and world history in general. Giving them exposure to the powerful learning tool that Google Earth was set out to originally be — or at least that is how I have always used the platform.

To get started on your assignment with Carmen, look for the special edition Pegman icon in Google Earth for Chrome, Android and iOS.