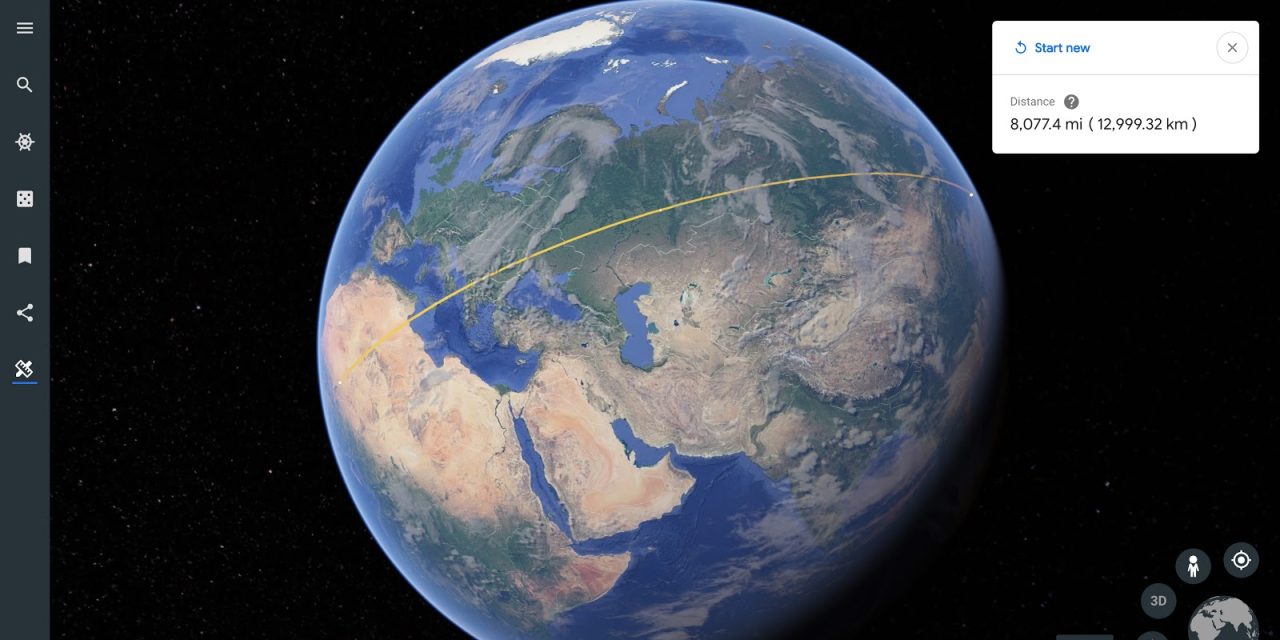 Google Earth is a neat tool for getting a satellite’s view of our beautiful planet and then being able to explore different regions. Now, the Chrome client and Android app are getting updated with a new tool that’ll let users measure distances between two locations and pinpointed areas.

Announced on Google’s blog, the ‘Measure Tool’ is one of the most requested features from users of Google Earth.

The blog post doesn’t go into too many details, but we can learn a decent amount the new tool from the attached screenshots. Naturally, as you can see in the photo above, you can get a direct A to B measurement between two points on Earth. But what might be handier, as seen in the first image below, is the ability to place multiple pinpoints around a specific space and get a perimeter and area measurement.

The update is rolling out to Google Earth on Chrome today and will make its way to the Android app sometime this week. iOS users will have to wait, though, as the feature is “coming soon” to Apple’s mobile operating system.