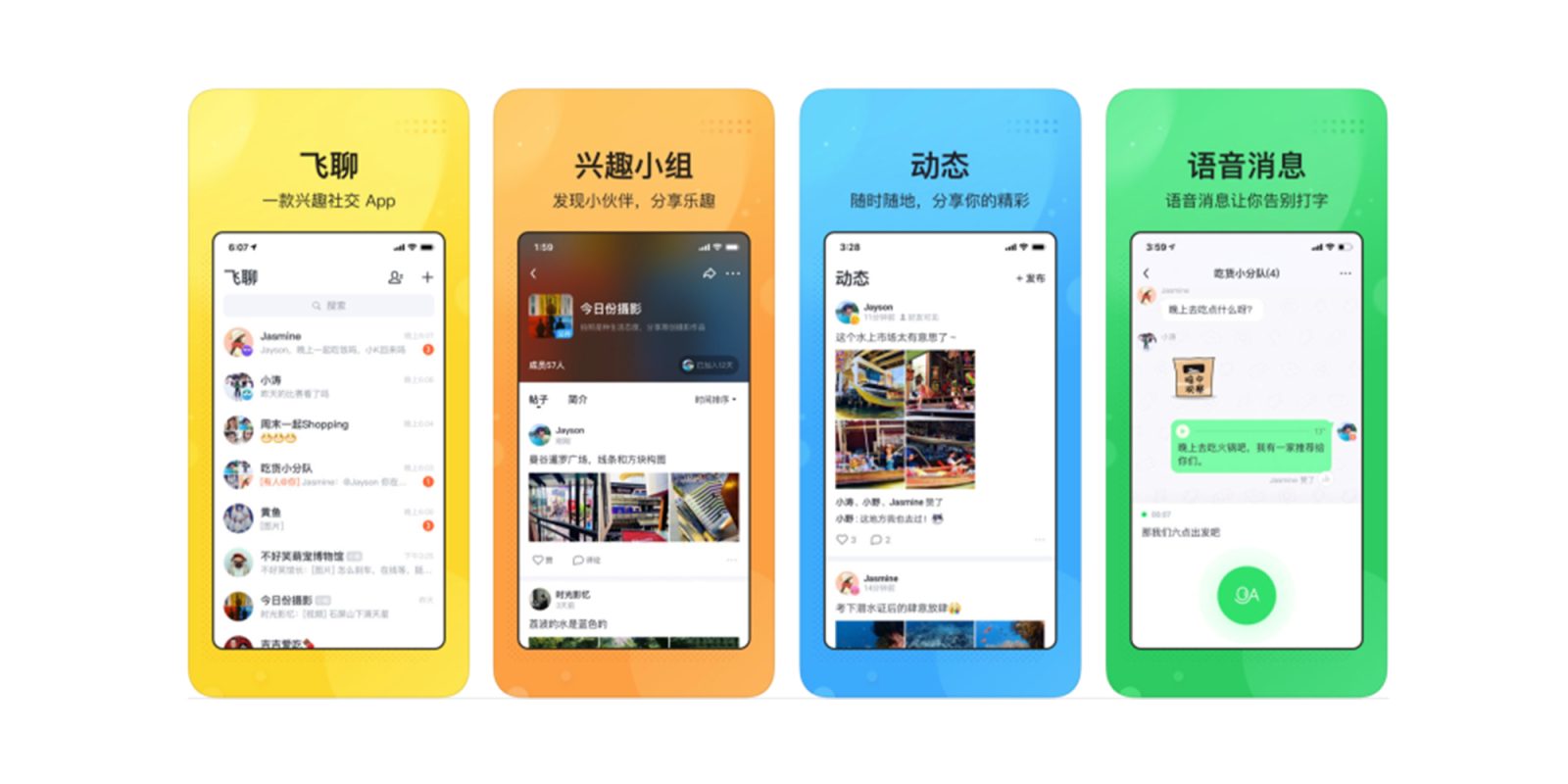 We’ve seen TikTok move into the vacuum left by looping video application Vine, becoming one of the world’s most popular applications in the process. Now Bytedance — the creator of TikTok — is launching a brand new messaging application called Feiliao, or “Flipchat” in English.

Flipchat will be a complete hybrid messaging platform that includes instant messaging, video calling, and even a forum-like structure full of communities. The application will be available for both Android and iOS, but comes mere months after Bytedance unveiled a dedicated video-calling application called Duoshan.

Feiliao “is an open social product,” said ByteDance in a statement provided to TechCrunch. “We hope Feiliao [Flipchat] will connect people of the same interests, making people’s life more diverse and interesting.”

WeChat is still the dominant messaging platform in China, boasting 1.1 billion active users. The war of messaging dominance is set to heat up in the East as Flipchat download links are being blocked from being opened within WeChat. It seems that Tencent is concerned about the new upstart.

Feiliao is an interest-based social app. Here you will find the familiar [features of] chats and video calls. In addition, you will discover new friends and share what’s fun; as well as share your daily life on your feed and interact with close friends.

As for Flipchat features, it includes forums, standard one-to-one message threads and video calling capabilities from the get-go. While WeChat allows you to do things like hail cabs, pay for groceries, or even order food delivery, Flipchat feels way more stripped back in feature-set.

ByteDance has grown at an astronomical rate in China alone, with app usage representing over 11% of smartphone interaction within the nation. TikTok itself has grown to a level which has caught many of us off guard, a push by ByteDance within TikTok could see Flipchat expand beyond Chinese borders in a similar vein.

iOS and Android users can download and install Flipchat right now, although we wouldn’t exactly recommend it given you’ll need to convert friends to the new messaging platform. Plus given the negative press surrounding the privacy of users on Chinese smartphone hardware, you might be wary. There are no confirmed reasons or reports that would lead us to worry about this though.