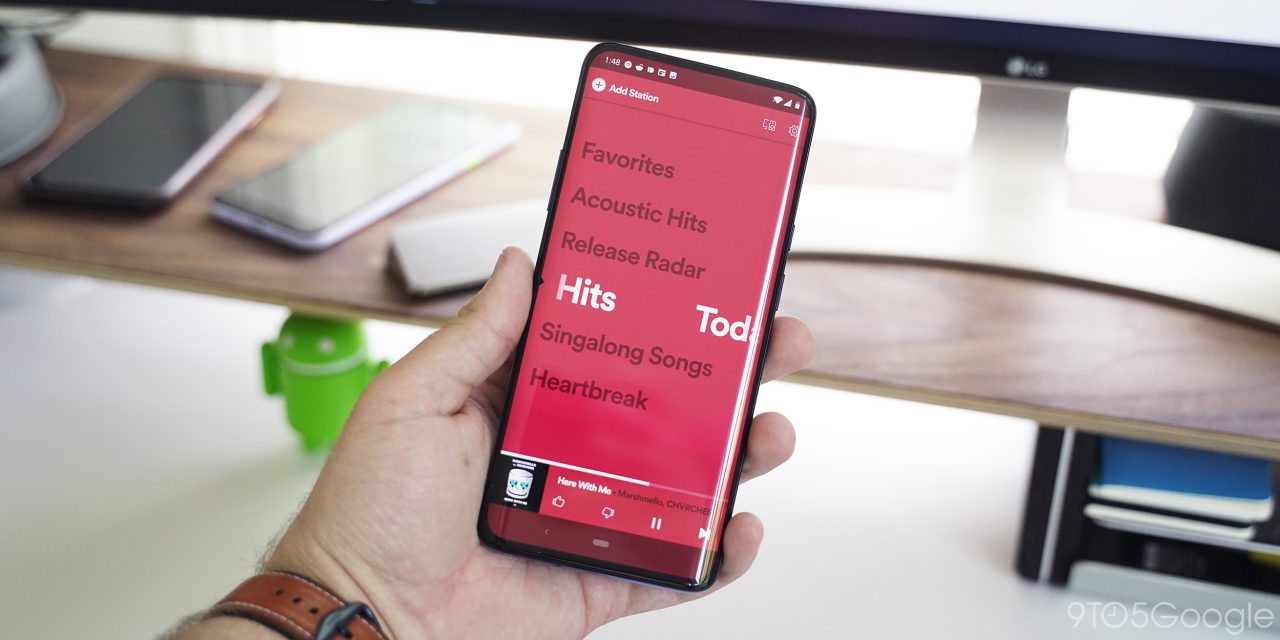 Last year Spotify was experimenting with a new app called Stations for streaming music with personalized radios. Now, after being exclusive to Australia for quite some time, the Spotify Stations app has launched in the United States on both Android and iOS.

Spotify Stations pulls from the same listening history and library as the standard Spotify app, but offers a cleaner interface, immediate playback, and a radio-centric listening experience. The main interface of Spotify Stations on both Android and iOS sees a list of radio stations which include some of your favorite artists.

From there, an “add station” button at the top of the screen offers lists of artists, genres, and personalized stations which can then be added the list. This is starkly different from the app that launched over a year ago which automatically generated playlists.

Overall, though, the new app is a big improvement, though. Spotify Premium users can now skip tracks and all users can curate the feed with thumbs up or thumbs down reactions. Spotify Connect is also now integrated into the app, but there seems to be no Chromecast support on Android.

Easily create stations for all the music you love, all for free.

With the world’s music at your fingertips, finding the right thing to play can feel like a challenge. Stations gets you to music instantly — no searching or typing needed. As Stations learns more about what you like, it creates stations packed with the music you love, made just for you.

For those getting tired of listening to the same old playlists over and over again, Spotify Stations is a good way to break out and find some new tracks. The app is available now in the US on the Play Store for Android and also the App Store for iOS.