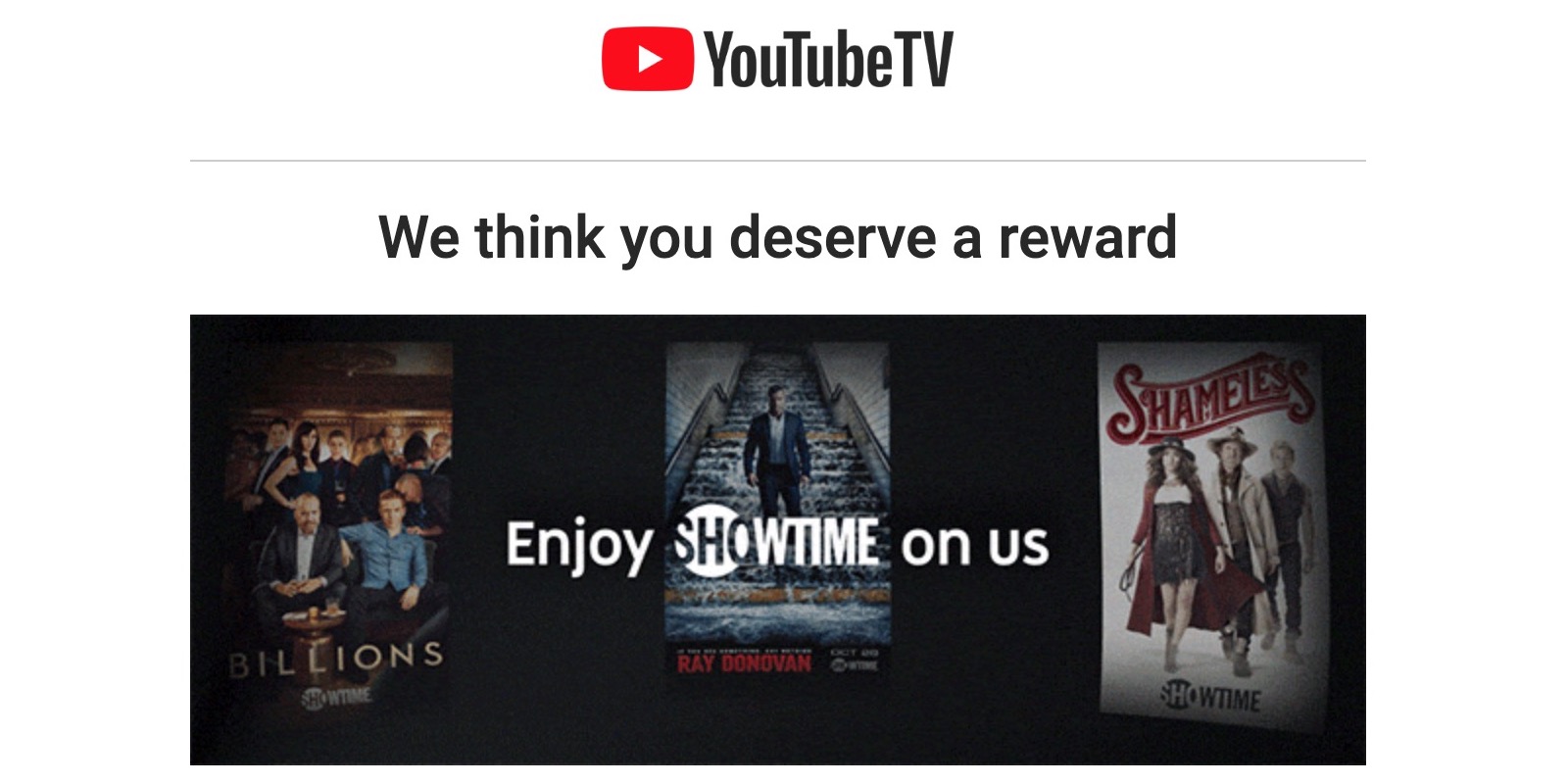 After rolling out to every U.S. market in March, Google announced a price hike for YouTube TV in April that bumped it to $49.99 per month. The cord cutting service is now rewarding “longtime” customers with free Showtime for the summer.

The premium cable channel is otherwise one of YouTube TV’s nine add-on channels and sports passes that are extra to the base subscription of over 70 stations. Showtime on the Google service usually costs $11 per month (currently on sale for $7).

This $33 value runs until September 5, 2019, or just a week short of three months. YouTube TV emailed customers about the promotion this evening, while opening the mobile app also prompts you about it. “Activate offer” will begin the long trial, while heading to Membership in settings lists Showtime as being $0. A confirmation is sent to your email account after subscribing.

As a longtime friend of YouTube TV, we’d like you to enjoy SHOWTIME® on us this summer.

When free access to the channel expires in early September, YouTube TV notes that it “won’t automatically bill you for SHOWTIME® after this time. You can add it back if you love it but that’s totally up to you.”

In the context of the price bump from $39.99 (or $35 for the first users), this might be an attempt to keep you paying for the cord cutting service. It’s unclear who’s eligible for free Showtime from YouTube TV — beyond “longtime friends,” but personally speaking I’ve been a subscriber since the service launched in 2017 and received the offer.

Thanks so much for loving TV as much as we do. Here’s to many more sport seasons, show premieres, and unlimited-DVR days with you. 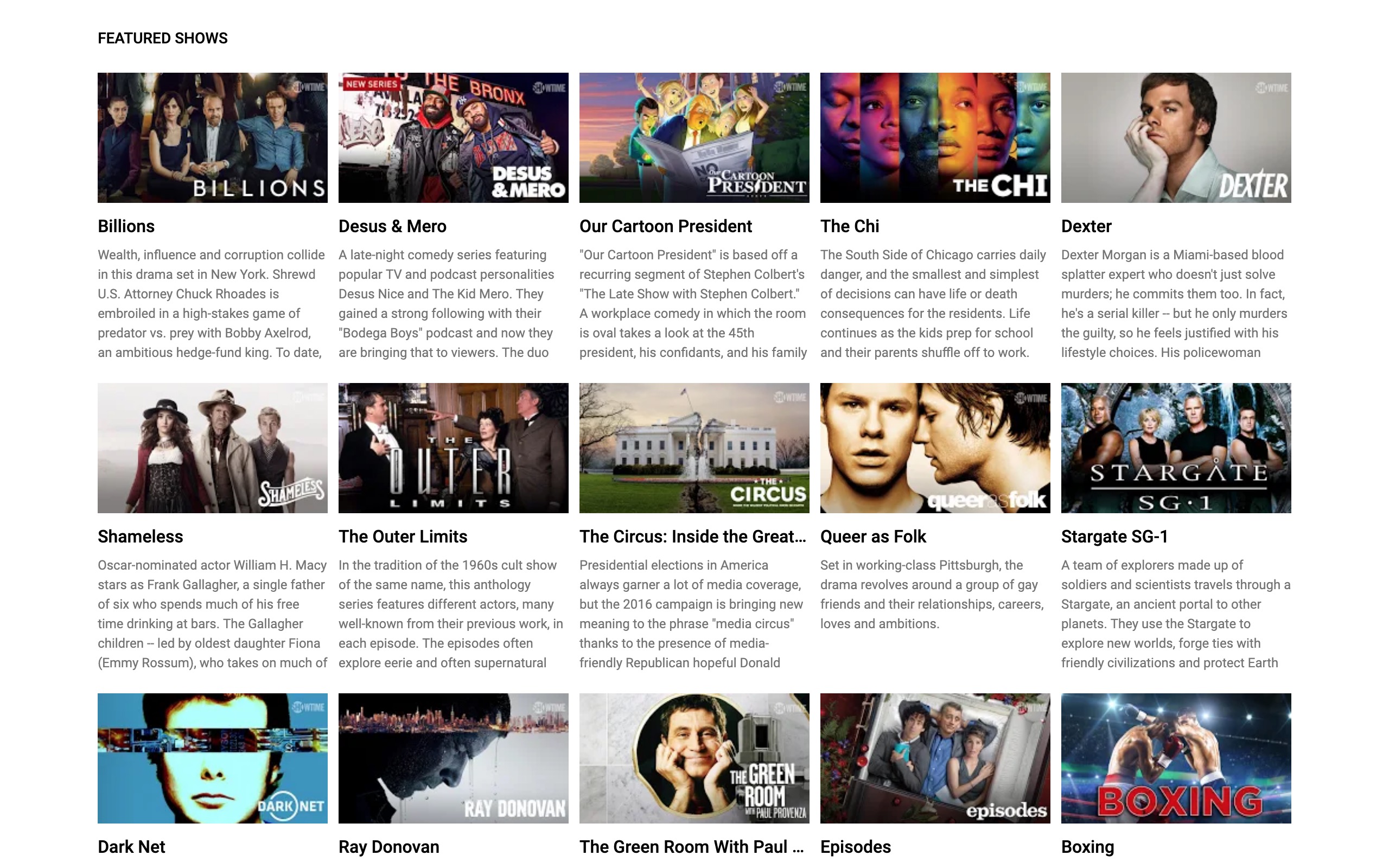