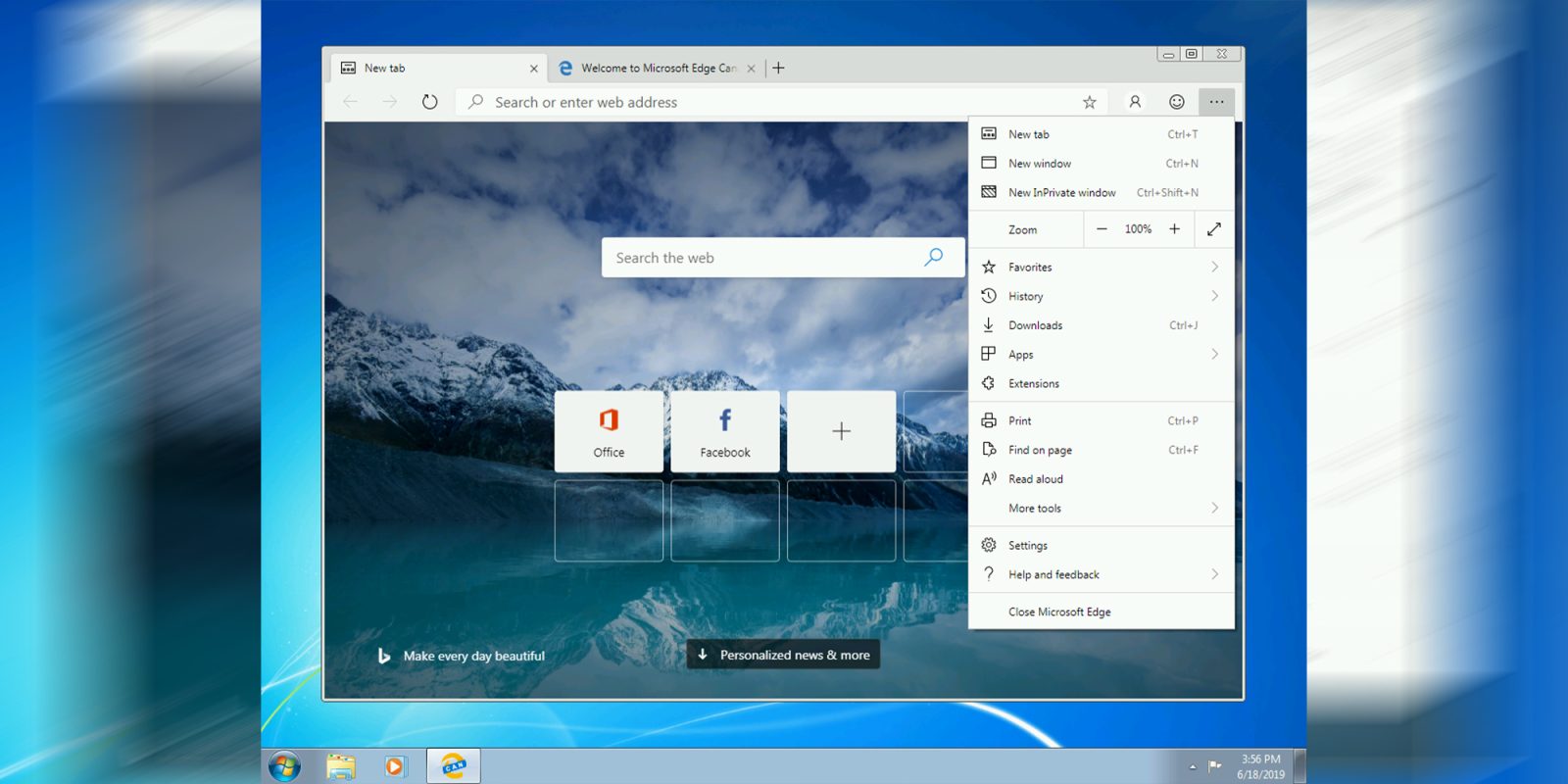 After only initially being available on Windows 10, Microsoft’s Chromium Edge browser is now available to those using Windows 7 and Windows 8.

Considering that the initial release was made available over two months ago, that is quite the wait period for those not willing or unable to adopt Windows 10, or indeed macOS — which received access just a few short weeks ago.

Announced in an official Windows blog, the Chromium-powered Edge browser can now be enjoyed on Windows 7, Windows 8, and Windows 8.1. Microsoft is claiming that the experience is practically the exact same on these older versions of Windows as it is on Windows 10.

Today we are excited to make preview builds from the Microsoft Edge Canary channel available on Windows 7, Windows 8, and Windows 8.1. This rounds out the initial set of platforms that we began to roll out back in April, so developers and users alike can try out the next version of Microsoft Edge on every major desktop platform.

Visit the Microsoft Edge Insider site from your Windows 7, 8, or 8.1 device to download and install the preview today! The Microsoft Edge Dev channel will be coming to previous versions of Windows soon.

That said, some of these Chromium Edge builds do have a series of known issues. These include a lack of dark mode support and no support for AAD sign-ins. Microsoft has said that they are working hard to resolve these issues quickly though.

What’s interesting is the comment that they plan to add the “Microsoft Edge Dev channel to previous versions of Windows soon” as this could mean we’ll see Chromium Edge head to even older Windows builds at some point — although given the dwindling install bases that isn’t too much of an issue going forward.