Google Messages gets open beta program, here’s how to join 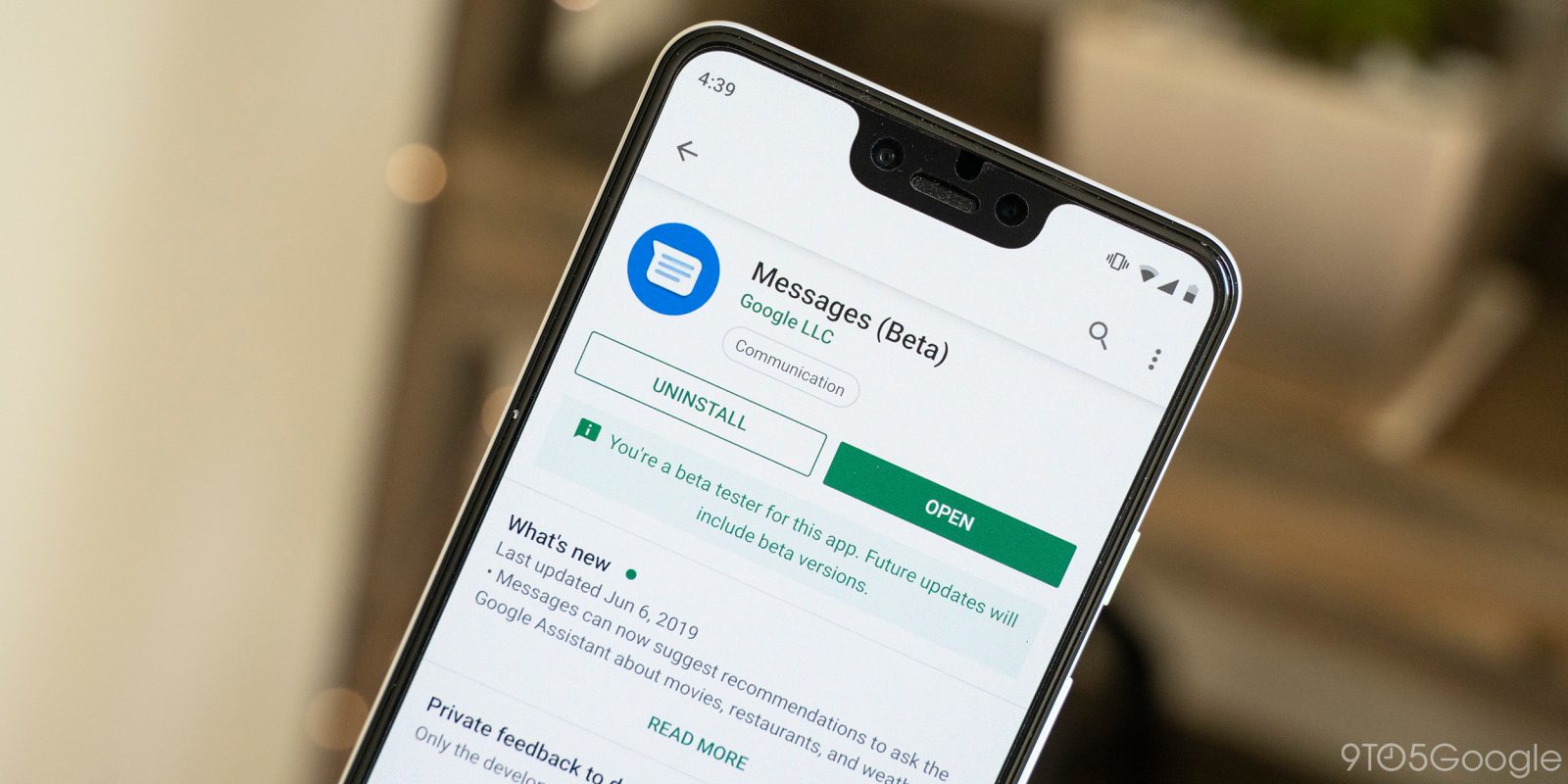 Just like on other apps, Google Messages is running its beta program through the Google Play Store. That means there are two ways to access it. First, there’s a direct link that you can access here. Alternatively, the Play Store listing for Google Messages on your Android device should show an option to opt in to the beta program at the bottom of the listing.

Once you’ve signed up for the beta program, all future updates to Messages will be a part of the beta track. This might mean some extra bugs or problems, but since it’s a public beta, things will probably remain fairly stable.

At the time of writing, several on the 9to5Google team have signed up for the beta, but no updates are available just yet. Presumably, future updates on this track will help out with some of Google’s RCS plans, or just introduce new features to the app a bit sooner than we’d typically get them. Of course, stay tuned for more on that.

On July 8, 2019, Messages, Google’s messaging app for Android phones, will begin an Open Beta program! The Open Beta gives users the opportunity to test, and provide input and feedback, on experimental features not yet released to the general public.