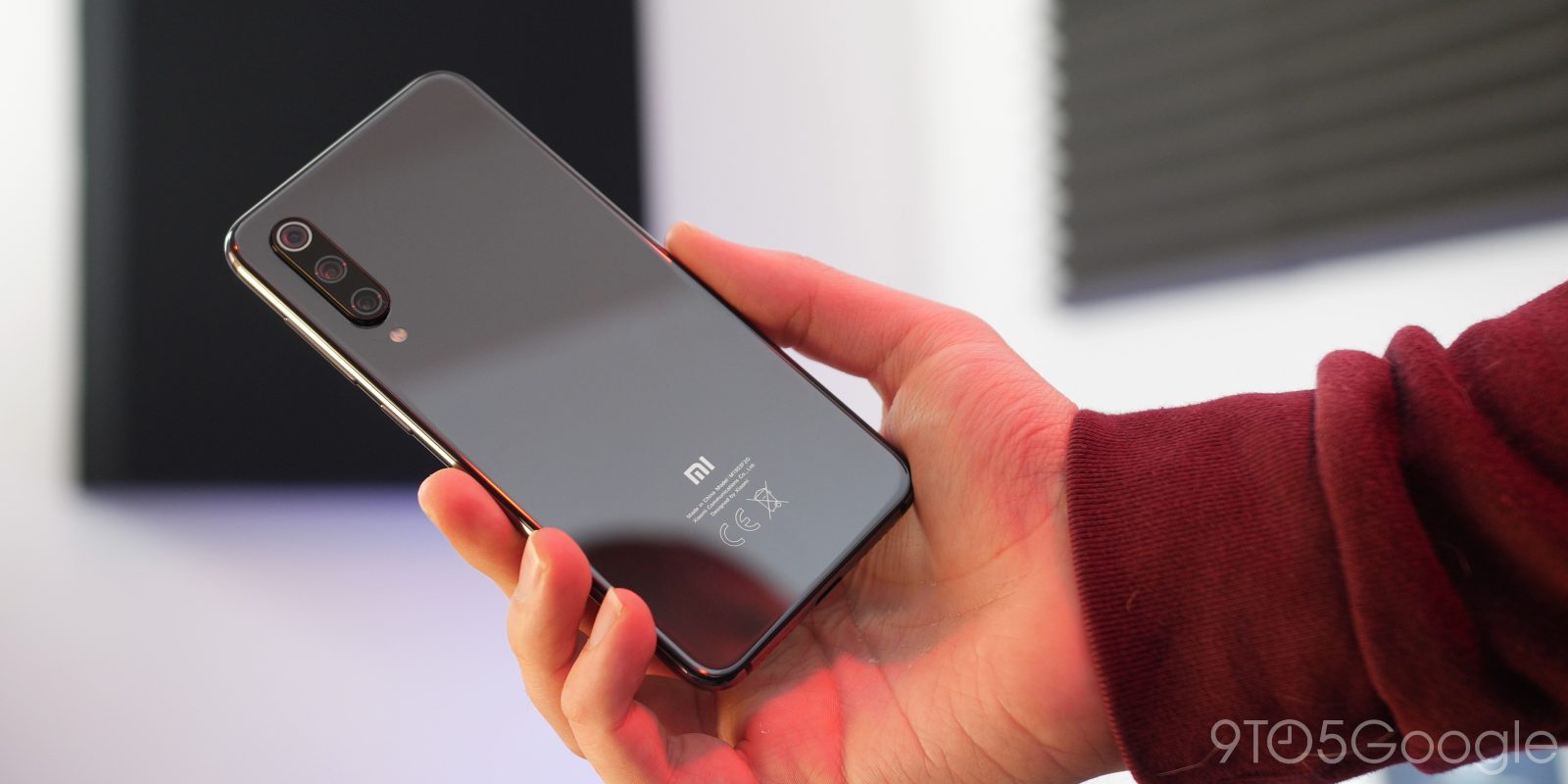 While the budget phone category continues to grow in the United States, the rest of the world already offers a wealth of options for affordable, high-quality hardware. The Xiaomi Mi 9 SE is another such device that is genuinely superb for the money, yet lacks wide North American availability.

The release of the Pixel 3a globally was fantastic for the entire market, as its low pricing and exceptional experience really proved that the mid- to low end of the market is where things are evolving the fastest. At this point in 2019, you can get an amazing device for not much more than $400 — and in many cases with change left over.

We haven’t even mentioned the size. While manufacturers and most hardcore tech fans seem to love large phones, not everyone out there wants such a large display. There are so few high-quality smaller phones that the Pixel 3a is definitely one of the best, and the Mi 9 SE has been made in the same mold.

At the end of 2018, the Nokia 7.1 proved to be one of the best — and few — solid budget options for North America. We are already in a better place for all areas and budgets. If the Xiaomi Mi 9 SE were to officially come to the US, I wouldn’t hesitate to recommend it as one of the best small affordable smartphones.

That said, while this is a super smartphone — much like the Pocophone F1 — the lack of official availability makes it harder to wholeheartedly give our seal of approval.

High-end hardware at a budget price

Flagship design is an odd concept. More durable materials like polycarbonate are considered “cheap” or “low cost” compared to generally more brittle glass and composite designs. My personal take is that when something compact like a smartphone feels dense and hefty, it sometimes gives you a false sense of expense or “value.”

Because of that, glass and metal seemingly feel more high-end as a result. The Mi 9 SE has a nice assuring weight to it that I haven’t experienced with mid-range devices other than many of the Nokia offerings. You could be forgiven for thinking it weighed a bit more than 155 grams. 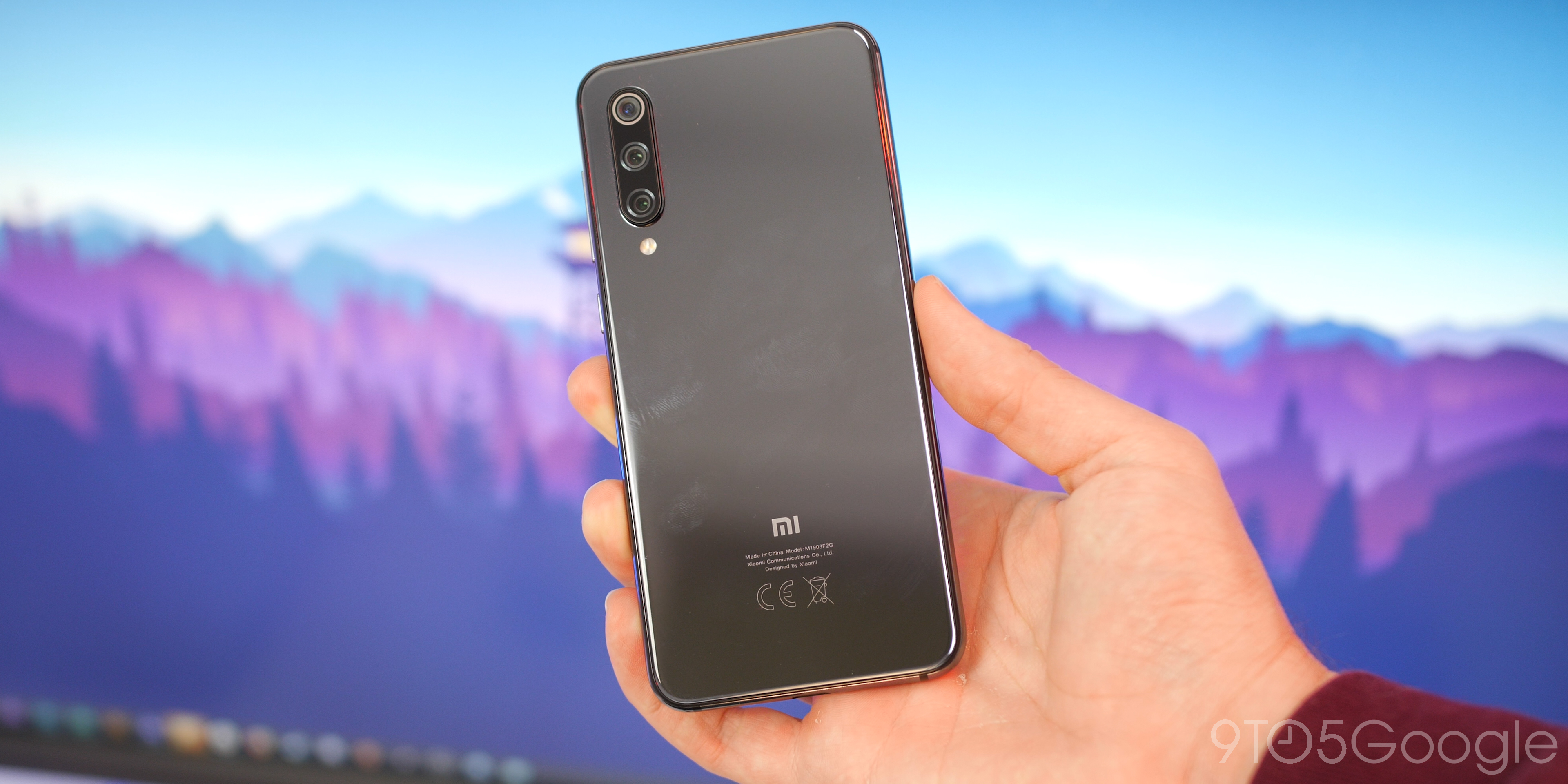 With all that in mind, the Mi 9 SE doesn’t in any way feel cheap. The glass sandwich design alone feels every bit as good as the OnePlus 7, for instance. Considering that this phone costs less than the Pixel 3a, you could be forgiven for thinking it was a much more expensive phone, at least when held.

In black, fingerprints are a problem. I have to constantly wipe fingerprints and smudges off the display and rear panel. I am a massive fan of the mirror gray finish, though. Like the OnePlus 7, it catches the light at certain angles and looks either smoky or glossy. It definitely beats a plain shiny black — except for the gorgeous Jet Black iPhone 7.

While the outer shell doesn’t give too many clues that this is a cheaper smartphone, the spec sheet peels back the facade. Packing in the Qualcomm Snapdragon 712 processor, 6GB RAM, and with 64 GB or 128 GB of storage, the Mi 9 SE manages to offer much more on paper than a lot of the 2019 mid-range competition. That said, there is no headphone port or expandable storage, which you find on some similarly priced handsets. The battery is toward the smaller end of the scale at just 3,070mAh.

The Super AMOLED display is about as good as I’ve seen on a sub-$400 smartphone. The FHD+ panel has been made by Samsung and comes with a 19.5:9 aspect ratio, 1080 x 2340 pixel resolution, and has an impressive 432ppi. To put that into perspective, that means this 5.97-inch display is actually sharper than the Huawei P30 Pro and even the iPhone XS. Not bad for approximately $300. 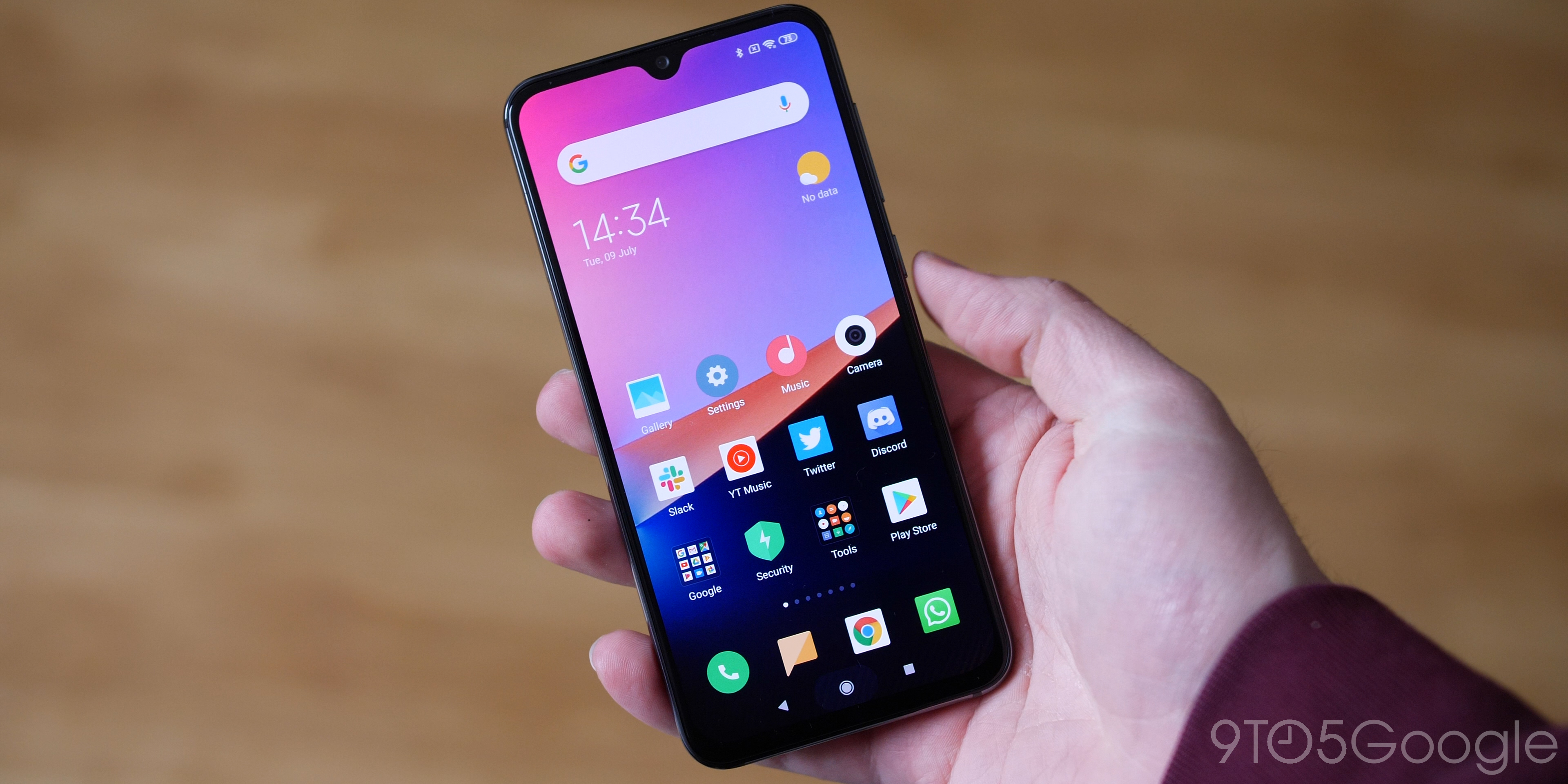 Running Android Pie out of the box is kind of to be expected at this point in time, but despite the pretty heavy MIUI 10, it runs well on the mid-range hardware. It still retains a similar look and feel to iOS on the stock launcher, but that can easily be changed and tweaked to suit.

General performance is almost always snappy. If you happen to restart or power on after being powered off for a while, it can take a couple of minutes to warm up, but beyond that, I have seen little to no slowdown, even with MIUI adding some heavy UI tweaks.

I can’t say outright that I hate MIUI 10, as there are some nice elements and extras. The small bounce animation in menus and the launcher icons are nice little extras, but the overall feel is not to my more modest tastes. For the purposes of my review, I refrained from slapping Nova Launcher on and tried to emulate a more OxygenOS or stock feel — at least on the home screen.

You will encounter some unnecessary bloat. It’s still a massive problem with many Chinese-made smartphones, but you can quickly disable apps and install your own personal favorites. I’m not giving MIUI a pass here, though, as this is something that really needs to be worked on extensively. Bloat shouldn’t be an issue in 2019.

The Snapdragon 712 has really impressed me with how nippy it makes everything feel. Having 6 GB of RAM also helps with multitasking and ensuring that everything runs smoothly. Aside from the minor slowdown when first powering on or after restarting, I’ve genuinely not seen a major hiccup beyond a few failed downloads due to my internet being a little spotty.

Considering that the Pixel 3a (my daily phone) with the Snapdragon 670 is able to take literally everything I can throw at it, I’m confident that the Snapdragon 712 will power through anything you would possibly want to do on a mobile phone. 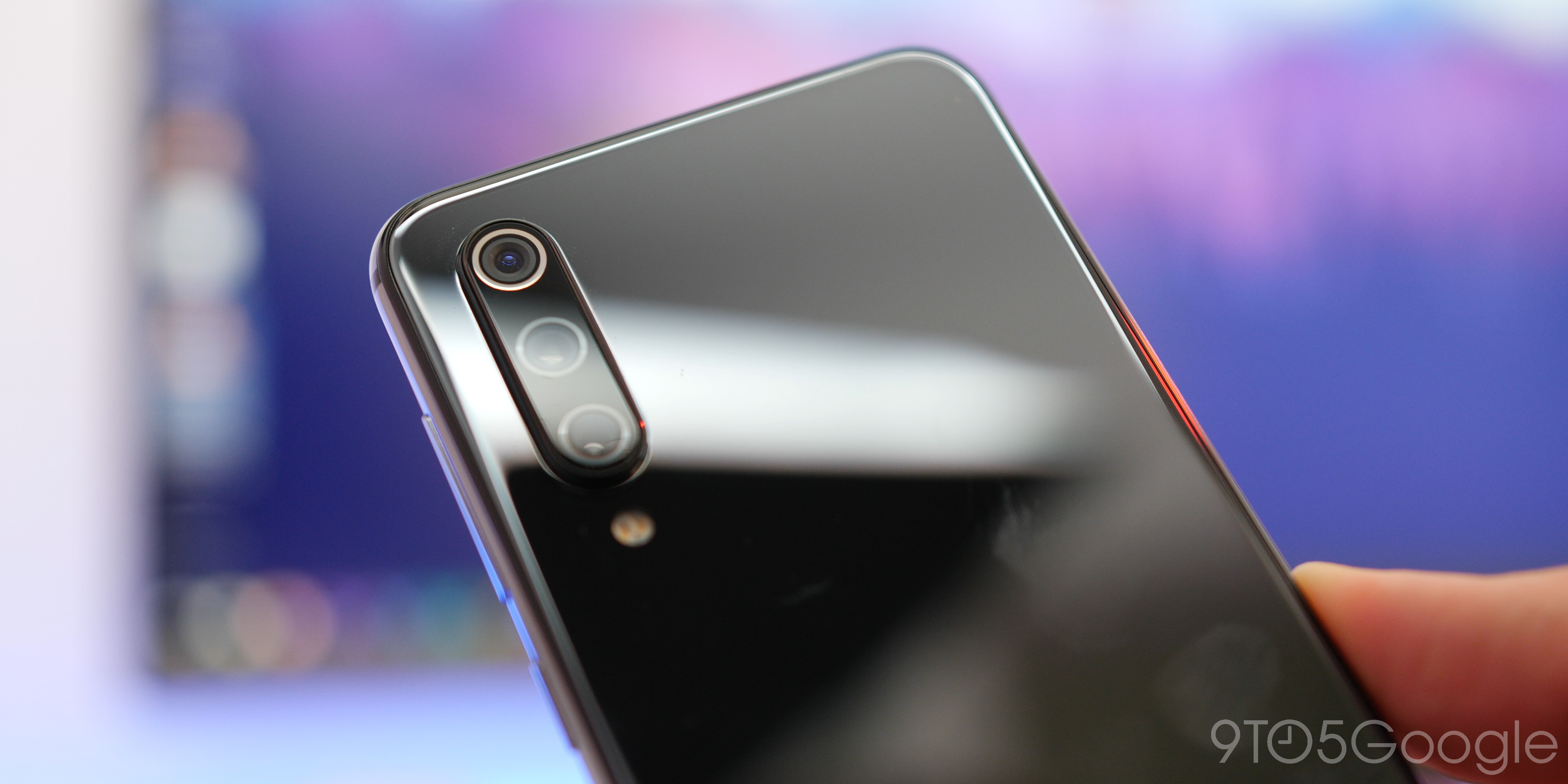 This is one area where compromises have to be made when your smartphone budget won’t stretch. The Google Pixel 3a has proven that you can compromise in the right areas to give you exceptional user experience and top-tier camera performance. I would love to say the Xiaomi Mi 9 SE can compete, it falls a fair bit short of the 3a.

That isn’t to say camera results are bad. Overall, camera performance is genuinely solid, and the triple lens setup gives you plenty of scope for experimentation and offers superb shot-taking capabilities. The triple camera setup consists of a 48-megapixel main sensor, an 8-megapixel 2x telephoto zoom lens, and a 13-megapixel ultra-wide angle lens.

The images out of the Mi 9 SE are pretty good. The auto HDR mode helps with daylight image quality and really makes a difference to the overall results you’ll get out any of the lenses within triple camera setup. The 48-megapixel sensor uses pixel-binning to produce 12-megapixel shots that are simply solid in every regard — sharpness, color, dynamic range, etc.

You can take full 48-megapixel shots, but the biggest problem is that they can get a little grainy and are more miss than hit for the most part. Night shots can be taken with the dedicated Night mode that boosts the quality in low-light scenarios but is not a patch on Night Sight on the Pixel 3a.

At the front, the 20-megapixel selfie camera is sharp, but like any selfie camera, it lacks the overall quality you’ll find at the rear. The beautification mode is on as standard, so you will have to dial that down to get the most of your selfies. Portrait effects are not great, but you get a number of options to tweak your selfies, which is always welcome. 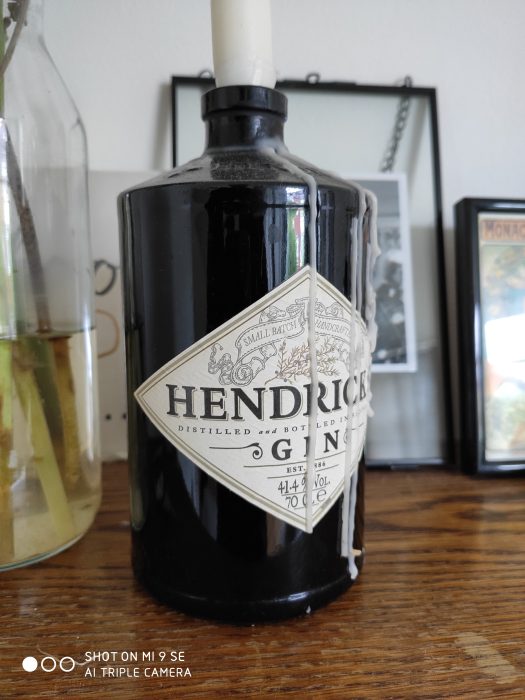 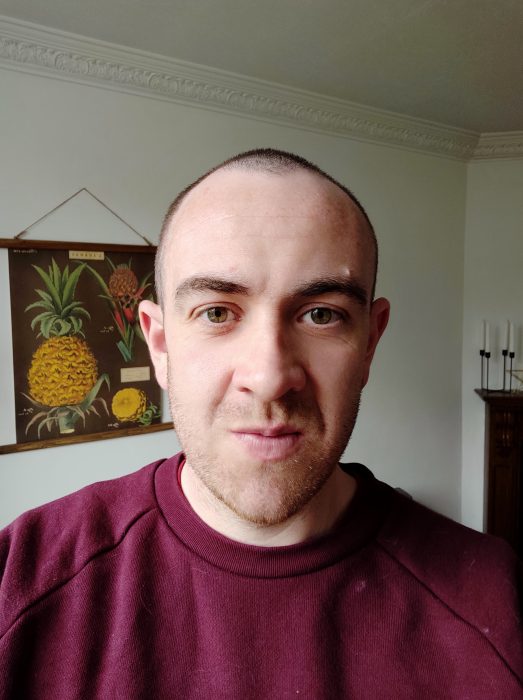 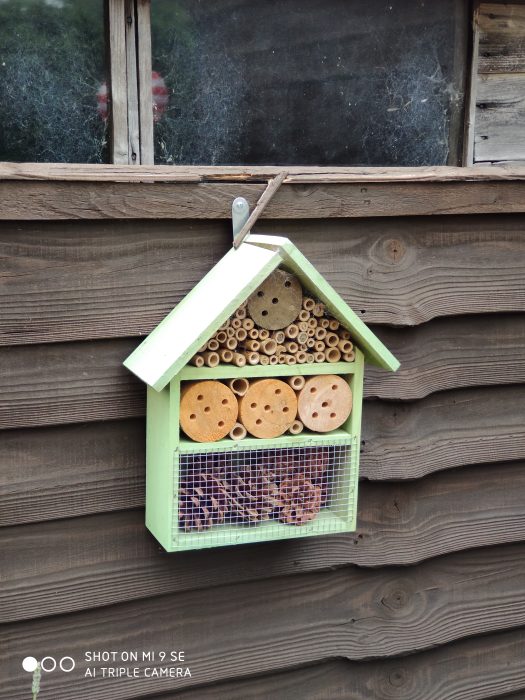 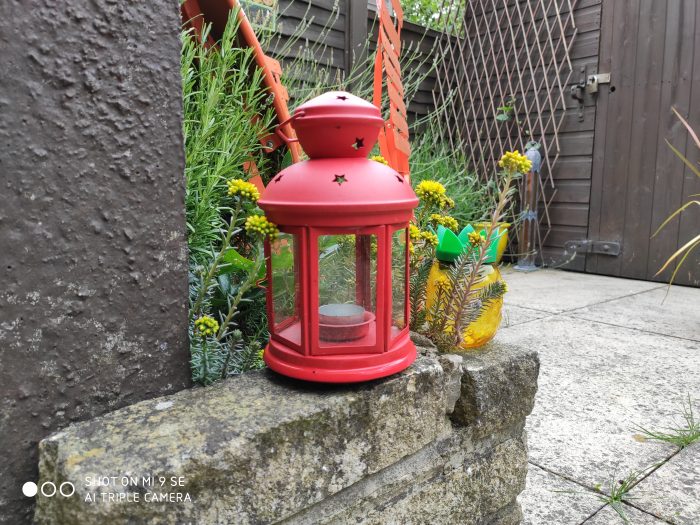 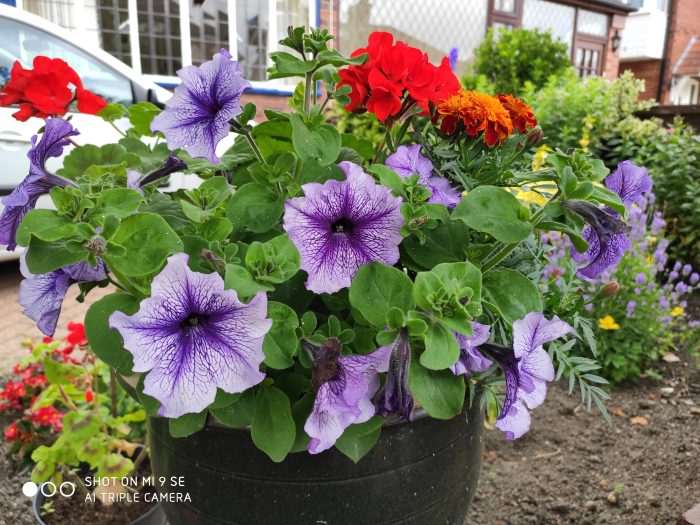 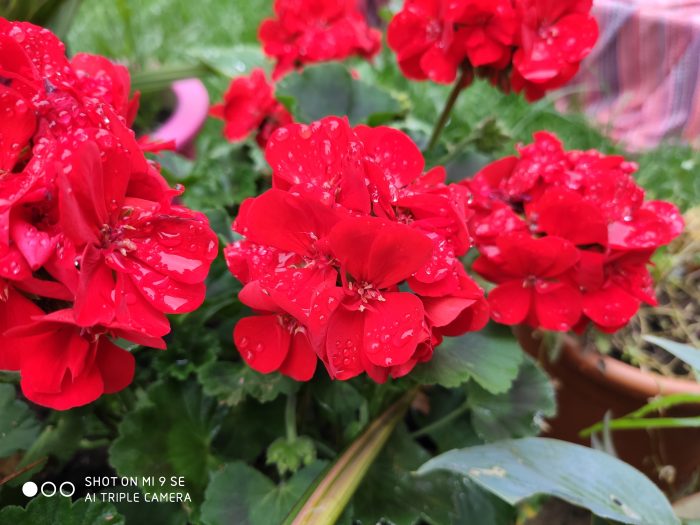 In video, the Mi 9 SE does pretty well. You can record in 1080p with EIS being the primary mode of stabilization, as there is no OIS. When shooting in 4K, you don’t have any sort of stabilization, so you may need a tripod or gimbal if you want to shoot in 4K. I found my footage to be far too shaky, so I would recommend sticking to 1080p.

The footage can also be a little bit oversaturated. I saw normally muted greens pop to life, but it’s not entirely accurate. I couldn’t see a way to turn this down within the settings, so I hope that a software update is able to fix it in future. 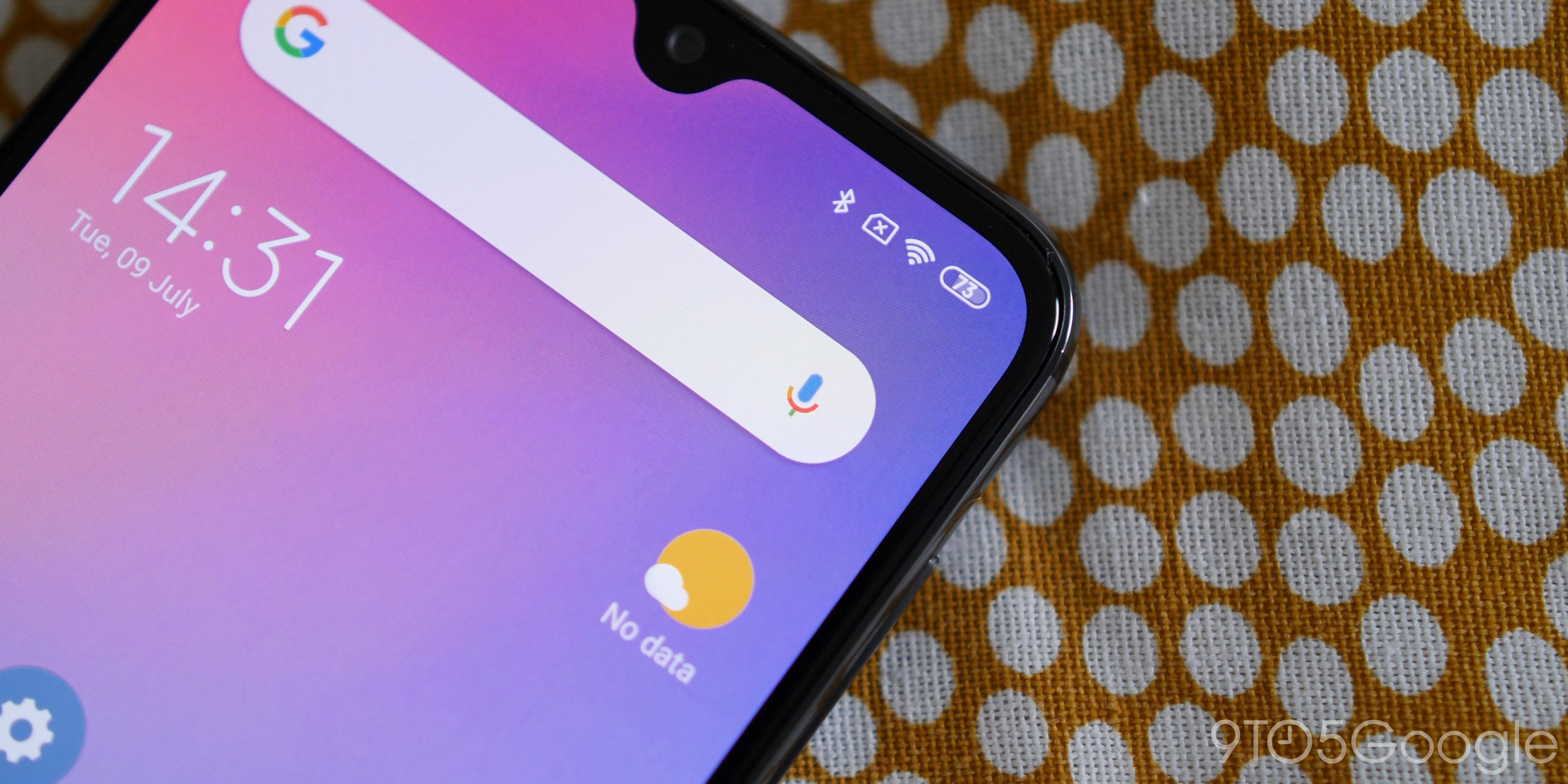 Considering the reasonably small battery by today’s standards, it manages to tug you through a day with a little left over to spare. I’m not sure if that is due to some battery optimizations courtesy of MIUI or something different entirely. You can make plenty of tweaks to help limit any background processes and reduce battery sapping.

I had a full day of what I would call normal usage that left me with around 20% power remaining at bedtime. On a few occasions, I had to charge for a little while for a bit of confidence before going out. The Mi 9 SE comes with an 18W USB-C fast charger. It will take you from zero to 100% in under an hour and 30 minutes.

Much like the Pixel 3a, there is no wireless charging included. It’s a shame given that the Mi 9 SE has a glass back, but it’s not too much of a big deal given that fast-charging is included.

For me, the mid-range is where almost all of the real innovation and value is to be had. All of the top-tier tech trickles down nicely into devices such as the Xiaomi Mi 9 SE. That means you get the best of both worlds: great design, solid performance, and a super price.

Like I’ve said in a number of recent reviews, the biggest problem is often the lack of official availability in the United States. For the rest of the world, it really isn’t a problem as the support networks are there, and availability is usually pretty good.

For anyone wanting a smaller phone, the Mi 9 SE is a fantastic option that much like the Pixel 3a, compromises in all the right places for a great overall experience.

Should you buy it? That’s a tougher question to answer. If you’re outside the US, then yes. It is simply sublime for the price. If you are in the US, it’s just so damn hard to overlook the Pixel 3a, which I would even suggest to most people who ordinarily look at more expensive phones.

Where can I buy the Xiaomi Mi 9 SE?

If you’re in North America, there are fewer places to get hold of the Mi 9 SE, but you can pick it up for under $325 at Amazon. Of the numerous Chinese import sites, Gearbest offers the device for the cheapest price, at around $260. Obviously, eBay has greater price fluctuations, but still remains a great place to pick up a device along with buyer protection.