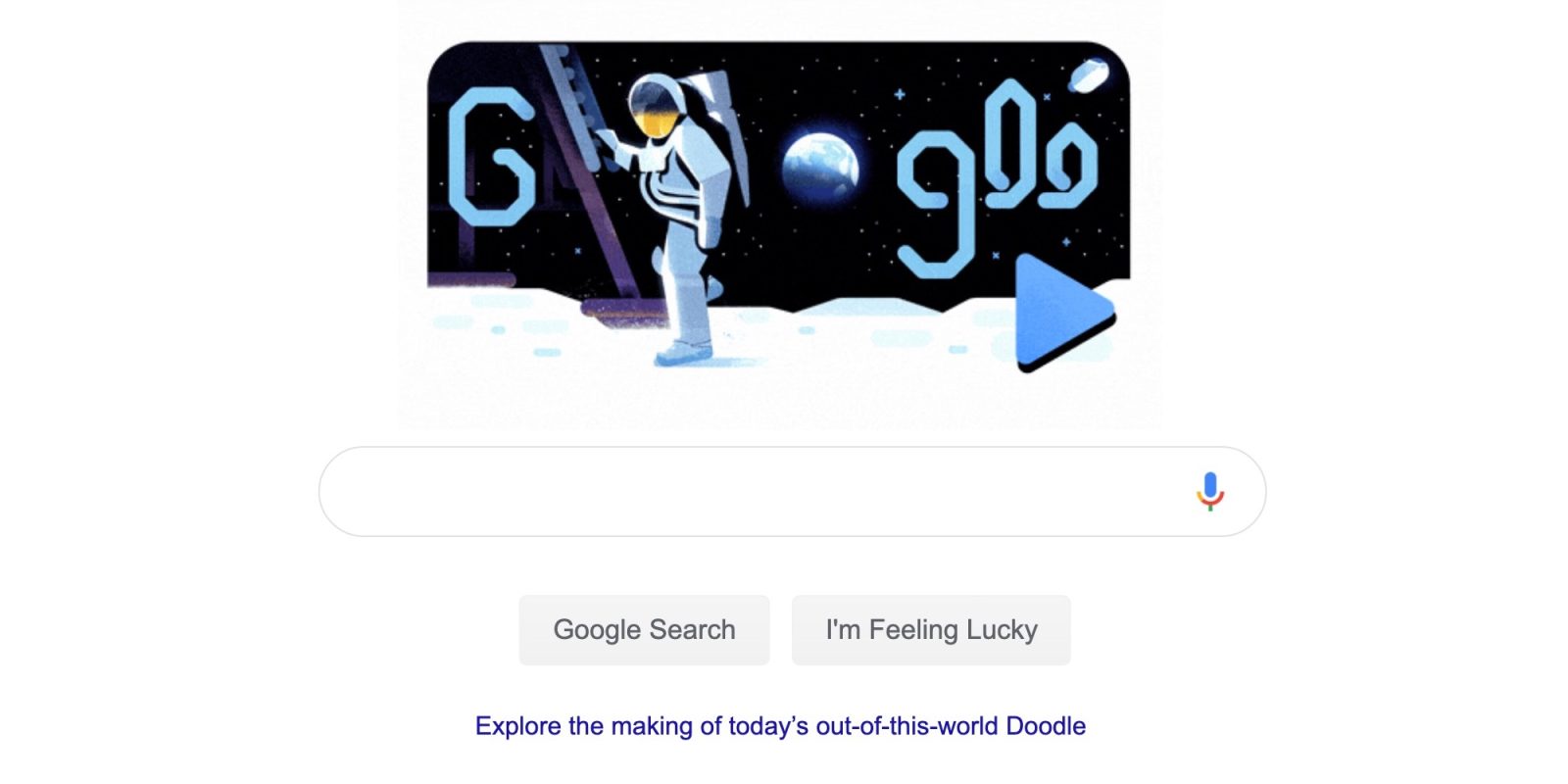 On July 20, 1969, the first humans landed on the Moon. The 50th anniversary of humanity’s triumph is on Saturday and many are celebrating the momentous occasion. Google’s is in the form of a video Doodle that features Apollo 11 astronaut Michael Collins.

Collins was the pilot of command module Columbia and was alone orbiting the Moon while Neil Armstrong and Buzz Aldrin descended to the surface on Apollo Lunar Module Eagle.

The astronaut narrated a short but packed YouTube video that takes viewers from launch to the Moon and back home. Google’s Doodle team “worked closely with NASA to understand the ins and outs of the mission and ensure the most accurate representation possible.”

In the Doodle, you can learn about the 400,000 people who worked on the Apollo project, the onboard computer, and the “barbecue roll” which was used to regulate the spacecraft’s temperature.

The over 4-minute Apollo 11 Google Doodle video is in portrait and intended for phone viewing, but also works on desktop. It provides firsthand knowledge, with delightful graphics.

The still Doodle shows an astronaut descending from a space vehicle with the spacesuit helmet making the first ‘o’ in Google, while Earth is the second. Sharp, blocky characters are used for the other letters, while the command module is in the top-right. A pulsating ‘play’ button invites users to watch.

Google also posted a “Behind the Doodle” video, with early storyboard sketches and concept art below: