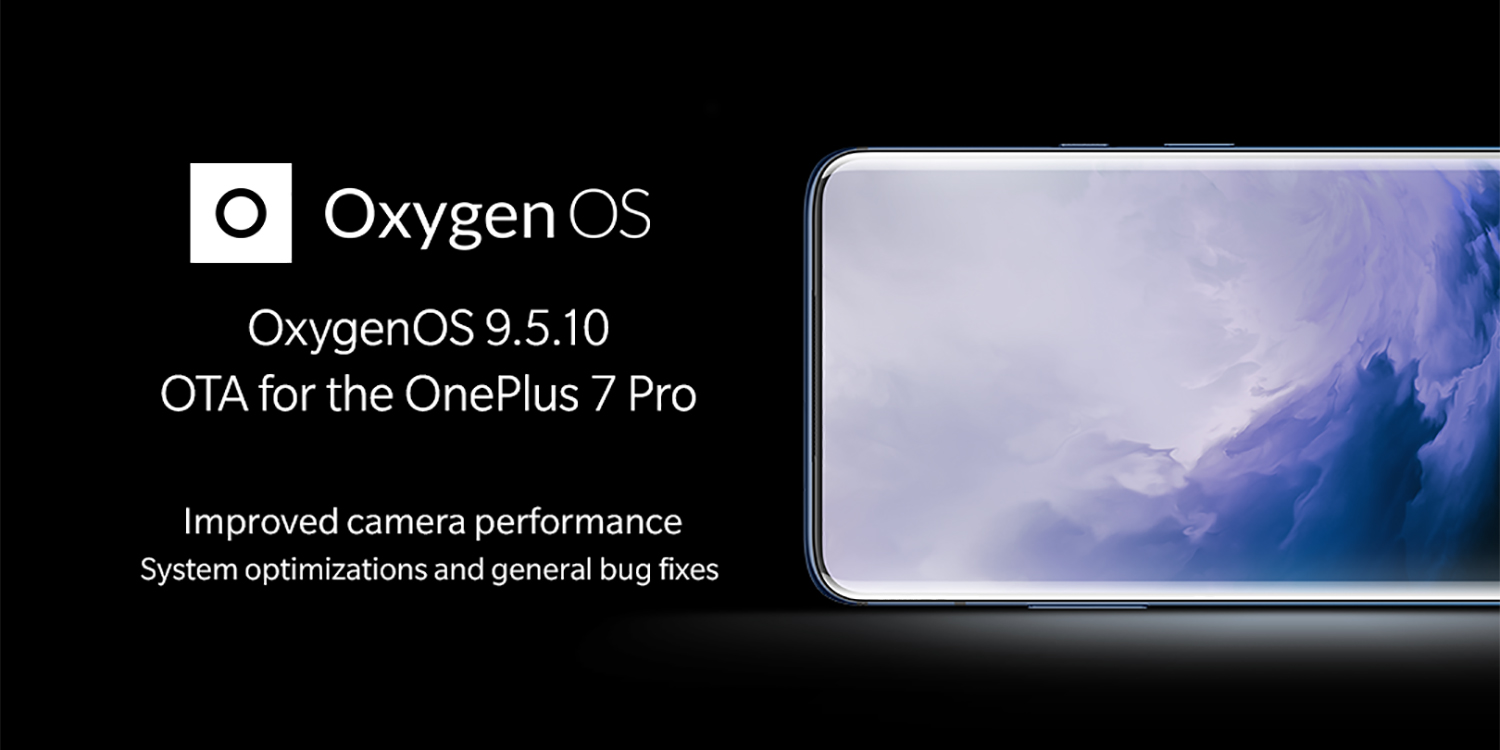 The previous OnePlus 7 Pro OxygenOS 9.5.9 update brought a ton of upgrades and improvements to what is already one of the best smartphones on the market. But that didn’t stop issues, as the OxygenOS 9.5.10 update is a full hotfix for the previous update and is rolling out right now.

Initially, the update has rolled out in patches, with many Reddit users reporting the OTA reaching their devices. It has since been properly announced on the Official OnePlus forums and confirmed as a partial rollout due to the nature of the hotfixes.

[Update 07/27]: For T-Mobile OnePlus 7 Pro owners in the United States we have some good news as the Oxygen OS 9.5.9 update is rolling out right now. The OTA is missing a few features that you’ll find on the global OnePlus 7 Pro model such as the assistive lighting for Face Unlocks.

Confirmed by owners over on the official OnePlus Forums (and Reddit), the update, unfortunately, doesn’t include any of the hotfixes that were included in the Oxygen OS 9.5.10 OTA after the original 9.5.9 update caused a few issues and was then subsequently pulled. It simply includes the July 2019 security patch, which is a big disappointment.

Of course, the 9.5.10 changelog does remain very much the same as the previous 9.5.9 update. That means it has quite a substantial changelog. The biggest of these being the improved touch sensitivity of the simply gorgeous 90Hz display.

Avid readers of the OnePlus forums will have seen plenty of complaints about the soft vibration issue on third-party apps. This has now been resolved according to many who have installed this latest OTA.

While the new camera setup is a major step up from previous OnePlus devices, some owners have still complained about camera issues. The OxygenOS 9.5.10 update includes a ton of camera performance tweaks that should provide the boost that certain people were hoping for.

As we have mentioned, the OxygenOS 9.5.10 OTA is rolling out incrementally. That means that it may not reach your device until this initial rollout phase has completed. Although it is worth noting that you are able to sideload and install the update locally using services like Oxygen Updater via the Google Play Store if you simply can’t wait.