OnePlus 7 Pro: Some of the best third-party cases [Video] 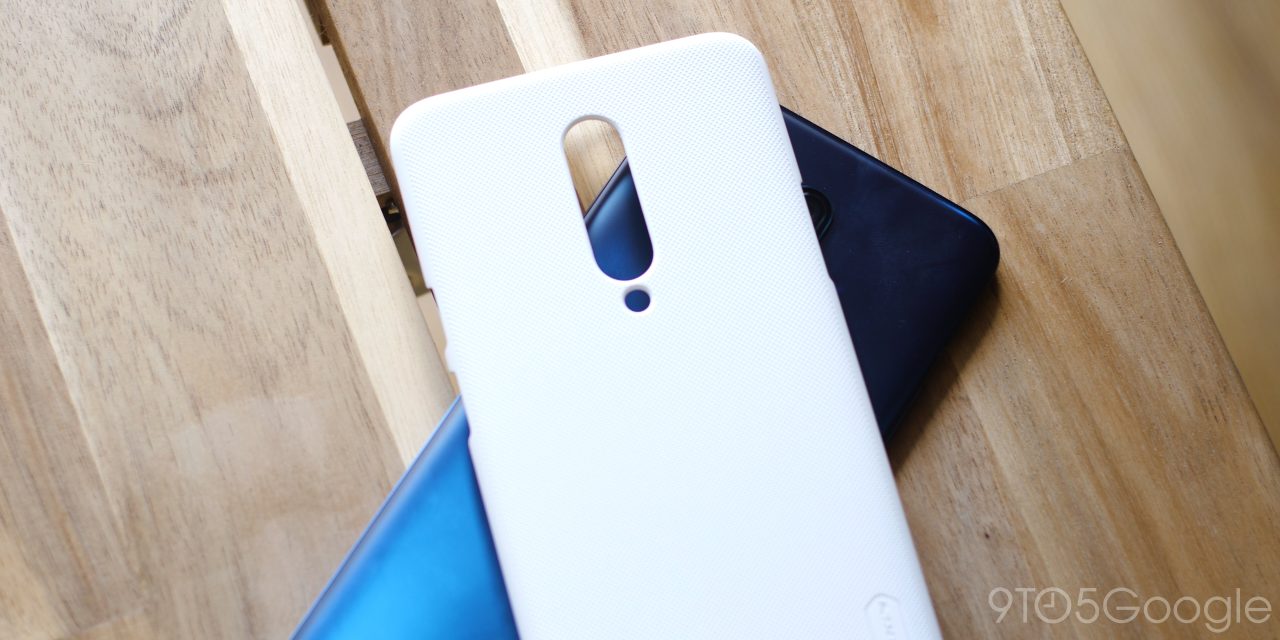 The OnePlus 7 Pro is the best new phone you can buy right now. Yes, it has some compromises that hardcore OnePlus fans will miss — wireless charging is one I hear a lot. It doesn’t, however, lack power, looks, and outright smoothness. But it has a design that you will want to keep safe from damage, so a case is an absolute must.

Given that the Nebula Blue and Almond colors are so striking, you may find it hard to want to put a case on the OnePlus 7 Pro. That said, I am personally a stickler for protection on every device I own and review, which means I often scour the web looking for a case that fits my own style. Because of that, I’ve done the same with the OnePlus 7 Pro to find some of the best third-party options.

Another thing that may pose a problem is the pop-up camera. It’s fine with official cases and if you keep the OnePlus 7 Pro naked, but there are some cheap options that don’t accommodate the pop-up shooter. I’ve trialed quite a few to ensure that all work perfectly with the pop-up selfie camera — so you can be sure that all listed below fit.

So here are some of the best third-party cases for the OnePlus 7 Pro. 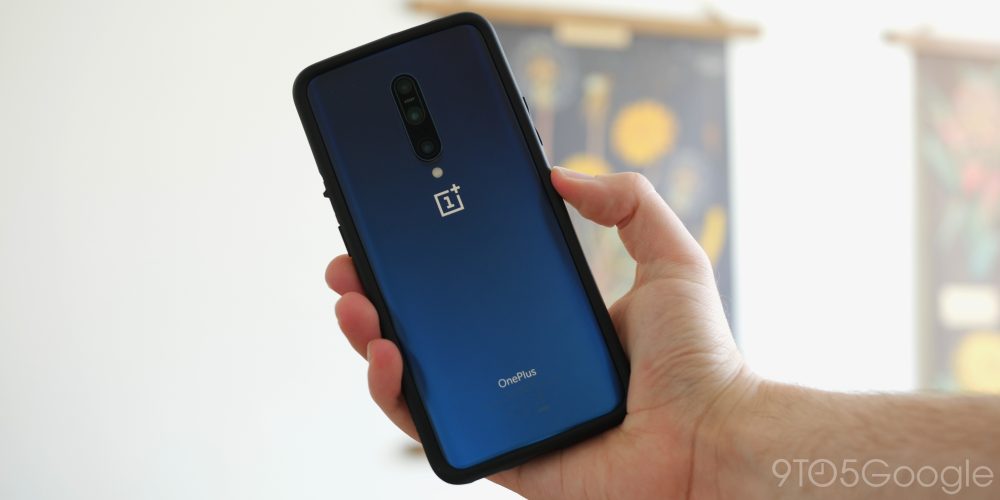 You have a gorgeous device in a color that you want to flaunt, so why cover it up?

Rhinoshield is already well known, but I’ve never owned one. The Nebula Blue OnePlus 7 Pro is just too nice to not display, so the CrashGuard is a great option.

Made in a bumper style, it protects the shiny blue metal edges from scuffs, dings, and scrapes without ruining the device’s aesthetic. I especially love the button cut-outs. The alert slider gets a little nubbin that you can flick much more easily than when not wearing a case, and I’d love to see more case manufacturers add it to their accessories. 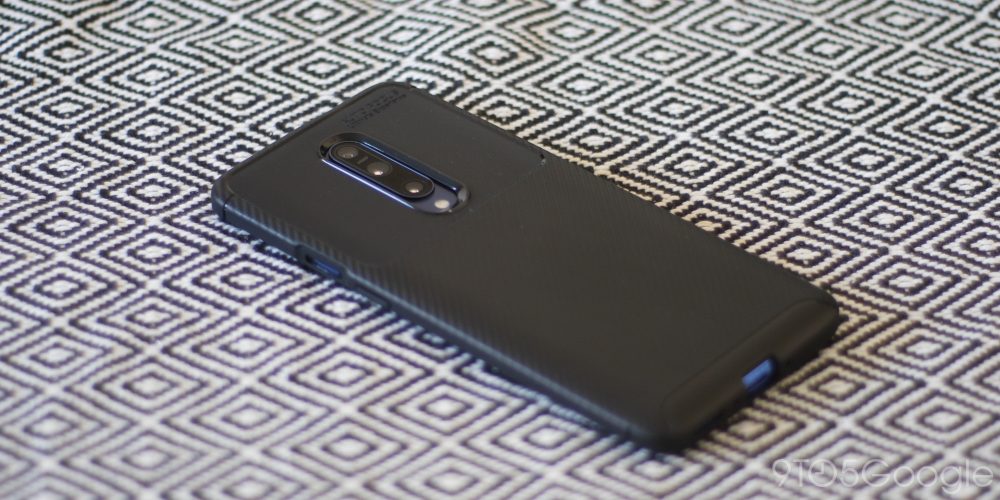 EasyAcc makes a ton of affordable smartphone accessories for popular devices, the OnePlus 7 Pro included. I’ve been rocking two of their cases, one being a sort of homage or replica of the popular Spigen Rugged Armor, and the other being a plain case that offers protection without adding too much bulk.

While the sleek black option is great for that minimal aesthetic, the grippy, carbon fiber option is more for sticking on if I go to the gym and don’t want the massive OnePlus device to slip out of my sweaty palms.

The EasyAcc Slim case in matte black comes in at just under $10, and the carbon fiber version is just a tad shy of $15. 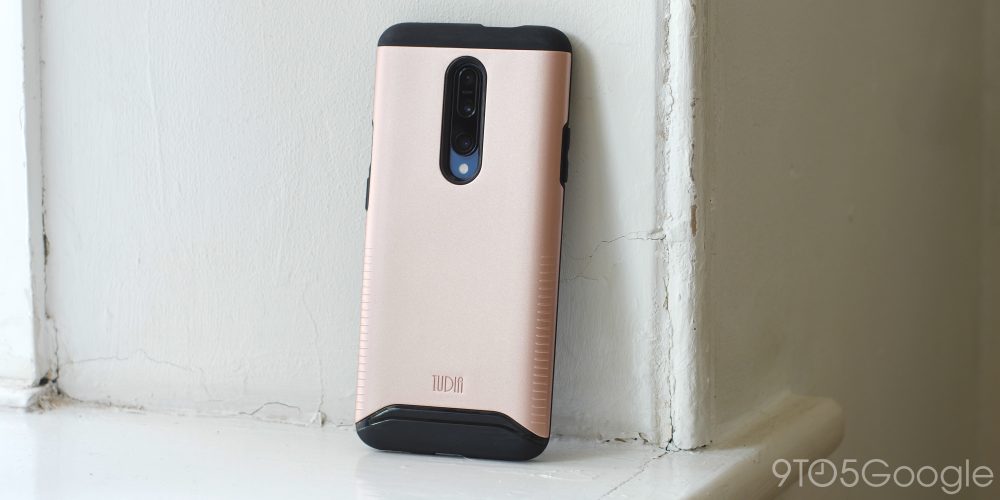 The Tudia Slim Fit Merge case for the OnePlus 7 Pro is a two-piece option that not only adds protection but also adds a flash of color. I personally picked up the rose gold colorway, as I really do like a pink or salmon smartphone case. The smooth plastic back and two-piece structure gives you a striking look plus some protection on top.

I like that there is a small lip around the edge of the front to help raise your OnePlus 7 Pro display above a table or desk when you set it face down. That would also provide extra protection should you drop it at an angle or directly downwards.

At just $11, the Tudia Slim Fit Merge case is a really good alternative to the Spigen Tough Armor case, which retails for $17. 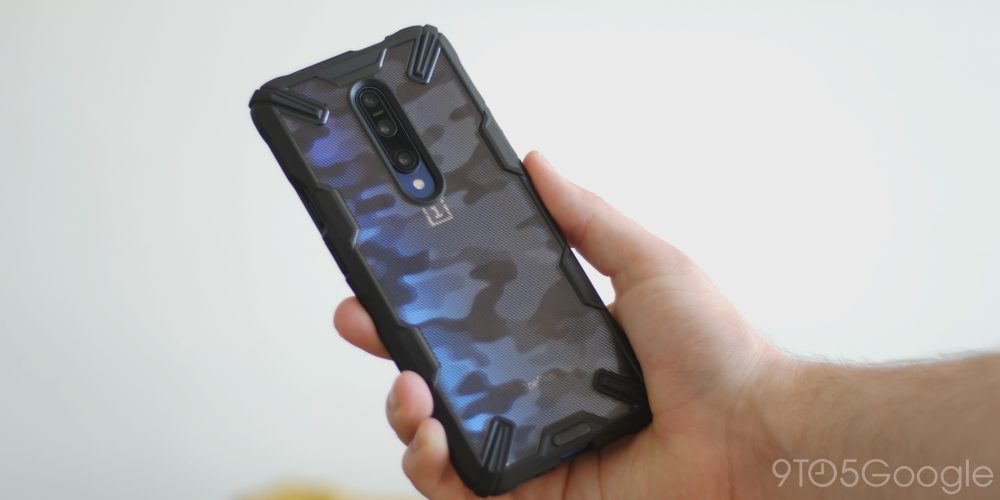 If putting a skin on the back of your OnePlus 7 Pro isn’t a priority, or you want a clear case that still manages to add a bit of flair, the Ringke Fusion X Pro Camo is a superb option.

The semi-clear back panel is textured, so it will give you extra grip. It should also protect the case from tears and scratches itself, as it is a hard but relatively flexible composite material. That camo design has a neat 3D look that really makes this stand out from other clear bumper-style cases.

At $13, it is a really well-designed case that still allows you to admire the back of your OnePlus 7 Pro while adding an extra layer of style. If you would prefer a straight clear option, Ringke makes the Fusion X Pro in black, blue, and red at the same price. 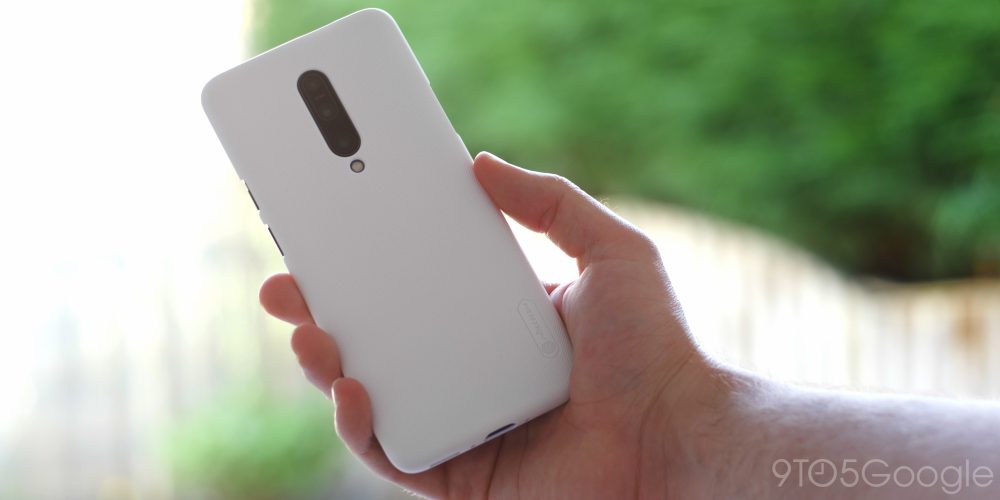 Name aside, the Nillkin Frosted Shield is a superb case, especially in white. You can pick these cases up in a number of colors, and although white cases can get grubby or discolor over time, I just had to have one.

The dimpled back gives exceptional grip, while the cutouts are laser cut but still offer protection rather than leaving a huge gaping hole where a drop at a bad angle could result in damage.

At $11, alongside the CrashGuard, the Nillkin Frosted is arguably my favorite third-party OnePlus 7 Pro case. 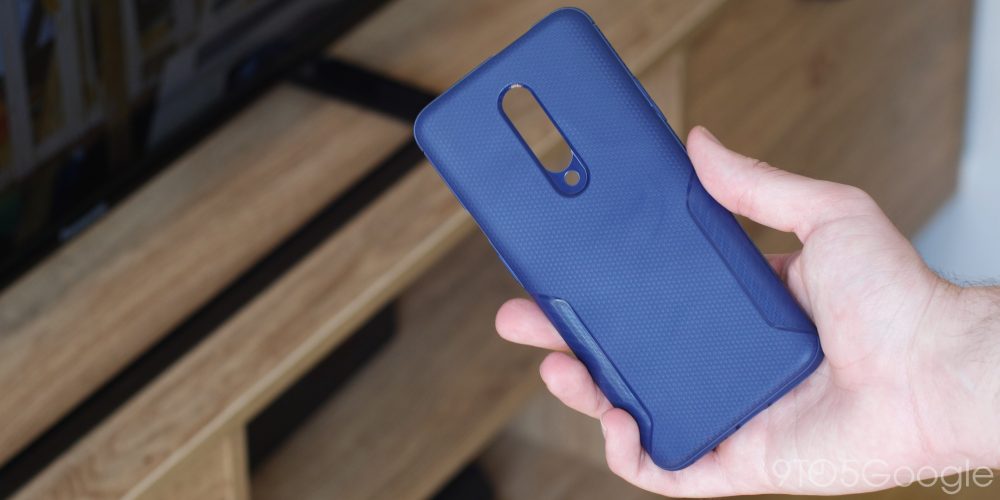 We’ve talked about Ferilinso before, but on those occasions, it was with regard to tempered glass screen protectors. The company also makes cases for phones such as the OnePlus 7 Pro. While they aren’t the fanciest, they mix a bit of the rubber texture found on the Nillkin case with some carbon fiber accents for a pretty unique look.

The cutouts for the USB-C charge port and buttons are also really nice. I find the button covers to add another layer of tactile feedback that isn’t present when using the OnePlus 7 Pro caseless.

Plus, at $8, it genuinely offers great protection, looks pretty good, and adds some extra grip. I don’t think at that price you can ask for much more.