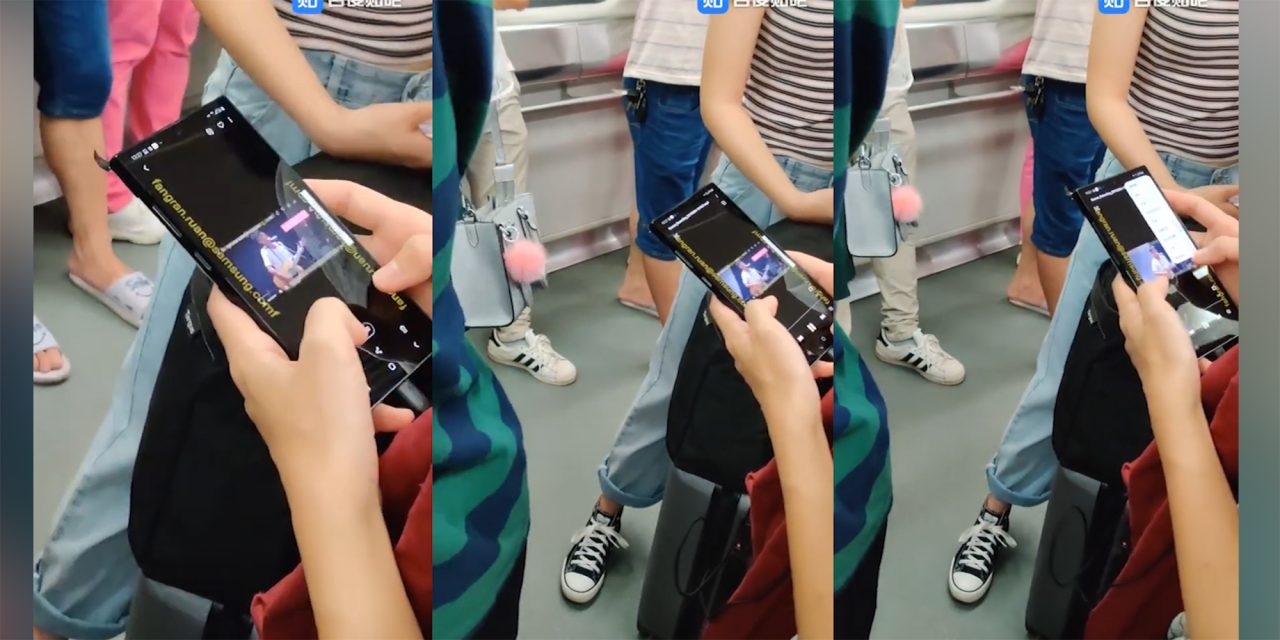 We’re just a few short months away from the launch of Galaxy Note 10+, which means we are in ripe leak season. Given we already know quite a bit about what to expect from the upcoming Note, we haven’t had a real-life glimpse, until now.

The Galaxy Note 10+ has now broken cover thanks to a series of hands-on leaks courtesy of @TechTalkTV. The design is as we saw in a series of renders previously, with an almost all-display build and solitary punch-hole notch.

[Update 08/05]: Now we’re into Note 10 launch week, the leaks could seriously ramp up ahead of the unveiling. The Note 10+ has since been spotted and subsequently recorded being used on a subway in South Korea (via Weibo).

You can see the watermarking on either side of the display that denotes that this Note 10 model is either a Samsung staff member of mobile carrier staff device. The display looks a real handful based upon the person using the phone but it’s our first snippet of the device in action — and really has us excited to see more.

[Update 08/01]: Yet more images have surfaced of the device in the flesh, but there is also some room for the upcoming Galaxy Watch Active which we’ve seen plenty of thanks to leaked renders and even some FCC hands-on photos. Grabbed on what appears to be South Korean public transport, we get a closer look at the punch-hole in action for the first time.

The black border appears to be a little smaller than on the Galaxy S10e and regular S10 too — which might appeal to some out there. We already knew that One UI allows you to keep on-screen navbar icons, but they will be especially welcomed by those who are not fond of the pretty lacklustre One UI gestures.

[Update 07/31]: Thanks to yet another leak shared by notorious leaker @IceUniverse — that originally came from a now-deleted Twitter account — we’ve got a proper crystal clear glimpse of the Note 10+ in the flesh showing the power-on splash screen and the central punch-hole notch. There really isn’t a great deal else to see beyond the design.

As we inch ever close to the Unpacked 2019 event on August 7, expect the leaks to seriously ramp up. The design matches up with the renders, but we don’t know why two portions of the image are blacked-out. Possibly the pre-release software would give the original leaker away. 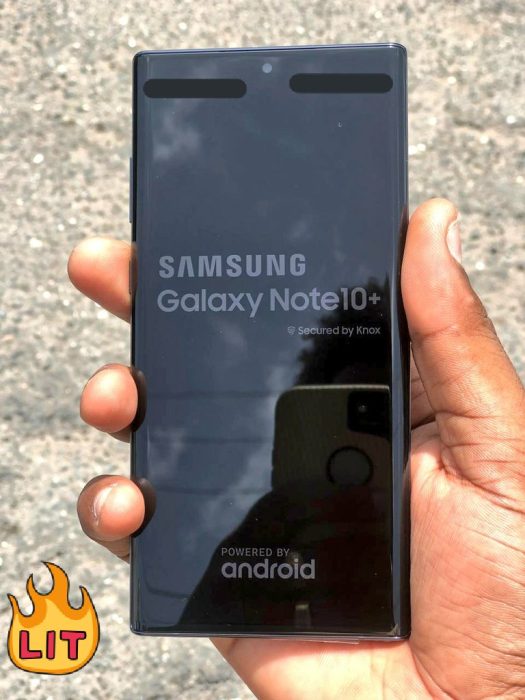 We thought that this model may be called the Galaxy Note 10 Pro but Samsung seems to have dropped the “Pro” naming and opted for Note 10+, as confirmed by the boot screen in these new image leaks.

This device looks set to be a mammoth handset with plenty of screen real estate to enjoy. Whether the central punch-hole notch is an eyesore depends on how you feel about notches over display holes. At least this time it is centrally placed rather than off at the side.

You can also just make out the soft curves at the edges of the display. A prominent part of the Galaxy line since the Galaxy S8 days, it’s a polarizing design feature, but we’re sure some will love.

We’re also treated to a ridiculously blurry rear camera setup image. The placement of the camera array is as previous renders have predicted. The Note 10+ will come with a triple camera setup on the upper left of the handset. That is very similar to the latest A series of devices from Samsung, although the Note 10+ does lack the rear-mounted fingerprint sensor. 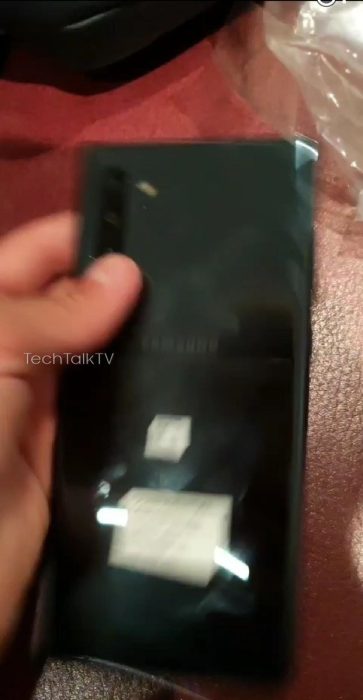 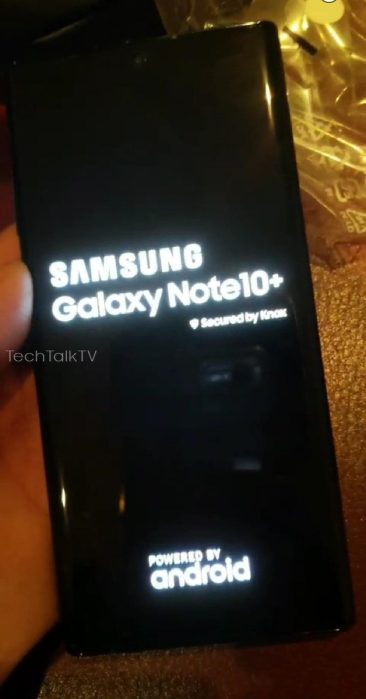 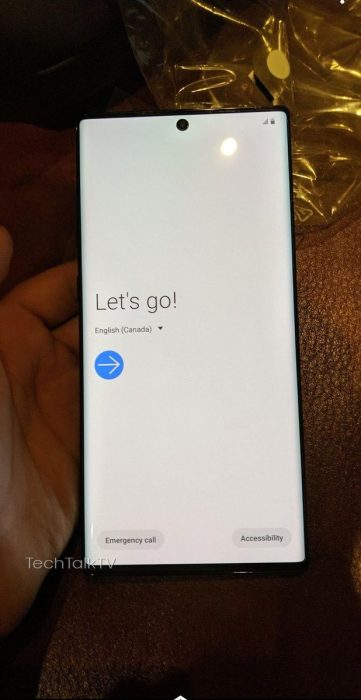 Unfortunately, this is a mere glimpse, and we’re not able to gather any other information. It would have been nice to have seen the S Pen and confirmation that the headphone port is set to disappear. At least we now know what to expect in the looks department.

We’re expecting the Samsung Galaxy Note 10 series to be launched at some point in August — given the superb Note 9 launched in August 2018. What are your thoughts now seeing the device for the first time in the real world? Let us know in the comments section below.