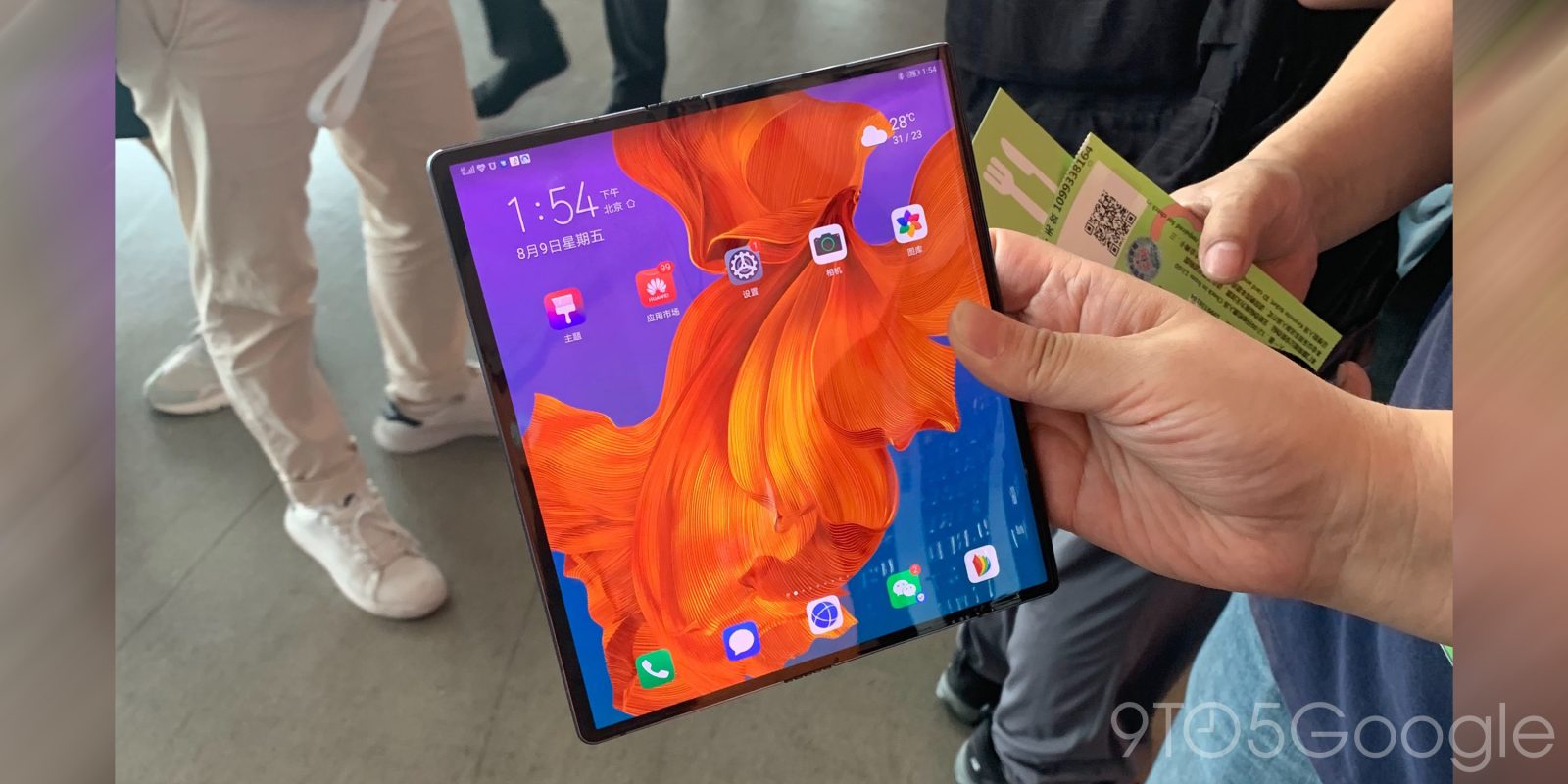 Folding phones have endured a rocky start ever since the Samsung Galaxy Fold hit a snag and had to be pulled from sale. Noticing the well-publicized problems, Huawei initially delayed the launch of its own foldable — the Mate X.

According to TechRadar, it appears that another delay will see the Mate X launch date slip to November. That means that we are likely to see the Galaxy Fold beat the Mate X to market. They note that the early ‘cert’ version they saw at Huawei’s Shenzhen HQ is only slightly different from the phone we saw in Richard Yu’s hands just a few weeks ago.

[Update 08/19]: Some official images and core specs have now leaked of the refreshed Mate X courtesy of the Chinese TENAA authority (via PlayfulDroid). TENAA is China’s equivalent of the FCC. These updated images show the updated Time Of Flight sensor right below the triple camera setup. You can also see the updated sleep-wake button.

We already had an idea of the internals, which are still listed as a 6GB of RAM, 128GB storage base. There is also room for an 8GB of RAM, 256GB storage and 12GB of RAM, 512GB storage option. All models will come with a 4,400mAh battery according to the listing.

Feast your eyes on the updated design below.

We were led to believe that we could see the Mate X launch in early September — potentially alongside the Mate 30 and Mate 30 Pro. The problems that Samsung experienced with Galaxy Fold actually pushed engineers and designers to essentially halt all production and make the necessary changes to ensure a smooth and faultless release.

Having been in China myself recently at the Huawei Developers Conference, I managed to snag a quick close-up look and feel of the supposed refreshed Mate X. Having no point of reference for the old design, I instinctively examined the fold from the front and back of the display.

TechRadar also notes that the final version includes a slimmer lock button that “runs flush when the phone is placed flat.” There have also been some enhancements made to the hinge. The hinge is not expected to be made of carbon fiber either — something I was unable to check myself.

Huawei appears to want to launch the Mate X ahead of the upcoming holiday season globally and the Chinese Spring Festival in early 2020. We’re still hoping for an unveil of this new design alongside the rumored September 19 launch of the Mate 30 family.