EMUI 10 hands-on: Not an extensive upgrade but a massive step forward [Video] 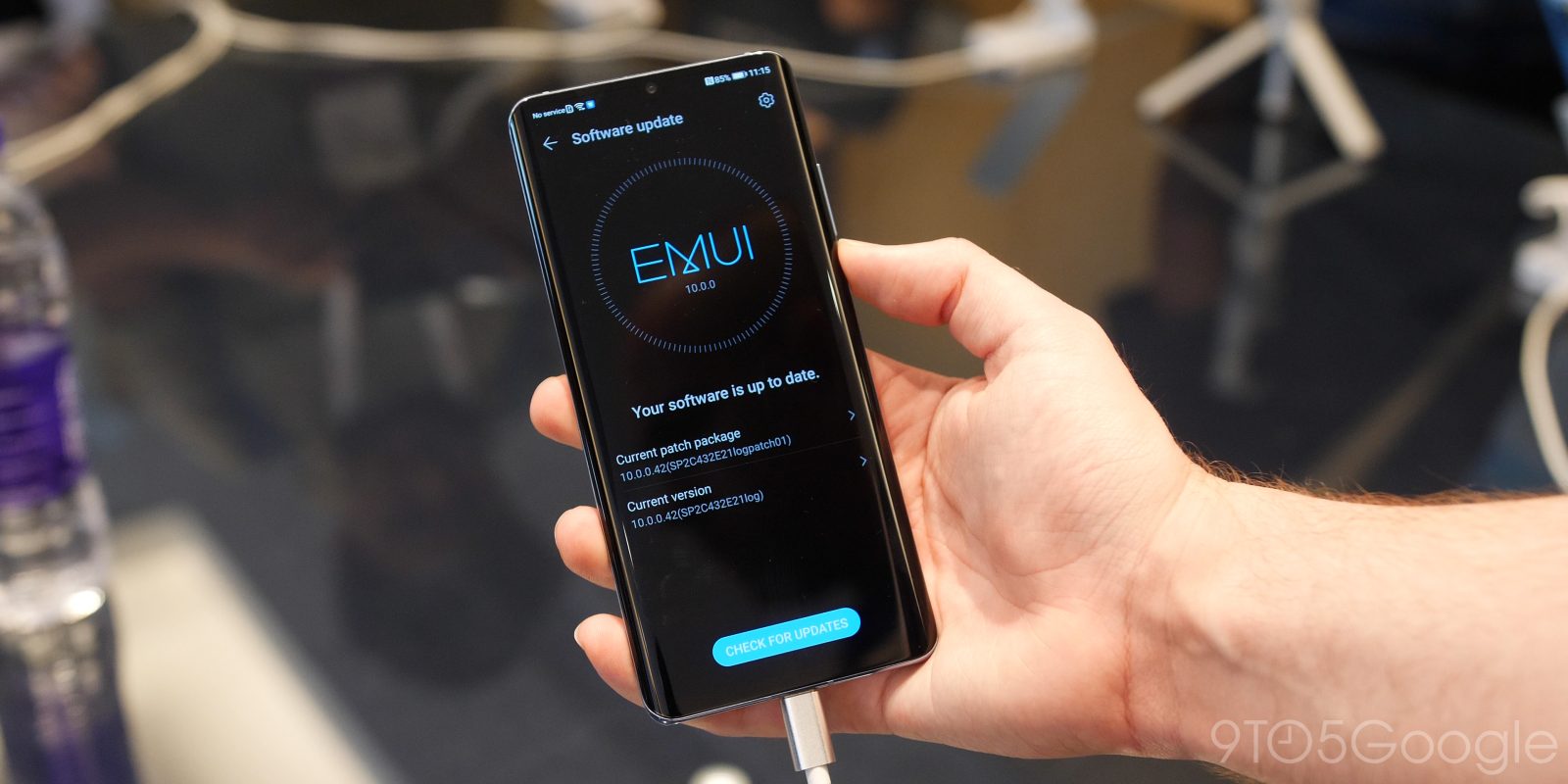 Huawei’s brand new EMUI 10 update is one of the first waves of Android Q re-skins and even with the release of HarmonyOS, is being backed by the Chinese OEM despite on-going US tensions.

In the past, we have been critical of the third-party build of Android, including the most-recent Pie build. The number of additional features and tweaks are not to blame for some of the issues that persisted with older versions of EMUI. Instead, it was the overall design that left a lot to be desired — and a bad taste in the mouth.

With EMUI 10, Huawei is seeking to address many of the complaints — that mainly stem from Western owners — and even during our short hands-on session, it’s clear that this build of Android Q is already a massive step-up over previous iterations. It already feels way less like iOS-Lite than it ever before.

So with all of that said: these are our initial hands-on impressions of EMUI 10. 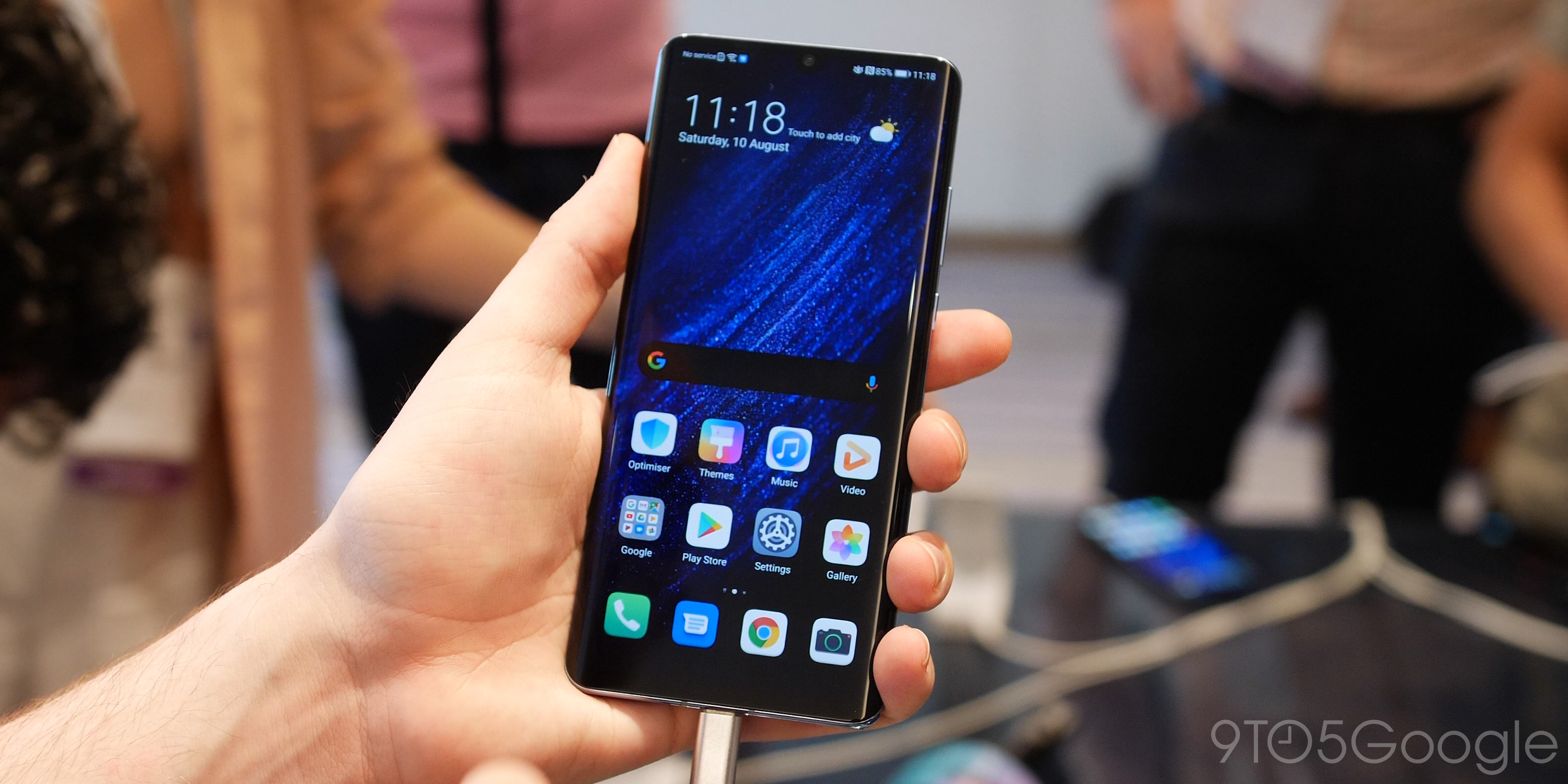 There is no denying that out of the box, EMUI has always been a pretty feature-laden experience. EMUI 10 is no different in that regard. Many of the old favorites return here and ensure that nothing feels “missing” like you may see in other third-party Android builds.

It’s fair to say that because of the number of features already present in many third-party skins such as EMUI, stock Android — in many regards — has had to play ‘catch-up’ when adding extras like a native screen recorder or an in-built dark mode. Because EMUI already had many of the Android Q features in previous builds, I can’t say that I would consider any of the new additions particularly “killer”.

They feel more like refinements here and there, though there are upcoming features like a new always-on display mode. It clearly mimics the customizable lock screen found on some Samsung phones — which is no bad thing. The difference here is that Huawei’s implementation adapts to the time of day and changes both brightness and color for a more pleasing visual effect.

This may be a neat but mainly aesthetically appealing feature but unfortunately, it was not available during our hands-on time with EMUI 10. Although we have been assured that it should come in an update sometime around October. Like the Good Lock option on Samsung phones, Huawei will allow third-party developers to create their own customized lock screen clocks, icons, and more.

One of the most exciting aspects of this always-on display is the ability to sync with your Watch GT smartwatch display, giving you at-a-glance information direct from your wrist, right on your phone lock screen. Although that kind of defeats the purpose of having the watch in my opinion.

In terms of features, EMUI 10 is still as stacked as it has been in the past. It still refines much of what irks many of us — which is often the design, look and feel. 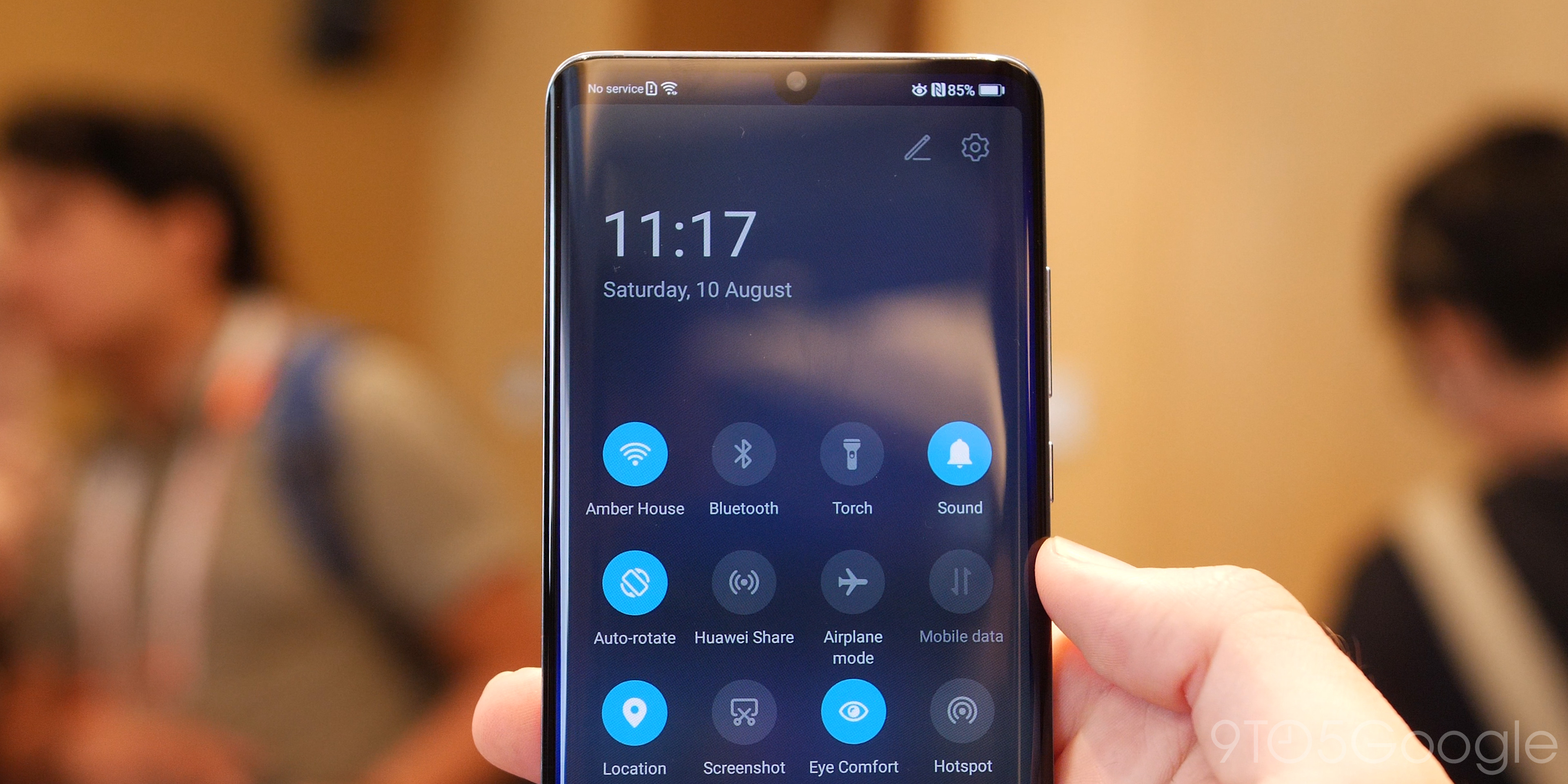 Huawei was keen to stress to us at their — now annual — developer conference that EMUI 10 has had a huge overhaul in the design stakes. They weren’t kidding, as this is easily the best-looking refresh of one of the most-used and installed Android forks out there.

EMUI 10 feels like it hasn’t been as over-designed as it has in the past and although it still has some iOS-like touches here and there, it feels closer to stock Android than at any other point in its lifespan. This is especially clear in certain portions of the UI.

Every single pre-installed app has had a visual tweak or upgrade. I will say that duplicate apps are still a problem and pain point but at least they look much better when launched from your home screen. Plus the app icons themselves have received a much-needed lick of paint and re-think.

Affecting both form and function, the new one-handed design of many of the pre-installed apps definitely takes cues from Samsung’s One UI. It places much more of an emphasis on whitespace and reachability. I can’t say I’m a huge fan personally, as too much whitespace can make an app feel barren or lacking in information. 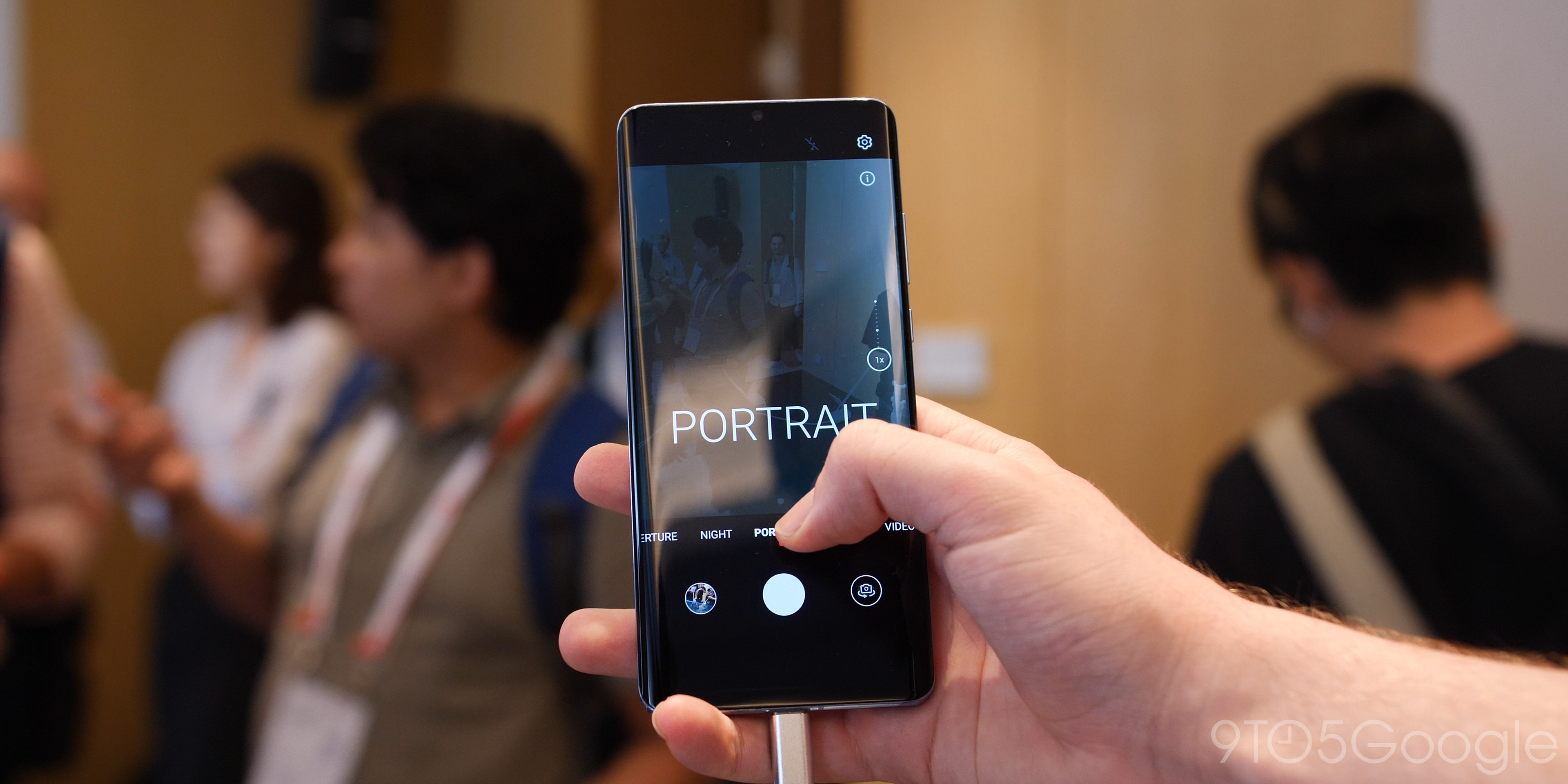 This is a minor gripe though, as every core EMUI 10 app now feels more visually appealing than previously. The design team behind this choice has said that a “magazine-style” design ethos was followed to help with legibility and consistency. That means that you can see it in action across the number of Huawei-made apps installed on your device. Every app does now feel much more conjoined or “similar” without really hindering your ability to do the same things as before.

Apps like the Gallery, Clock, and Calendar now look to me like an actual viable alternative to my more preferred Google implementation — which is not something I thought I would hear myself say.

The camera has finally had an overhaul in the looks department without sacrificing any functionality whatsoever. It looks much cleaner and more consistent with the rest of the updated UI too. Given how extensive the controls and capabilities of the Huawei camera system are, this is one of the best moves made with the EMUI 10 update in my personal opinion. 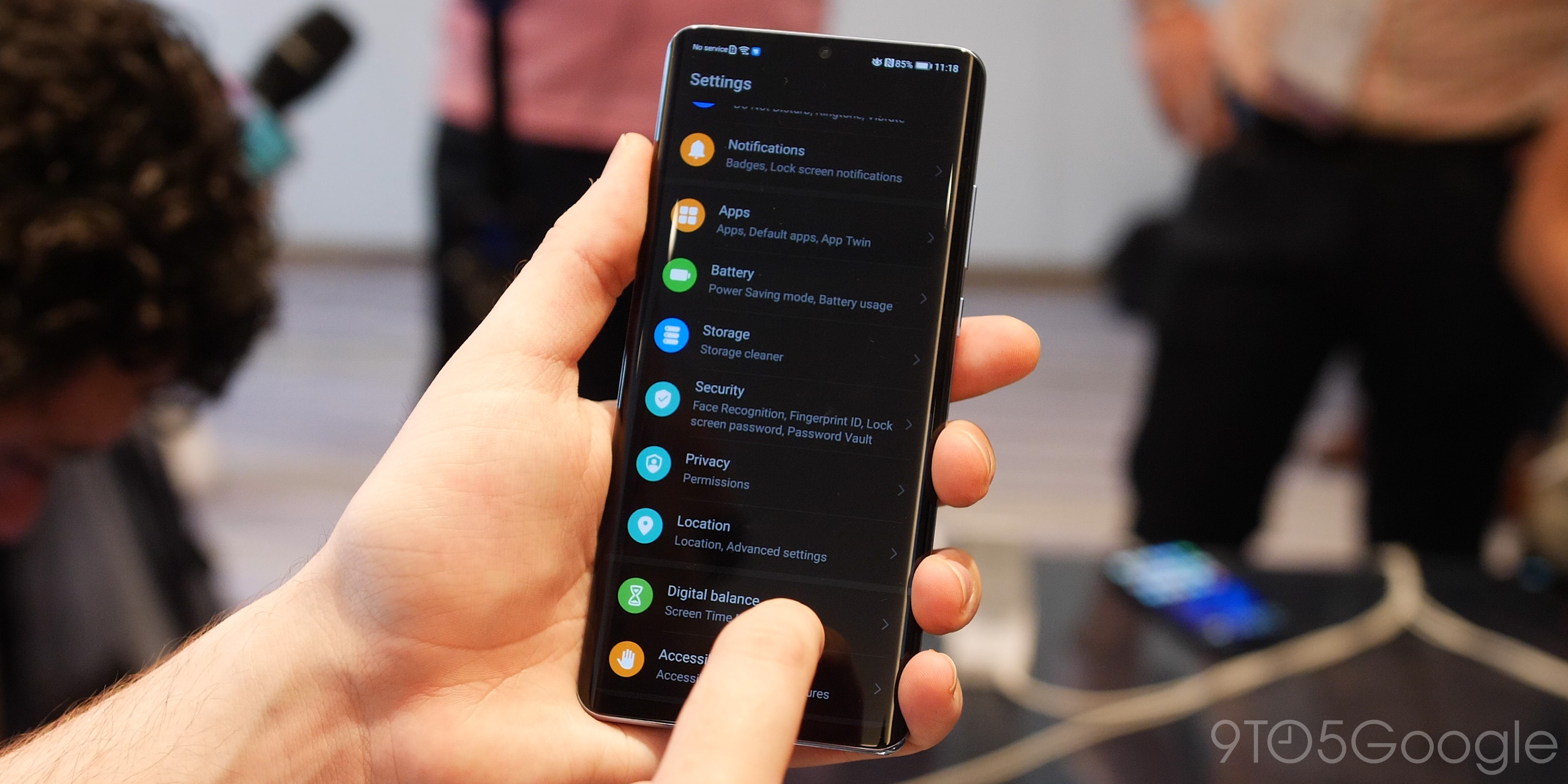 Because of the implementation of new animations and more refined gestures, the entire experience does feel fast. I wouldn’t say that the P30 Pro was slow at any point previously while running Pie, but EMUI 10 running in the device does make things feel a tad snappier — especially if you do opt for the gesture navigation method.

The change in the animation method is one of the core reasons for this. There is more emphasis placed upon inertia when you swipe out of applications into your home screen or swipe up into your recent app switcher.

Giving gestures more ‘weight’ makes you feel as though swipe force and speed has an effect on actual performance — which I’m pretty sure is just the placebo effect in action. The Huawei P30 Pro is a snappy device when running Android Pie regardless but I wouldn’t be surprised to see some refinements thanks to the Q update and then yet further improved performance once the Mate 30 Pro comes in late September.

I’ve personally been pretty critical of the look and feel of EMUI in the past. But I have to say that during my initial hands-on time with EMUI 10, there are so many signs of promise that it might actually have banished much of my potential future criticism. I can’t say that EMUI 10 will usurp Oxygen OS as my favorite third-party interpretation of Android though as it is far too early to tell. Even with that said, I’m pretty sure that it could easily grow on me.

The main UI changes and improvements have EMUI 10 feeling much more up-to-date and way less cluttered. While the design of new sections and cleaner overall look and feel have me confident that the third-party skin will develop into a much more palatable alternative so long as Huawei can keep Android as their main smartphone OS.

It does also pose the question as to just how much time has been invested in HarmonyOS for smartphones — which does have a potential life on the Mate 30 and Mate 30 Pro if an outright Android ban forces Huawei’s hand. Will EMUI 10 design principles carry over to this new OS on smartphones? Given the only device running the alternative is in-fact a TV, it still isn’t clear.

Overall though, as one of the first OEMs to give us a glimpse at their full Android Q build, EMUI 10 is actually shaping up to be a pretty solid, reasonably good-looking and even more well-timed update.