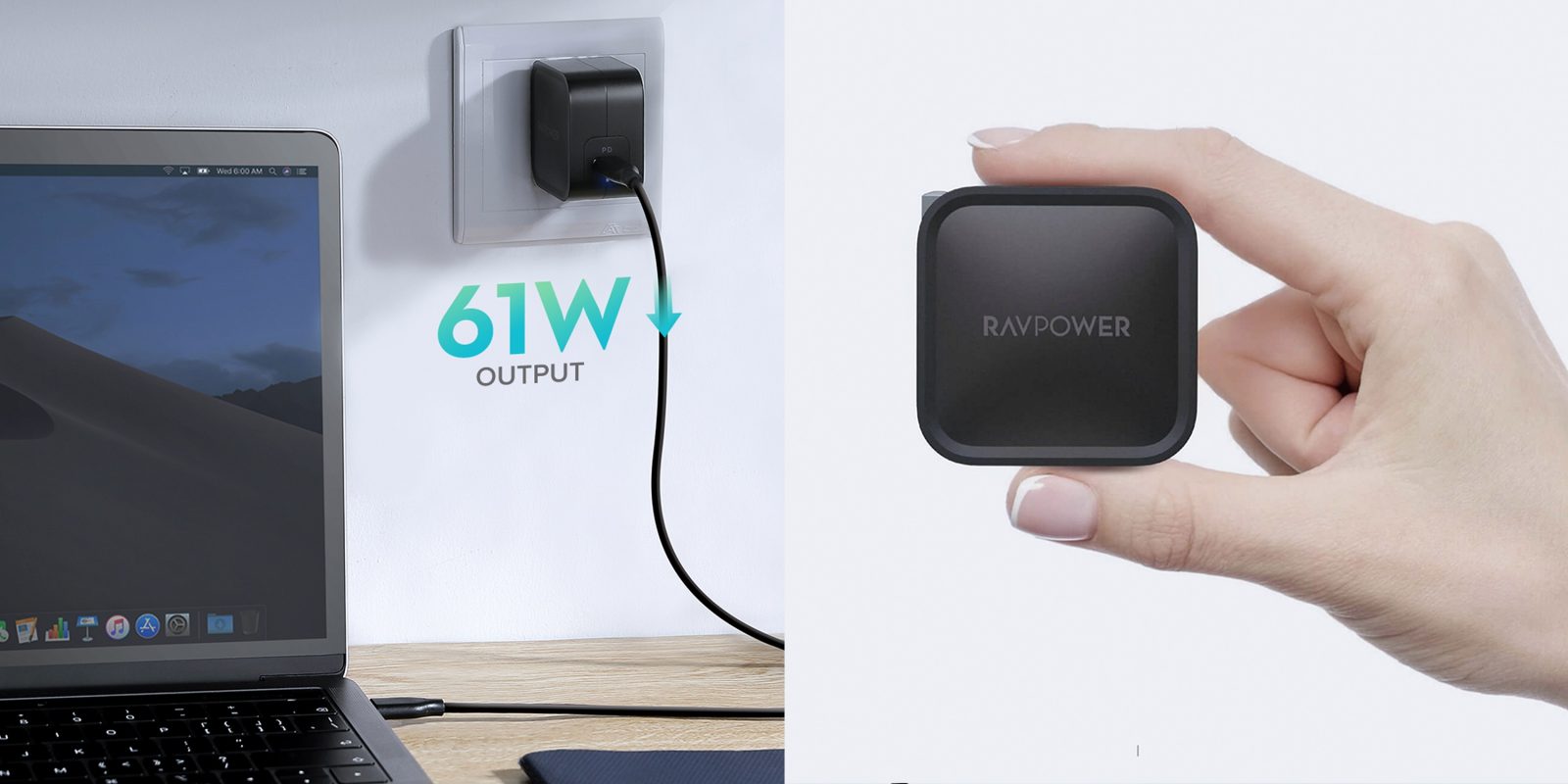 RAVPower is known for their chargers and batteries, and one of their most recent offerings, a 61W USB-C wall charger, launched just this past May. You can get this PD-optimized 61W USB-C charger for just $36.99 right now on Amazon w/ code 9TO5UXE8, down from $49.99. That’s the lowest price yet on the new charger!

As with most chargers like this, it works perfectly will most devices you own. The Power Delivery specification, which this charger wholly supports, means that devices like Google Pixel, Samsung phones, iPhone, MacBook Pro, iPad Pro, Pixelbook, Pixel Slate, and more will be optimized to charge at optimal speeds. If you want an all-in-one USB-C charger that can charge all your devices, even your laptops, at this optimal speeds, this is your solution.

The RAVPower 61W USB-C charger’s biggest selling point is just how much power it can pack in such a small space. It has 61W output, so it’s definitely on the higher end of the spectrum in terms of how quickly it can charge those devices that need a hefty amount of juice. Laptops like the Pixelbook or a MacBook will charge quickly with this, and the physical bulk it carries is minimal compared to some first-party chargers of similar output from Google and Apple.

As you can see in the photos below, it’s notably smaller than both a Google OEM charger for the Pixel Slate and a standard MacBook charger. And yet it charges both of these devices just as quickly:

There are also practical benefits to the RAVPower 61W USB-C charger. It’s one of the best USB-C chargers you can buy when it comes to power efficiency thanks to advanced GaN technology. Basically, the charger minimizes wasted space and keeps cool even at its highest loads. Its charging efficiency (how much of the power coming into the adapter goes out to your devices) can be as high as 93% or more. No more burning yourself on a power brick too hot to touch!

I’ve been using the RAVPower 61W charger as my on-the-go solution for my MacBook and smartphones. I keep my MacBook docked at home most of the time, so its standard OEM Apple charger stays plugged in. But this smaller form factor and better power efficiency accessory stays in my bag at all times so I can juice up all my USB-C devices on the go. This way, I can leave my primary Apple charger plugged in at home under the desk where it belongs.

As mentioned, we have a deal for 9to5 readers today that brings the price down by more than 25% to just $36.99 w/ code 9TO5UXE8. The charger normally runs $49.99 and this promotion only runs until the end of the month, so act quickly.