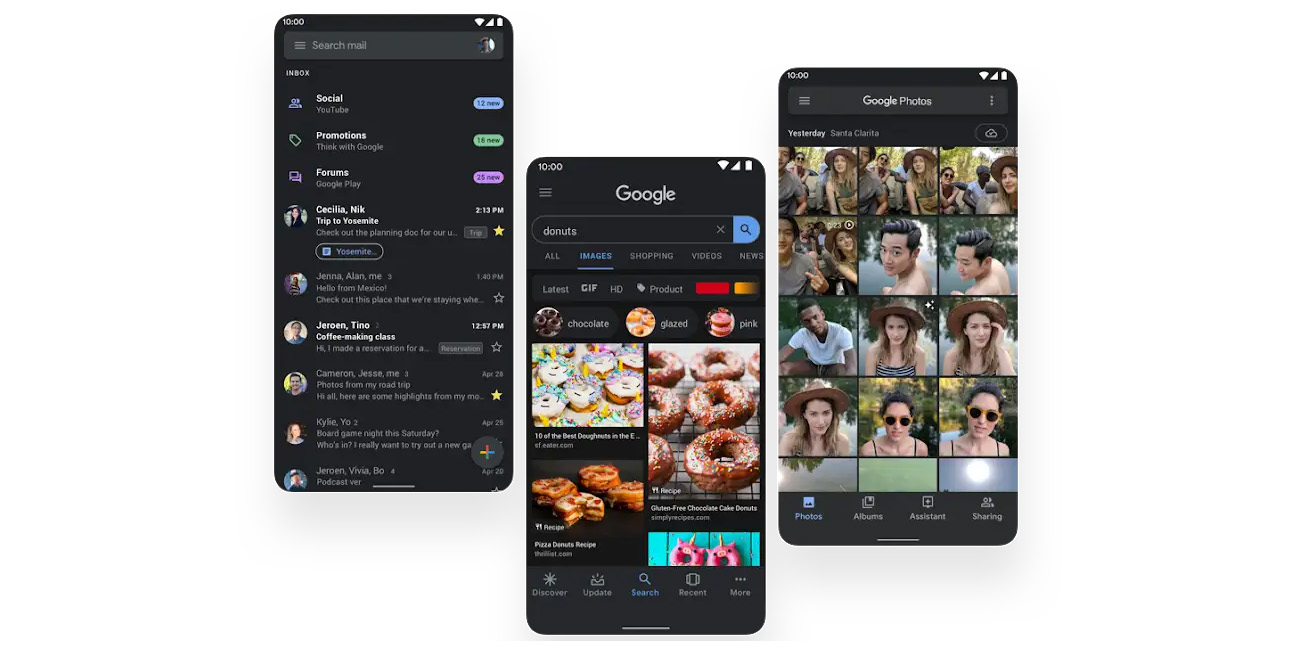 Dark mode is Android 10’s most popular feature, and on Google’s official site for the platform, we’re getting a first look at some big dark mode makeovers. Here’s a peek at the Gmail for Android dark mode update, and the same new paint job for Google Assistant and Google Maps.

The Android 10 update is coming in the very near future, and it was teased quite a while ago that most of Google’s official apps would pick up the feature before its final rollout. However, several major apps are still missing the feature.

On the official website for Android 10, Google goes over a ton of features for the platform from gesture navigation to faster updates. One big focus, though, is the new Dark Theme. If you switch the page over to its dark mode, you’ll catch glimpses at the dark makeovers for Google Assistant, Gmail, and Google Maps as well.

As pictured below, these dark mode updates are similar to a lot of Google’s other apps with the paint job, using a dark grey color instead of a true black. To date, we’ve not seen any official images of Gmail’s dark mode for Android, and while Google Assistant and Google Maps have both supported the feature to some capacity, this is also the first look at the official update.

Dark Mode updates for Gmail, Assistant, and Maps from the Android 10 site

Right now, these updates aren’t publicly available for users and we’re not sure when Google plans to change that. When more information is available, we’ll update this article.