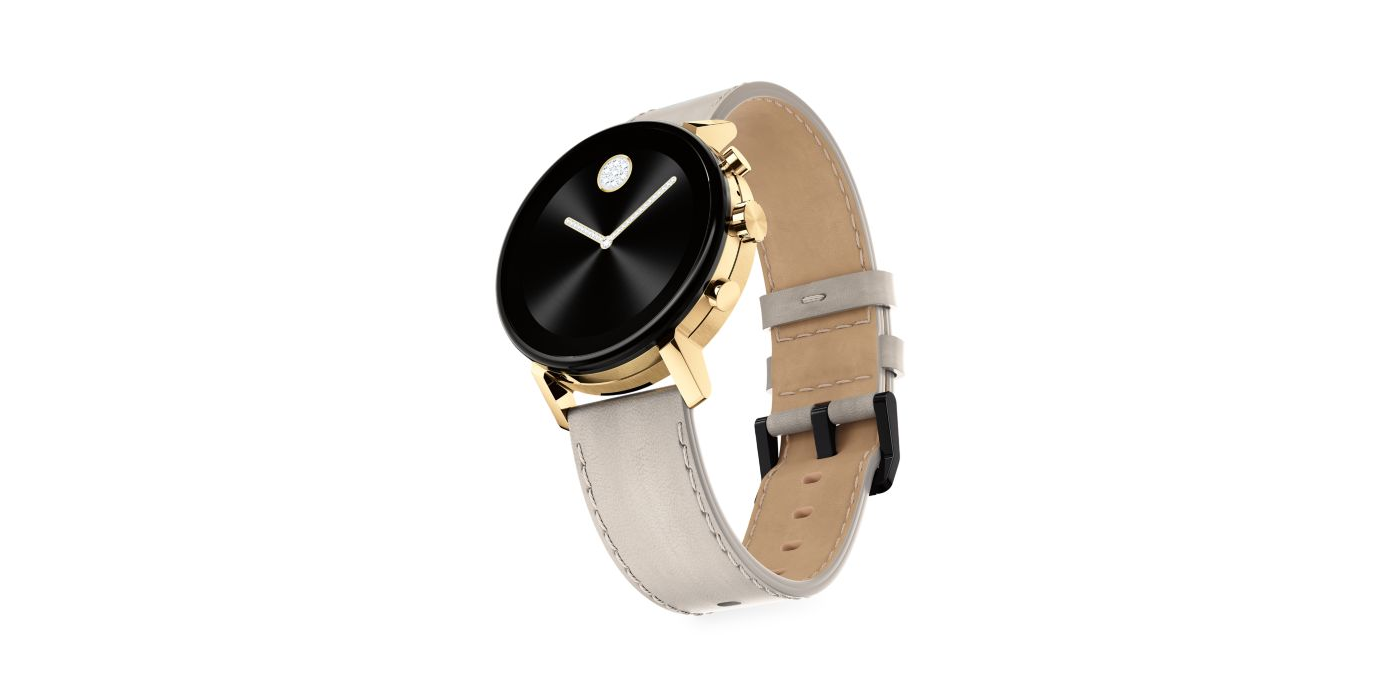 Wear OS doesn’t touch what Apple is doing when it comes to software or health features, but it does give fashion brands a lot of flexibility. Tonight an early listing for the Movado Connect 2.0 has leaked showing off an updated design and heart rate sensor for the upcoming Wear OS smartwatch.

The Movado Connect 2.0 was first spotted in an FCC listing back in July which revealed some details such as a smaller size, upgraded specs, and an updated design too. This leaked listing from Saks Fifth Avenue corroborates much of that but also gives us a look at the Connect 2.0 in its final design.

The biggest addition to the outside of the Movado Connect 2.0 is the heart rate sensor found along the back. This is something the first generation Connect lacked when it launched back in 2017, a real shame for the $600 smartwatch.

Aside from the heart rate sensor, one of the other design changes we can see on the Movado Connect 2.0 is the new button array. Instead of a slim single button, there are three buttons along the right side of the watch.

One of the listing’s images reveals the Movado Connect 2.0’s heart rate sensor

The Saks listing for the watch doesn’t give us any specifics on the spec package, but as we learned in the FCC listing, 1GB of RAM and 8GB of storage is expected here. That’ll presumably come with the Snapdragon Wear 3100 processor too. The listing does mention Gorilla Glass 3, a pin-buckle strap, and an ion-plated stainless steel 40mm case. Notably, the listing calls out “crystal hour hands” which makes us think there’s the possibility this is a hybrid watch like the LG Watch W7, but that seems unlikely.

A release date is still unclear, but given the listing’s appearance, it’s probably safe to assume it’s coming sooner rather than later.