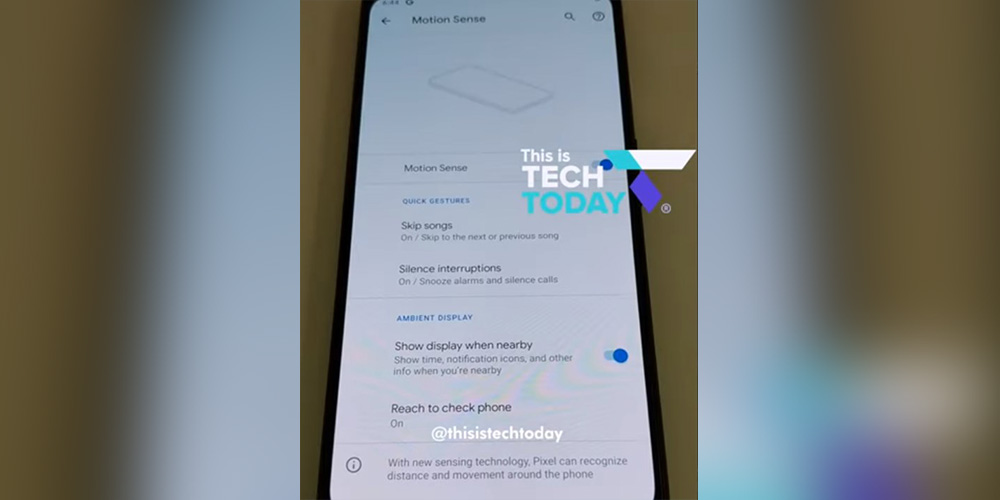 Another day, another Pixel leak. That’s what it’s been as of late, and today we’re getting another big Pixel 4 leak courtesy of the YouTube channel This Is Tech Today, which offers another hands-on look and our first peek at the settings for the Soli-powered “Motion Sense” feature.

M. Brandon Lee showcases a handful of new images and a hands-on video of the Pixel 4 in his video which includes our first look at the features Google has crafted using its Soli radar chip. In a previous official teaser and a leaked Pixel 4 ad, we’ve seen Google highlight being able to change songs using a wave across the Soli chip, but the Settings for “Motion Sense” give us some interesting details.

It’s already been known that this chip will enable the Pixel 4 to switch songs with a swiping air gesture and also the ability to silence alarms and phone calls. In this video, we can see the settings for all of these Motion Sense features. There’s also a third feature mentioned here which Google alluded to which uses the Soli sensor to detect when you reach for the phone to display your lock screen and notifications.

Each specific settings page for these Motion Sense features gives us more information on how they work too. For music control, there’s an option to adjust the direction of the hand movement. The animation for “Silence Interruptions” also makes it obvious that any movement in front of the phone will silence an alarm or phone call.

In the Motion Sense settings page on the Pixel 4, there’s also a toggle to quickly turn all of its features off in a single shot, but it’s granular as well with a toggle for each feature.

Interestingly, the source here also mentions a “new project” that Google is working on that will debut alongside the Pixel 4. It’s unclear what this is, though.

Beyond a look at the Motion Sense settings, we get even more pictures of the Pixel 4. This is the black model once again and it gives us a good look at the black, almost rubber-looking border around the device and its white-colored power button. Notably, the source here explains that the matte finish on the border feels like the finish on the Pixel 2 XL. A look at the top bezel on the Pixel 4 also shows where the IR cameras are placed. 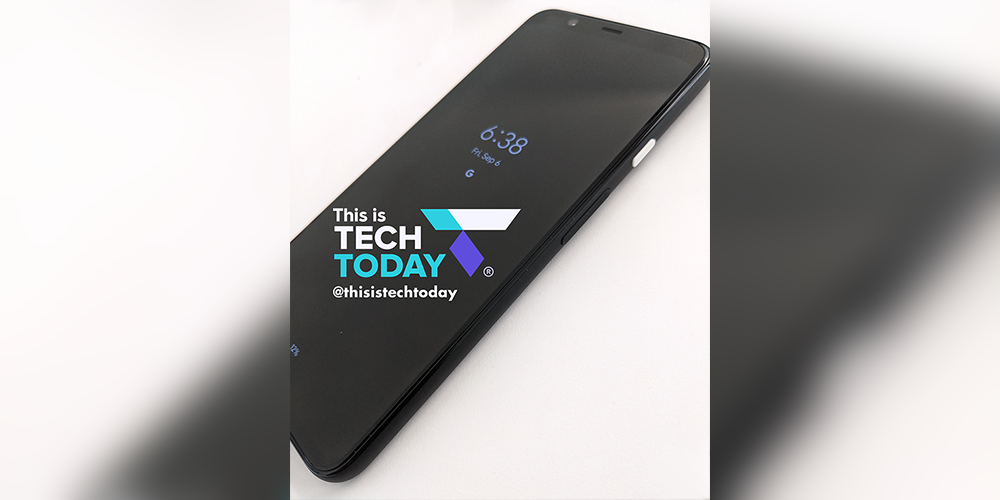