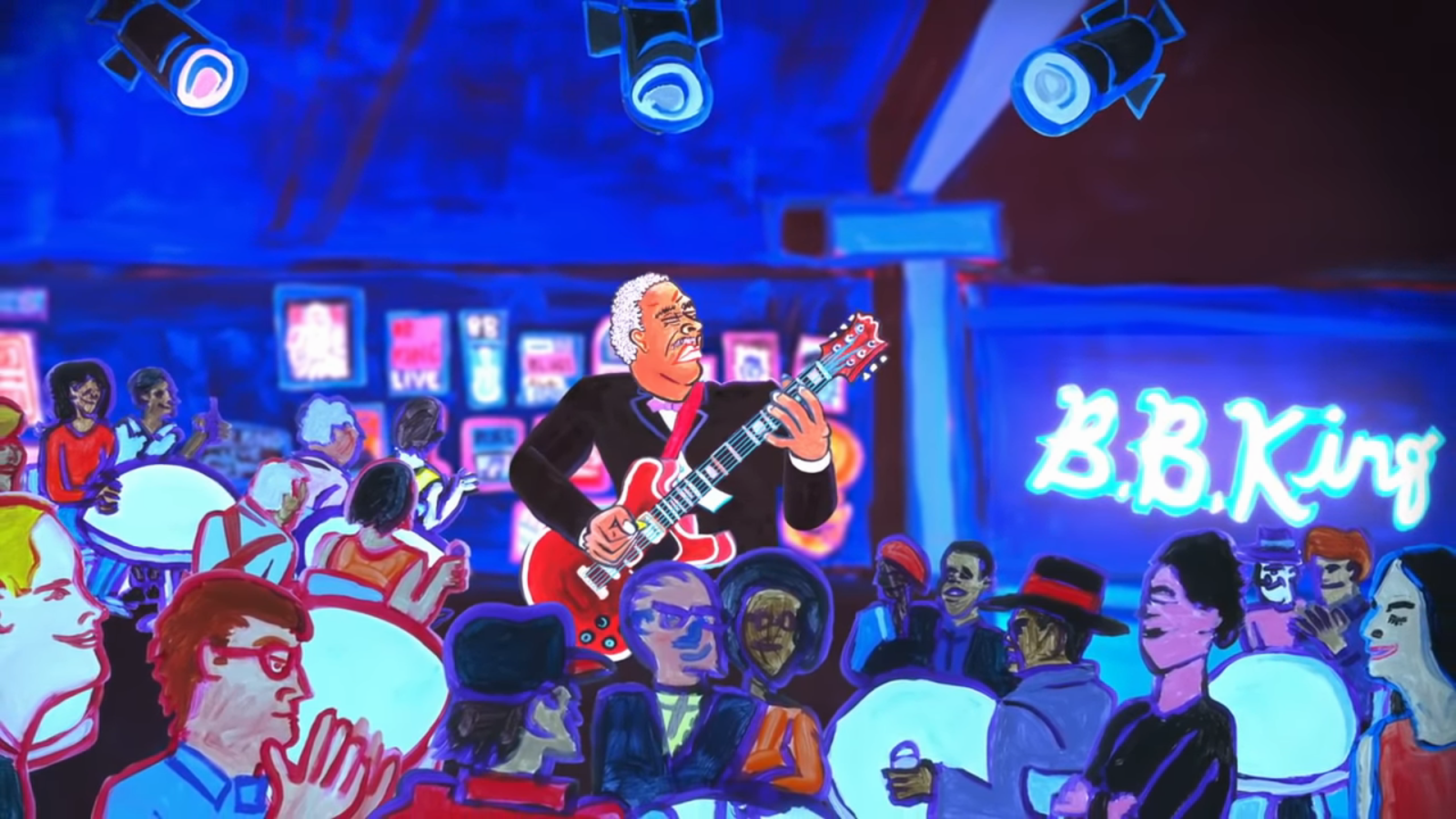 Today would have been the 94th birthday of B.B. King, aka The King of Blues, and Google is honoring his memory with a homepage doodle video visually telling the story of his life.

Set to the tune of his most well-known song, “The Thrill is Gone,” today’s Google Doodle walks you through B.B. King’s humble beginnings all the way to stardom. If you’re unfamiliar with B.B. King’s story, he was born on a cotton plantation in Mississippi in 1925 and discovered a love for music while in church.

Through hard work, including a tractor-driving job also seen in the video, he was able to earn enough money to move to West Memphis in 1948. From there, B.B. King made a name for himself on Beale Street and the Mississippi Delta Blues scene, and the rest is history. King’s music career continued all the way to October 2014, less than a year before he died.

Going behind the scenes, the Google Doodle’s director, Angelica McKinley, shared about the challenge she faced in trying to condense the life of B.B. King down to a digestible length.

How can I possibly take B.B. King’s entire life — spanning almost nine decades — and fit it into a video that is three minutes long? This forced me to decide on the most important points I wanted to get across about King: his cultural significance of taking the blues from cotton fields and juke joints to arenas around the world; his unique string-bending technique on the guitar; and his devotion to performing as the consummate traveling bluesman. Then the challenge was to find the right song, but once I heard the first few minutes of “The Thrill is Gone,” I knew that was the one that could engage a new audience while bringing nostalgia for established audiences.

In other parts of the world today, Google’s homepage doodle is instead dedicated to other celebrations, including Mexico Independence Day and Japan’s Respect for the Aged Day. Each of these are worth checking out, to better understand different cultures and appreciate the artwork.