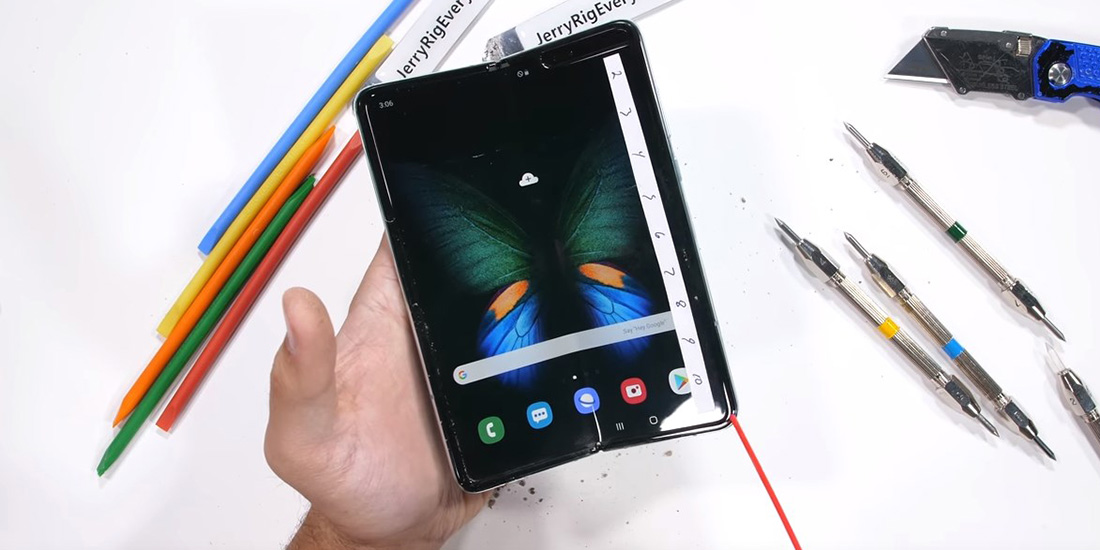 The Samsung Galaxy Fold is one of the more fragile phones we’ve ever seen, to the point where early issues with the display caused the device to be delayed for several months. Now, everyone’s favorite torture tester, JerryRigEverything, has had a chance to spend some time with the Galaxy Fold in a durability test that has mixed results.

The biggest question going into a durability test of the Galaxy Fold is to see if the same problems that plagued the phone earlier this year are still around. Unfortunately, the answer is yes.

The test also shows that dust is still going to be a huge problem for this display. Small particles of dust getting underneath the display in the original Fold design caused problems for early reviewers almost immediately, but Samsung claimed to have fixed the problem in its updated design. The durability test here puts more dust onto the Galaxy Fold than you’d have in your pocket on any given day, but it gives cause for concern for people who live in naturally dusty areas or simply want to bring their phone/tablet hybrid to the beach.

Notably, there’s a portion of the video where a nick at the edge of the display effectively kills it. It breaks a line of pixels on the OLED panel and breaks touch sensitivity at the top of the display as well.

There is one bright spot in this test, though. When trying to bend the device in the wrong direction, it holds up to extreme pressure. It seems the hinge on the Galaxy Fold won’t be a point of concern.