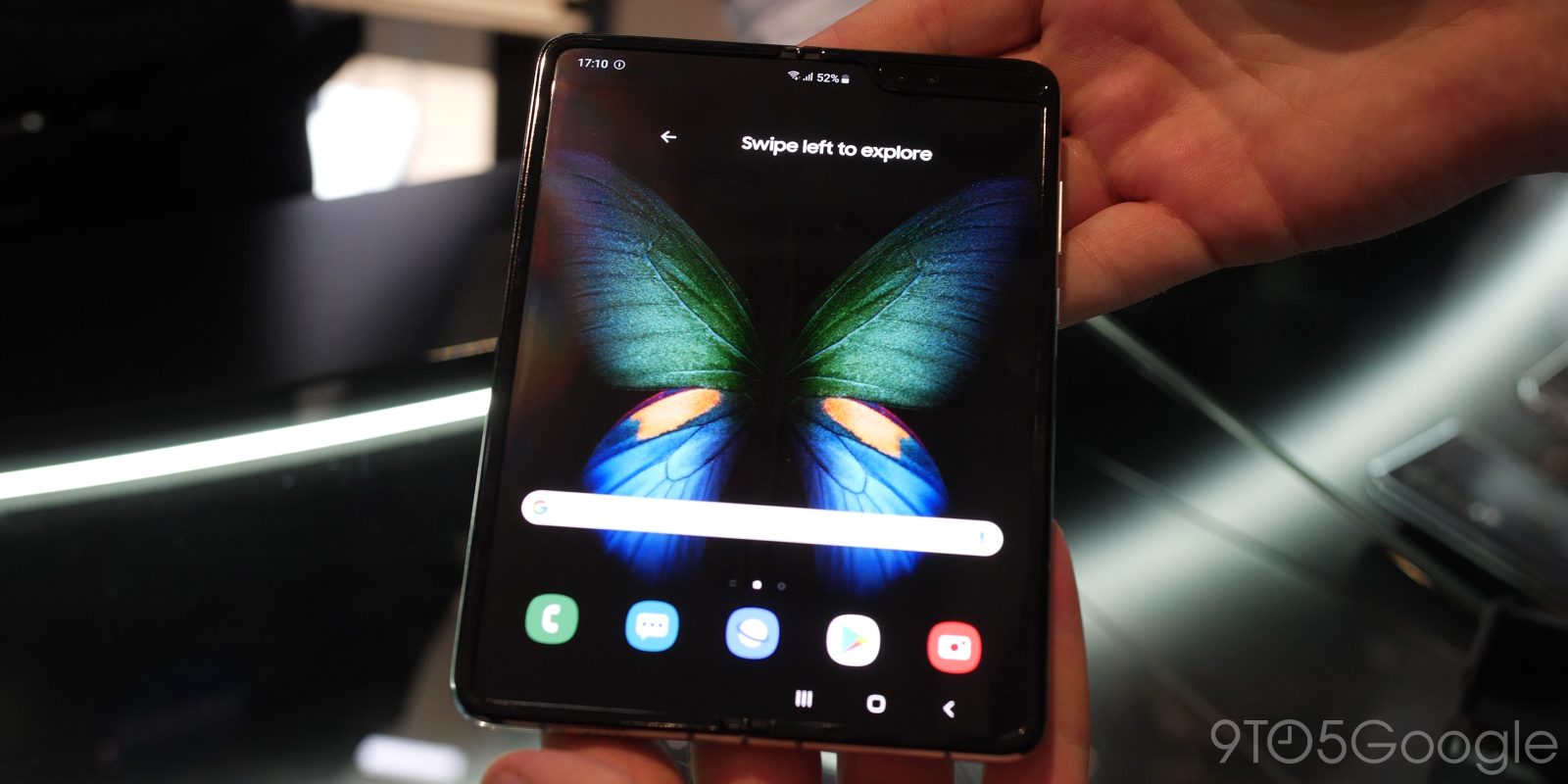 Having spent some hands-on time with the Samsung Galaxy Fold, although a superb step forward for the industry, it still manages to feel very much like a first-generation foldable smartphone.

As we all know, the initial launch was a bit of a mess for Samsung. Reviewers killed off the initial crop of Galaxy Fold devices, which subsequently destroyed the initial global launch plans and left us all waiting to see if the Fold would end up getting scrapped.

To Samsung’s credit, they headed right back to the drawing board to ensure that the second version of the Fold was ready and capable ahead of a general release.

Now after fixing the issues that the myriad of media folk faced, Samsung is back with a redesigned and enhanced Galaxy Fold that still feels like a bit of an experiment with the form factor. That said, if this is the first attempt, then we are in for a wild ride with foldable smartphones in the coming years — this really is the start of the “next big step” in mobile tech.

These are our hands-on impressions of the Samsung Galaxy Fold. 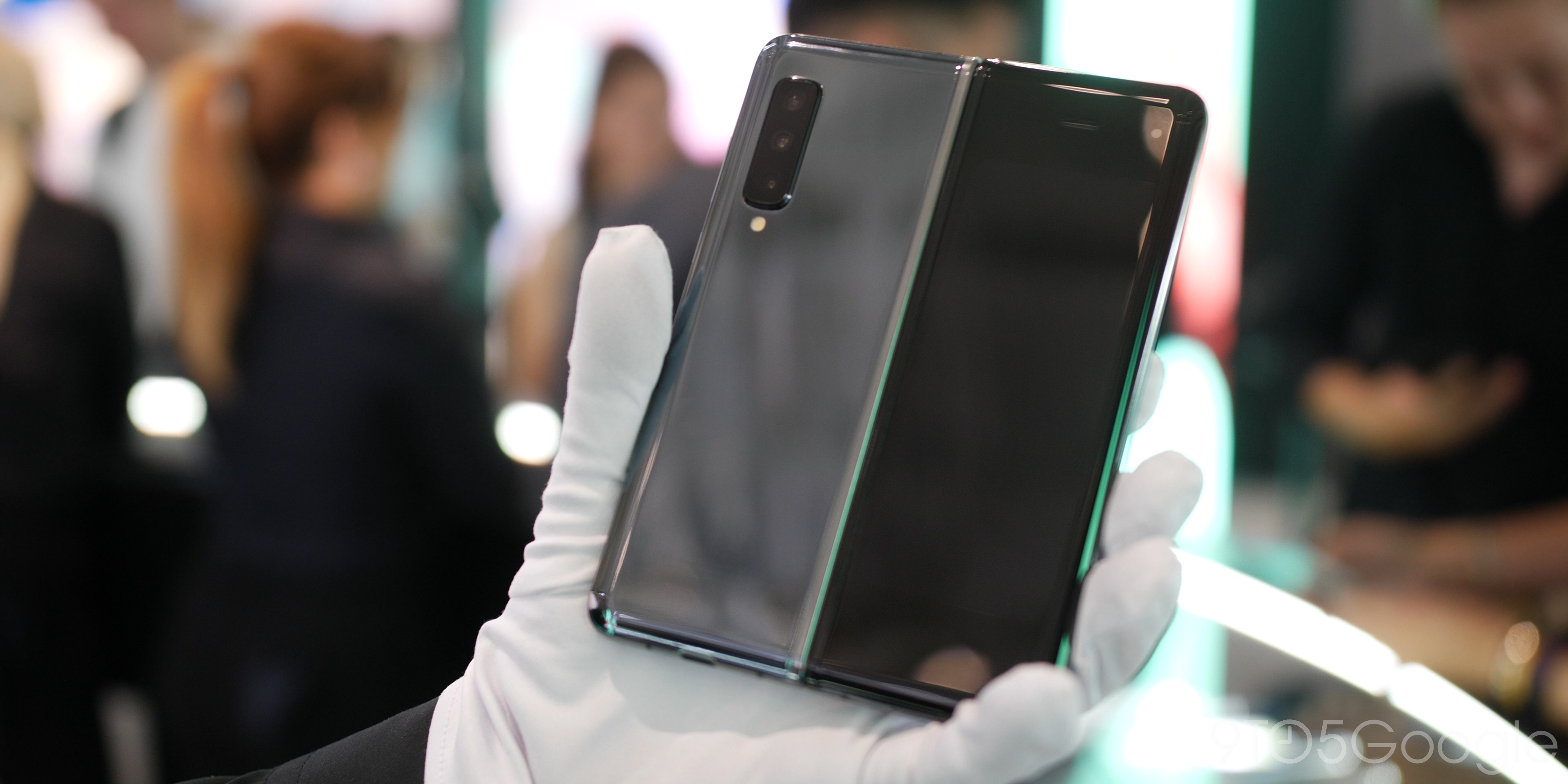 Having had some time now with both of the stand-out foldable smartphones from Huawei and Samsung, I have to say that while I initially preferred the idea of the Galaxy Fold, my opinion has changed somewhat.

That’s not to say this is a bad looking first-generation foldable. There are some questionable design decisions though. Just looking at that weird front display tells you all you need to know. For starters, the front display has a polished look that makes it harder to use. It’s clear that Samsung wants you to open up and use that massive internal display.

Displays are, of course, Samsung’s ace up its sleeve. The display on the Galaxy Fold is simply gorgeous from just about any angle. Yes, you can see and feel the crease but face-on you’ll barely notice it. I will also say that the Galaxy Fold has a more ‘gummy’ texture than the Mate X. The big notch is quite distracting though and I can’t say I’m a fan.

Because the internal display is made of plastic rather than glass, it gathers fingerprints and smudges very easily. It was difficult to assess the new reinforced hinge but I saw no issues with it up close.

The new ‘T’ plugs above the hinge should also help prevent gunk, dirt, and grit getting into the display mechanism. I’m still worried about longevity though. You can see where a sharp fingernail or hard thumb press has been made — which is still alarming when you see it. When closed, the footprint is nowhere near as big as I anticipated. That said, the fact that the Fold uses a magnetic clasp is something I wasn’t sold on.

Camera performance should be assured given just how many cameras are actually found on this phone. It’s this that enhances the feeling of ‘first-gen’ with the Fold, especially when rival devices feel way more elegant in how they utilize a single set of cameras.

Make no mistake this is not a polished product by any stretch, despite the premium outer shell. Despite Samsung’s protestations, I still worry about longevity. 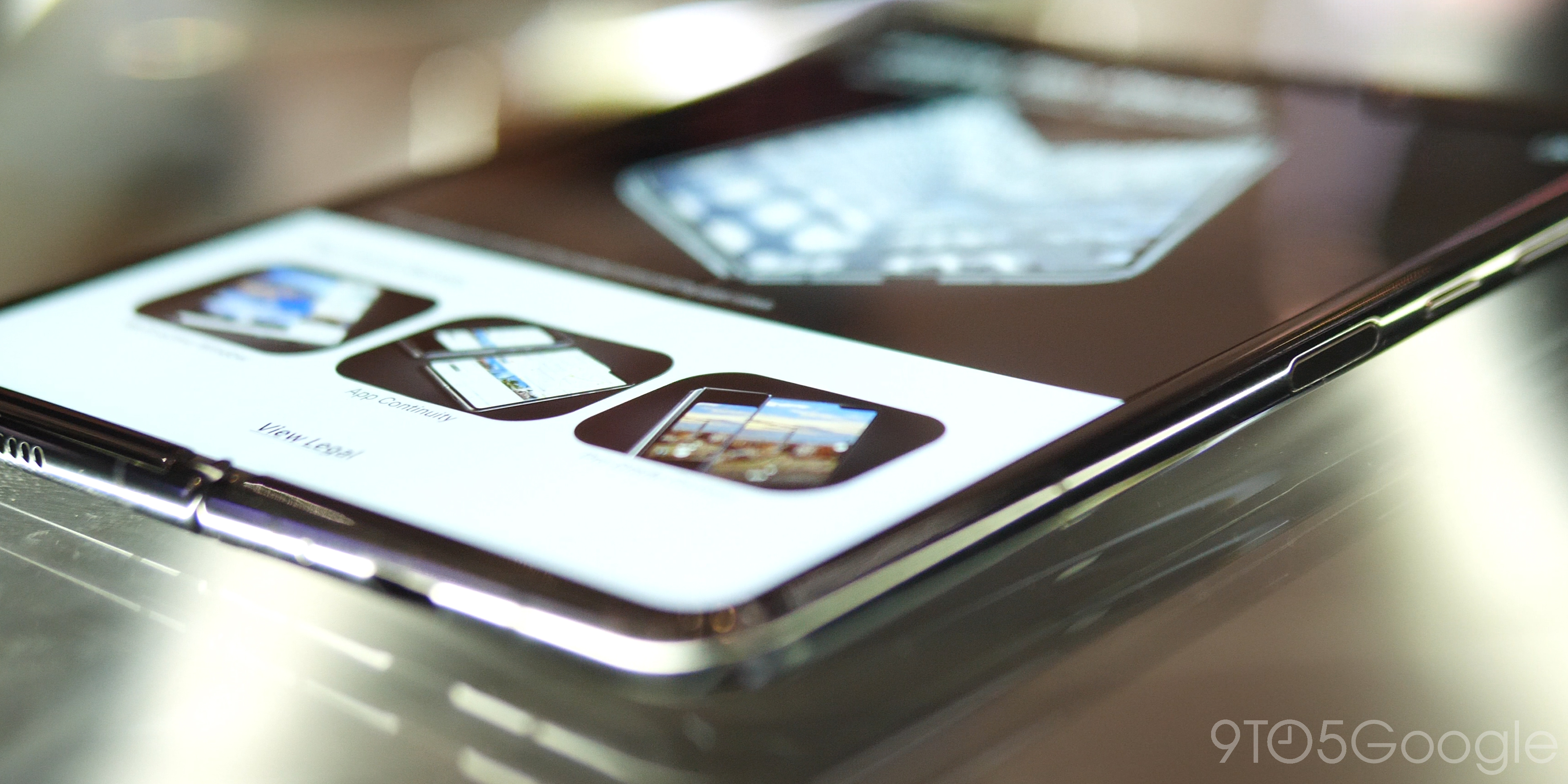 This is the very device that spearheaded the actual support for folding displays within Android 10. So because of that, as you can imagine, everything runs pretty darn well. Apps have been properly optimized to take advantage of the larger panel inside, while simultaneously handing-over to that comical front porthole display.

Hundreds of apps already support the new form factor, which will no doubt make transferring over to the Fold that bit easier for prospective buyers. Without actually being able to really delve in, what few apps I managed to try ran with no issues and the extra screen real estate really changes the overall experience. It will be interesting to see developers target the larger form factor displays and enhance the entire experience over time.

Given that the Galaxy Fold has the Snapdragon 855 chipset and 12GB of RAM inside, it should come as no surprise to hear that during my relatively short hands-on time I saw no slowdowns or hiccups. I have literally zero concerns with the internals but it will be interesting to see how Samsung ensures app support with software updates and developer incentives.

Having had zero hands-on time with the Galaxy Fold prior to the initial launch, I was excited to see the new form factor and get to grips with what that inner screen real estate offered. Having the ability to have tablet-sized displays in your pocket without needing cargo pants on is something that really does entice.

The problem is that, for me, the Mate X does a better job of being a phone that can instantly transform into a mini-tablet at a moment’s notice. The outer display on the Galaxy Fold almost forces you to open it up as the experience inside is just exponentially better. The same isn’t true with the Mate X, which has the benefit of enhancing an already large display by way of the unfold.

Obviously, Huawei is having severe troubles with Android, meaning that as it stands, the Galaxy Fold is a better prospective purchase simply by way of availability — that doesn’t mean I suggest buying one.

Despite the intrigue, it’s still difficult to recommend throwing down over $2,000 on the Samsung Galaxy Fold once it becomes available later this year. Samsung may have fixed one specific display issue but longevity question marks remain. As much fun and exciting as this brand new form factor is, let the market mature before splashing your hard-earned cash.