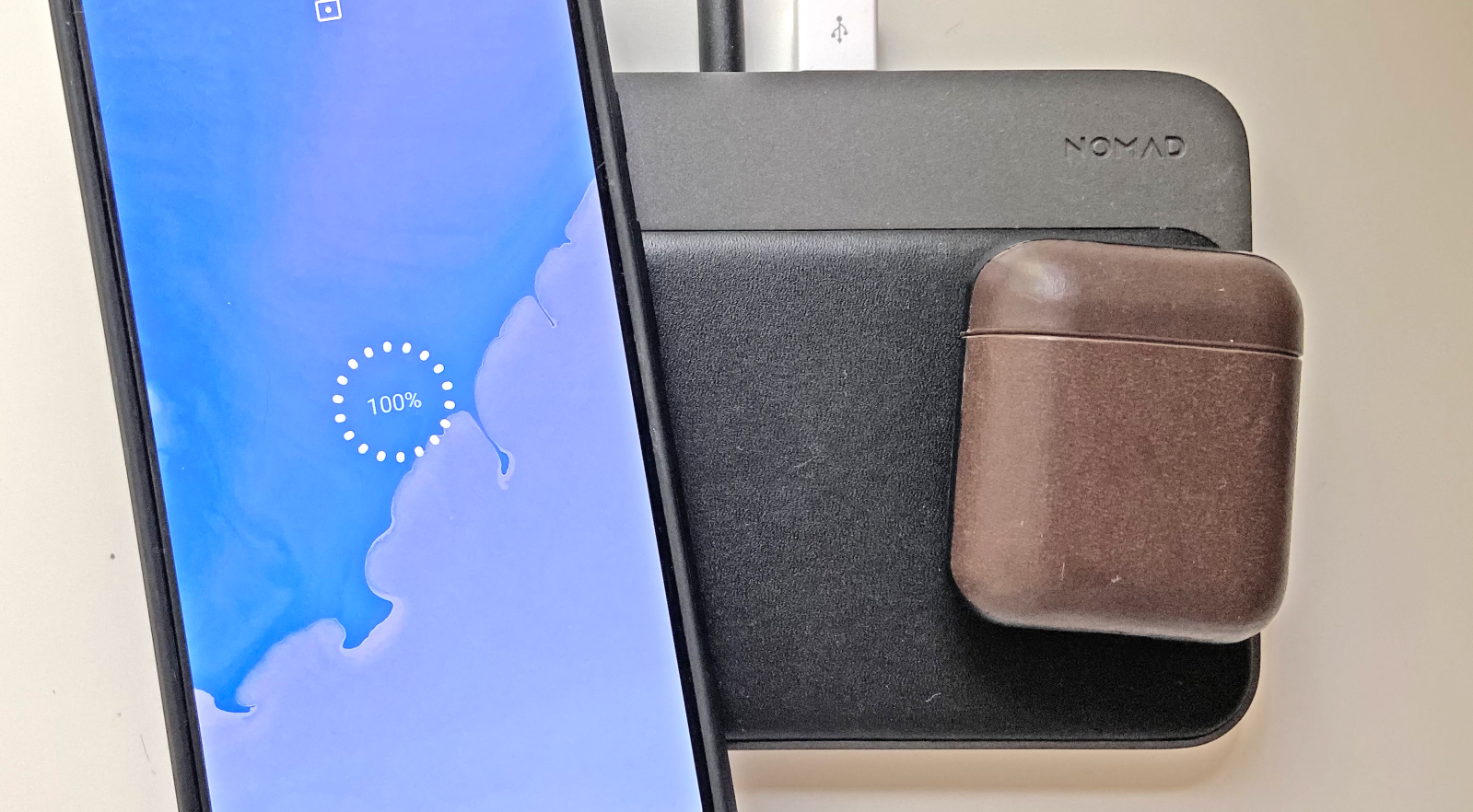 I love my Pixel, and I love my AirPods — both of them are essential parts of my everyday carry. But both being wirelessly-chargeable, I needed a wireless charging solution that could handle both at the same time. I decided to check out Nomad’s Base Station as one option, and so far I’m pretty happy with it.

First thing’s first: the Nomad Base Station is a wireless charging mat. There are three coils within — one in the middle, and one on either side — for placing devices on. You basically have two configurations to choose from; you can place one device longways across the charger, or one device on either side.

As you can see above, I went with placing my Pixel 3 XL on the left side, and my AirPods (complete with one of Nomad’s nifty AirPods cases, more on that below) on the right. Both charge at up to 10W, but that’s a moot point for me since the entire point of this is to be a bedside charger that juices my devices at night. If I need faster juice in the middle of the day, I’m likely plugging these devices into a physical cable (which can be plugged into the back of the charging mat if you want!).

In my experience, the charger functions well when charging both of my devices at once. And not only that, but as I mentioned, there is a USB-C Power Delivery port and a standard-issue USB-A port on the back as well. This has been handy for plugging in any extra devices I might be using by the bedside on a given night. I plugged my iPad Pro into the USB-C port last night, all the while the Pixel 3 and AirPods were charging wirelessly. 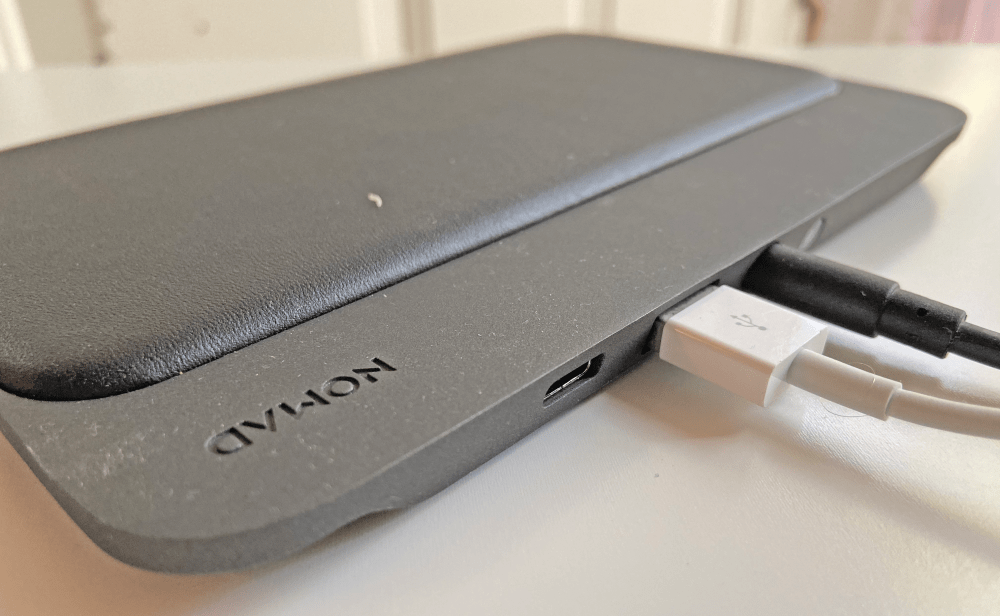 One minor gripe I have with the Base Station is the way it handles letting you know which devices are and aren’t charging. This isn’t specific to the Base Station I don’t think, but is rather just the nature of current non-AirPower charging mats: It can be a bit difficult lining up your devices correctly when charging more than one at a time. Placing a smartphone longways is a surefire way to be able to put your device down without thought, but especialyl smaller devices like AirPods might take a little while before you find that sweet spot.

Thankfully, there’s one important aspect of the device that I think would have led to it being a dealbreaker for me without it: three LEDs on the front to let you know which coils are successfully charging. Most phones give you a vibration feedback to let you know that a device is charging, which is nice, but not every device offers that physical sense of security and a quick peek at the LEDs in bed can reassure me that I won’t wake to a dead phone. This came in handy particularly with the AirPods case that Nomad offers (pictured above). Their current cases don’t have an LED cutout for the front of the AirPods wireless charging case, and therefore I had no physical light to see whether or not the case was wirelessly charging — and the case doesn’t vibrate or anything like that, either.

These three little LEDs on the Base Station resolved that minor gripe by letting me know when I placed the AirPods just right. Other than that, I think the Nomad AirPods case is one of the sleekest you can get at the moment! It’s simple, but it gets the job done without getting in the way of you opening up your case to access your buds.

You can find Nomad’s various Base Station products at their website, and for now they only have the standard Base Station in stock in two different styles. If you’re an Apple Watch die-hard and you need that added Apple Watch charging puck, that version of the Base Station is on backorder. That’s probably no thanks to Jeff, our YouTube star at 9to5Mac, who gave it a glowing review earlier this year.