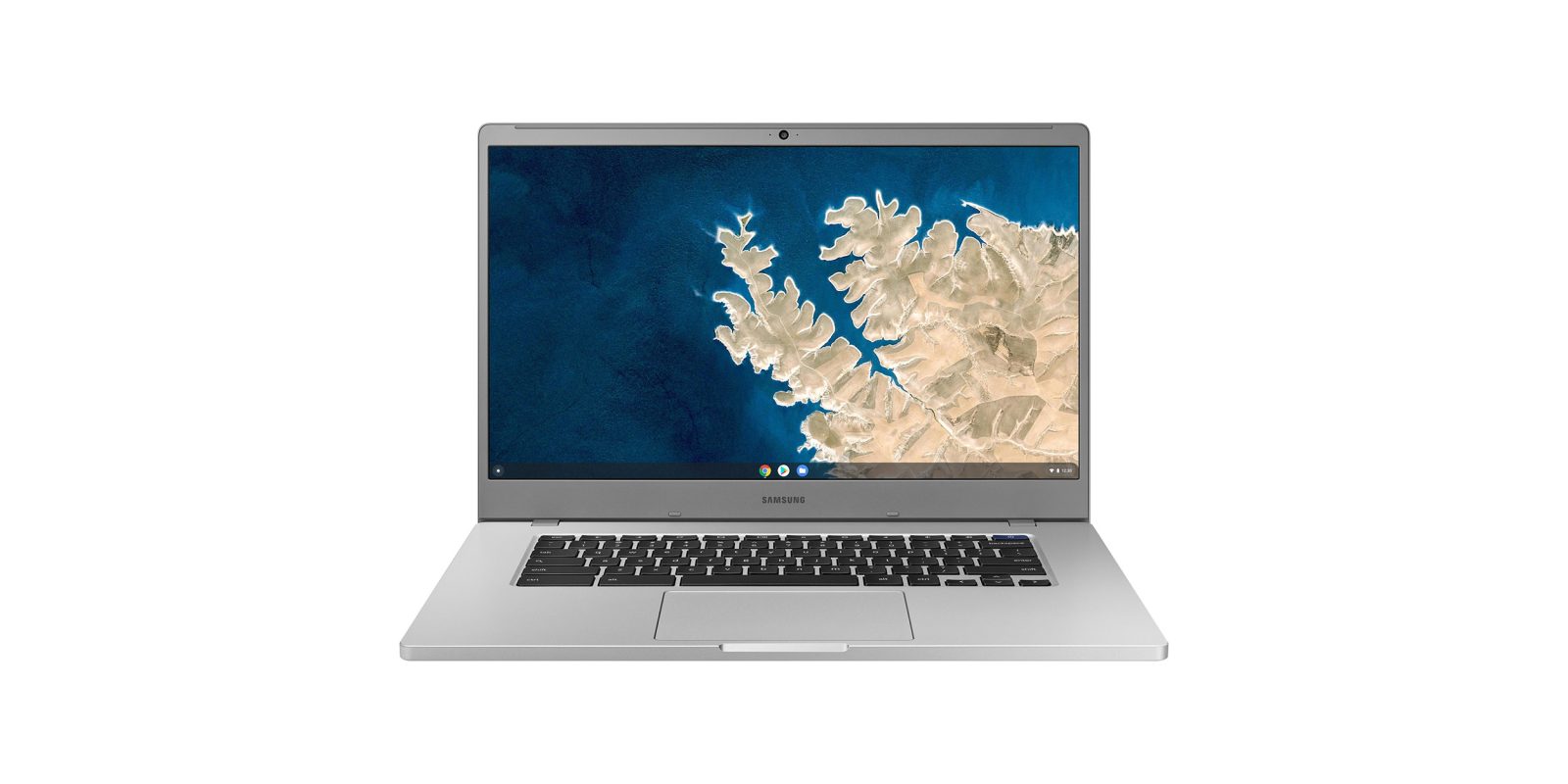 Samsung is a big name in Android, but the company’s Chromebooks aren’t especially popular. In the past few days, a new Samsung Chromebook 4+ has appeared online with a new design, affordable price, and a 15-inch display.

The folks over at ChromeUnboxed first spotted the Samsung Chromebook 4+ at Connection IT and Insight with sales open but no official announcement from Samsung itself.

According to the early retail listings, the Samsung Chromebook 4+ has a 15.6-inch 1080p display which doesn’t have a touchscreen and also doesn’t flip around on a 360-hinge. There’s an Intel N4000 dual-core Celeron processor, 4GB of RAM, 32GB of storage, 2 USB-C ports, and a 720p webcam too.

For the apparent $329 price tag, that seems like a decent value. The processor is a bit behind what we’ve seen from the likes of Lenovo in these 15-inch machines, but the Samsung Chromebook 4+ isn’t too far behind the curve. The boxy design also has plenty of space around the keyboard, a large trackpad, and thin bezels on the display too.

We don’t know when this device will be officially announced by Samsung, but the fact that these retailers are currently shipping units suggests that it’s imminent. More than likely, a smaller Samsung Chromebook 4 will also be coming.