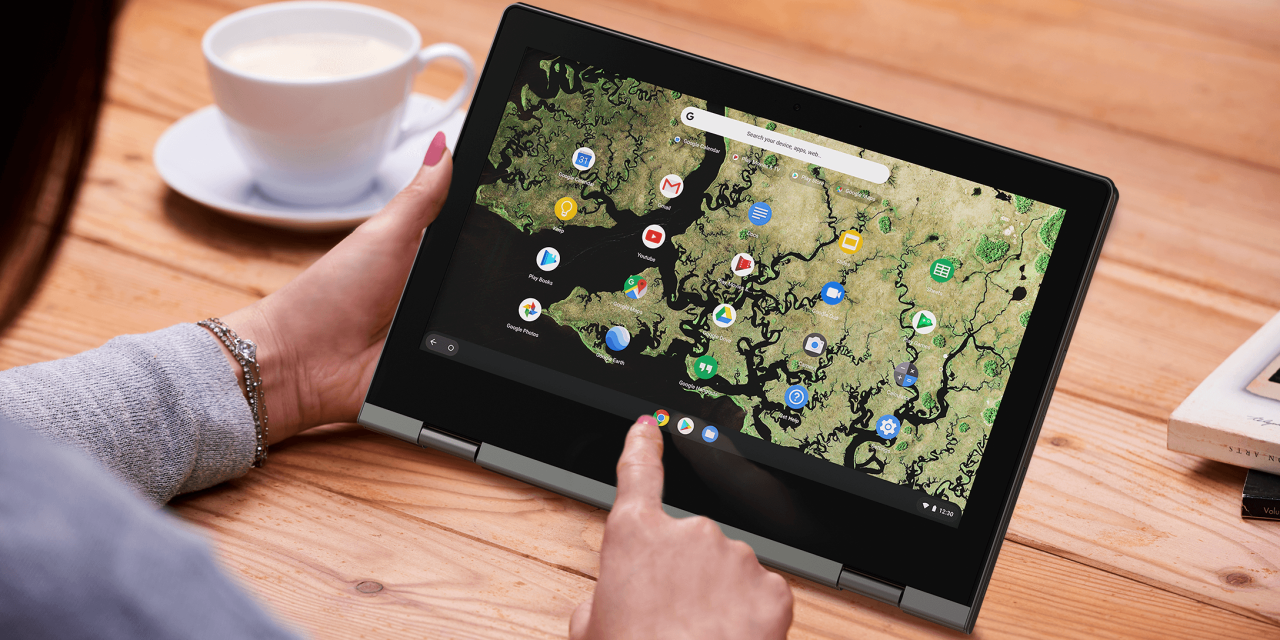 Unlike the C330, the Lenovo Chromebook C340 comes in two different sizes. The first of the two is a direct successor to the original with an 11-inch HD IPS display on a 2-in-1-style hinge. That display is still a touchscreen, and it also features slightly smaller bezels compared to the previous model. That leaves it with a footprint that’s no larger than a typical sheet of paper, and the thickness has also been slimmed to 17.9 mm.

The second size is a 15-inch behemoth that offers up a 15.6-inch FHD IPS touchscreen display on a 2-in-1 hinge as well as a better processor. Both of these machines are powered by Intel chips this time around compared to the previous MediaTek offering. But where the 11-inch C340 Chromebook is capped with an Intel Celeron N4000 processor, the 15-inch can have an Intel Core i3-8130U processor. Strangely enough, though, the 15-inch model can only have up to 4 GB of RAM, where the 11-inch can have up to 8 GB.

Both machines have two USB-C ports, a microSD card reader, and a headphone jack. The 11-inch Lenovo C340 Chromebook offers two USB-A ports, while the 15-inch only offers one. Battery life is rated at 10 hours for both models. The 15-inch model also has an optional backlit keyboard.

Lenovo will kick off sales for the 11-inch model of the C340 in September. Pricing starts at $289 for that version of the Chromebook. For those looking to grab the 15-inch model, pricing starts at $429 with sales starting in October. Notably, that’s a considerable gap in price compared to Lenovo’s other 15-inch Chromebook, the C630.