As Stadia nears its launch next month, the press tour for the game streaming service is ramping up. Wired UK just ran an in-depth Google Stadia profile on the effort that discusses its origins and prototype game development.

The Information first reported about “Yeti” in February 2018, and detailed early Google efforts like an Android-based gaming console and Chromecast implementations. Today’s magazine piece more or less confirms how the idea for a game service started with Google’s cheap streaming stick. Engineering head Majd Bakar, who walked through Stadia’s technical aspects at GDC this year, says that Google recognized the lack of gaming content on its first media dongle in 2013.

The games she and her team build are intended to explore what could be possible on the platform. Currently, they are toying with the idea of a dragon world – an immersive wilderness where you find a dragon egg, see it hatch and raise the dragon to recognise your voice. You have to feed and care for it – much like a Pokémon – but can also ride it, fight other players, form groups and guilds, and carve out territory.

Notably, this team’s mission is to reach the “next billion gamers” that could come from the low barrier to playing. Google also has a “next billion users” initiative for developing countries just coming online, and how they’ll have needs much different from the rest of the world.

“The AI will create all the little tics and patterns in the dialogue resulting from that kind of background. Ideally, that character would have a simple memory so when you encounter them hours later, they remember conversations they had with you.”

Lastly, the Wired UK feature has an interesting shot of what are likely early Stadia Controllers still in packaging. 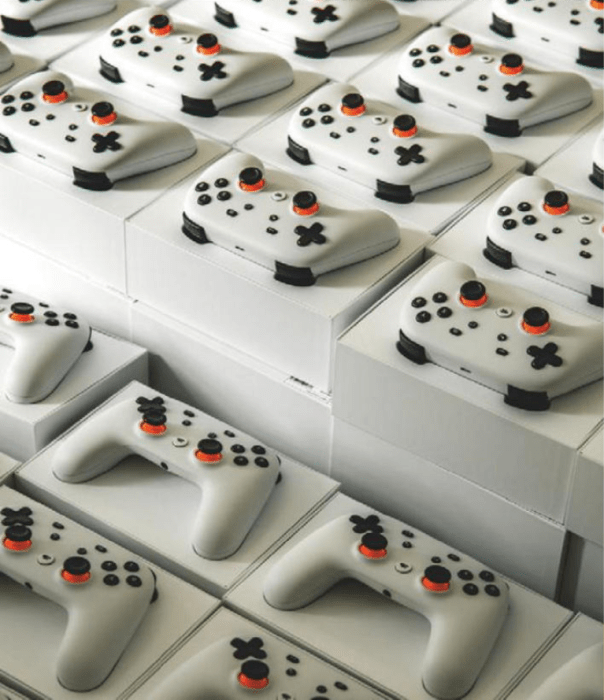