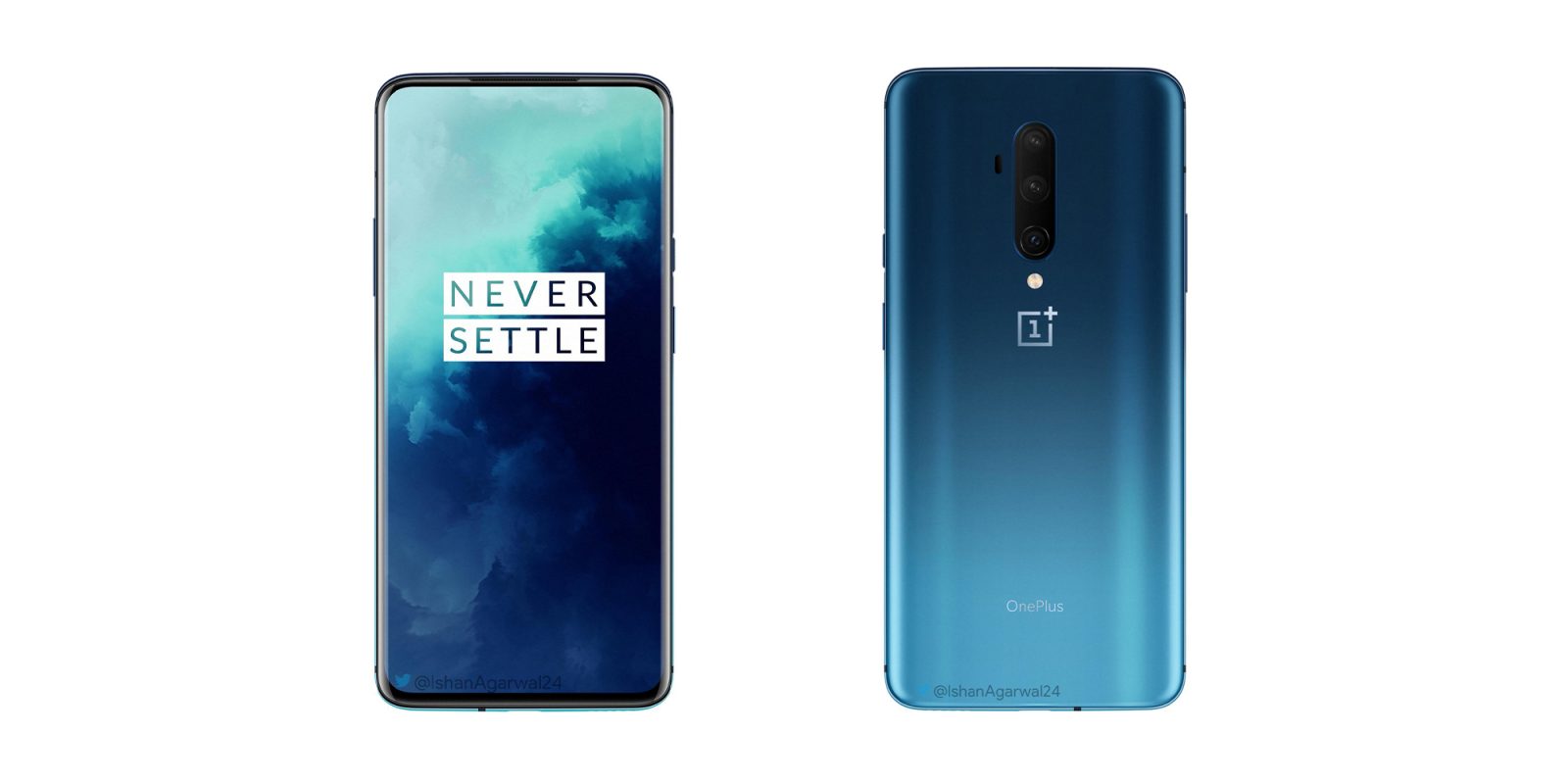 The OnePlus 7T Pro is just a few short days away, but that hasn’t stopped official-looking press renders from leaking and exposing the design and new color.

Teenage leaker Ishan Argawal shared the OnePlus 7T Pro press renders on his Twitter account, which could easily be mistaken for the already released OnePlus 7 Pro. If you were hoping for an overhaul, then you may be disappointed.

Earlier leaks have hinted that the slightly refreshed model will come with modest internal bumps rather than wholesale design alterations.

The latest leak shows off the new Haze Blue color, which is slightly more muted than the vibrant Nebula Blue seen on the OnePlus 7 Pro earlier this year.

While the specs are not officially known, we believe the OnePlus 7T Pro will come with the Snapdragon 855+ chipset, at least 8 GB of RAM, 128 GB of storage, and a bumped battery to 4,080 mAh. It’s unclear if Warp Charge 30T support will be included.

Argawal also shared press renders of the case lineup for the 7T Pro that look almost identical to those already available for the OnePlus 7 Pro. The biggest difference appears to be a small cutout for an extra rear sensor. We’re not actually sure what the new cutout is, but it is likely used for faster camera focusing.

Of course, we didn’t expect a big shake-up of the OnePlus 7T Pro design, and these renders confirm that. It does, however, cement the design principles for the next wave, as leaked renders of the OnePlus 8 have shown that the company looks set to stick with the base look and feel brought to the Pro line earlier this year.

Considering that the London launch event for the OnePlus 7T Pro is later this week, we don’t have long to see the new device in the flesh. Let us know what you think of the minor update in the comment section below.