OnePlus 6T vs OnePlus 7T: Worth the upgrade? [Video] 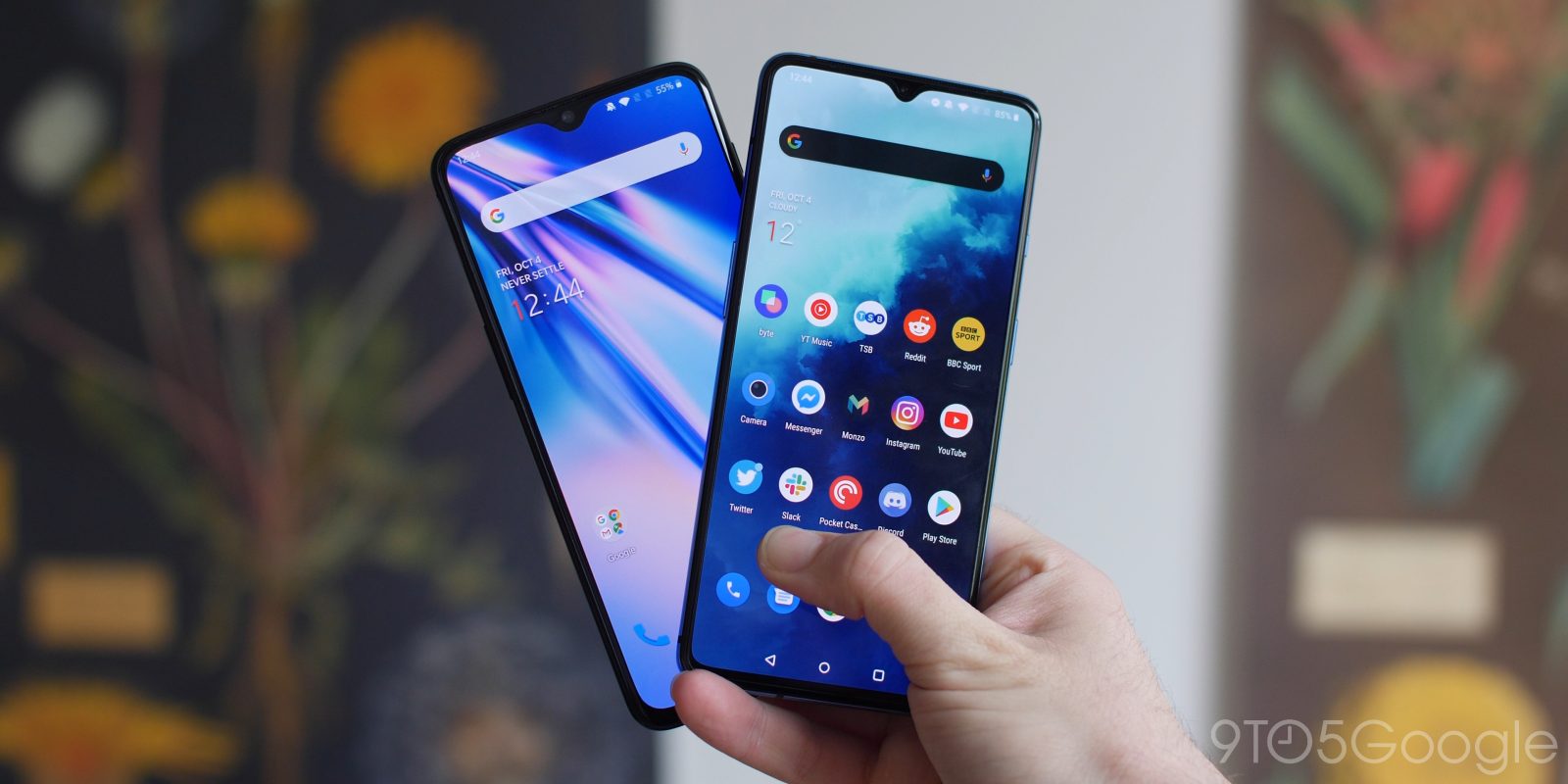 For some reason, the OnePlus 7 never made it to the US earlier this year. Instead, the OnePlus 6T was left to fill the gap but if you’re thinking just how it stacks up against the OnePlus 7T — we can help.

Considering just how much OnePlus appears to have pivoted over the past 12 months, it’s almost surprising to see just how much the company has developed and altered in such a short space of time.

The OnePlus 6T was — and still is — a fantastic smartphone. The pricing and performance are up there with the best but the OnePlus 7T is the new kid on the block with all the upgrades and improvements.

In our opinion, comparing directly with the OnePlus 7 Pro would be slightly unfair as those in the US have not had a direct follow-up device after the OnePlus 7 was unceremoniously ripped from your grip by OnePlus. It also helps that in this instance, we’re treating the OnePlus 7 Pro as it’s own ‘new’ separate line — which is far more high-end. 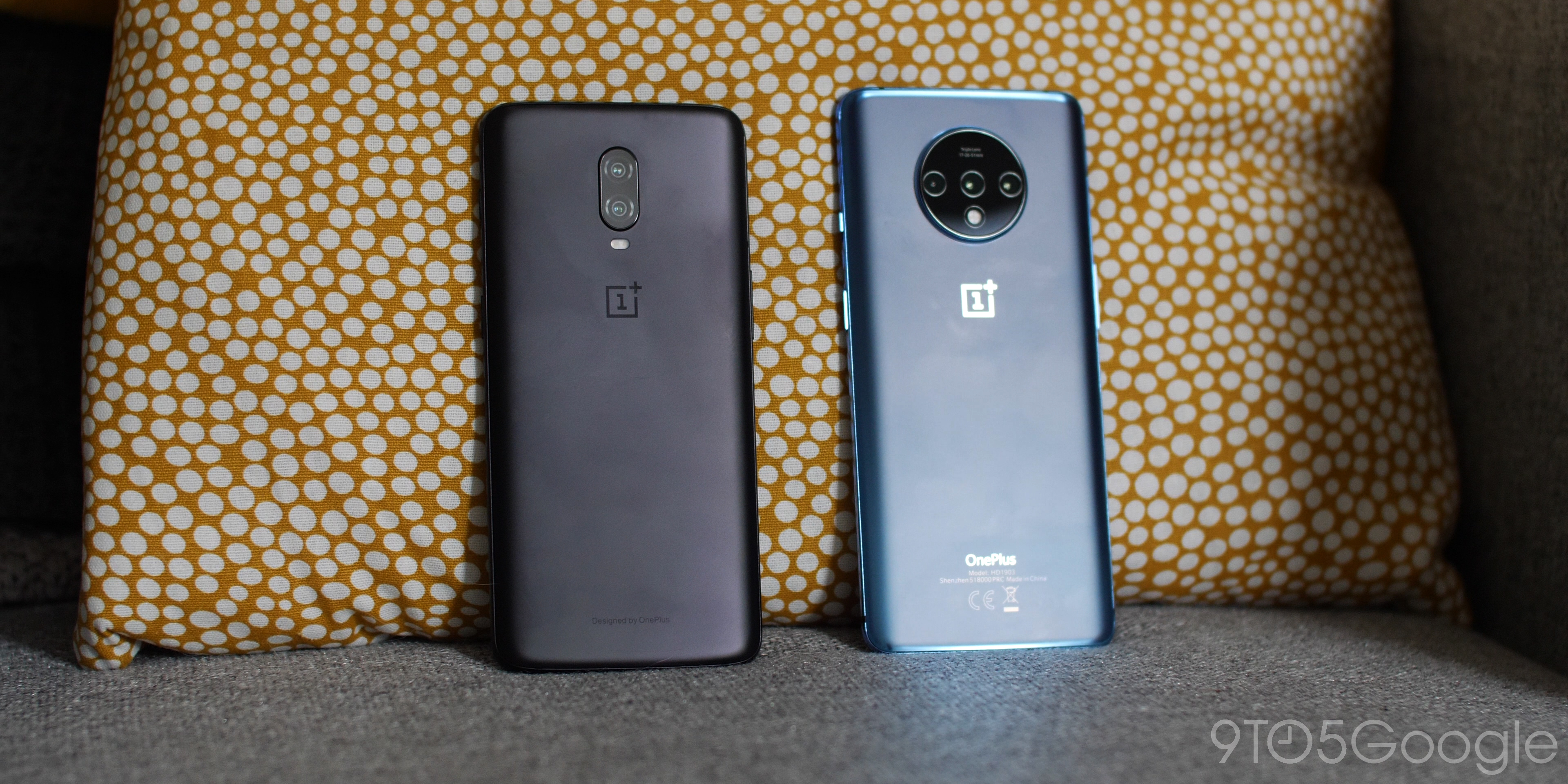 You can see straight away where the two devices differ when comparing the displays. That new 20:9 aspect ratio makes for a boxier shape and changes the feel of the phone in the hand — but only slightly.

The display is where the biggest front-facing change has been made. You’ll instantly notice that the bezels have been cut down substantially, as has the teardrop or dewdrop notch. That notch has now been shaved down drastically in just 12 months but it’s still there and houses a 16-megapixel front-facing camera.

Just comparing the display sizes tells you that the form factor has changed slightly. With a 6.55-inch display on the 7T compared to a 6.41-inch display on the 6T. That real estate change means that you will see very minor changes when watching videos and generally consuming media in landscape mode particularly.

There is no doubt that the display on the 7T is far superior to that found on the 6T. It’s not even a fair contest but you also get a flatter display on the newer model too. OnePlus added very minor soft curves to the sides of the 6T display — to aide sideways swipes.

You might also notice the slightly smaller alert slider on the side too. That isn’t a major improvement or negative, it is simply something that has been altered in the 12 months since the 6T hit the market. How you feel about it depends on just how much you use the hardware button.

The refinements are nuanced and incremental but the neat new additions might make you inch towards the OnePlus 7T even if you do already own the OnePlus 6T. 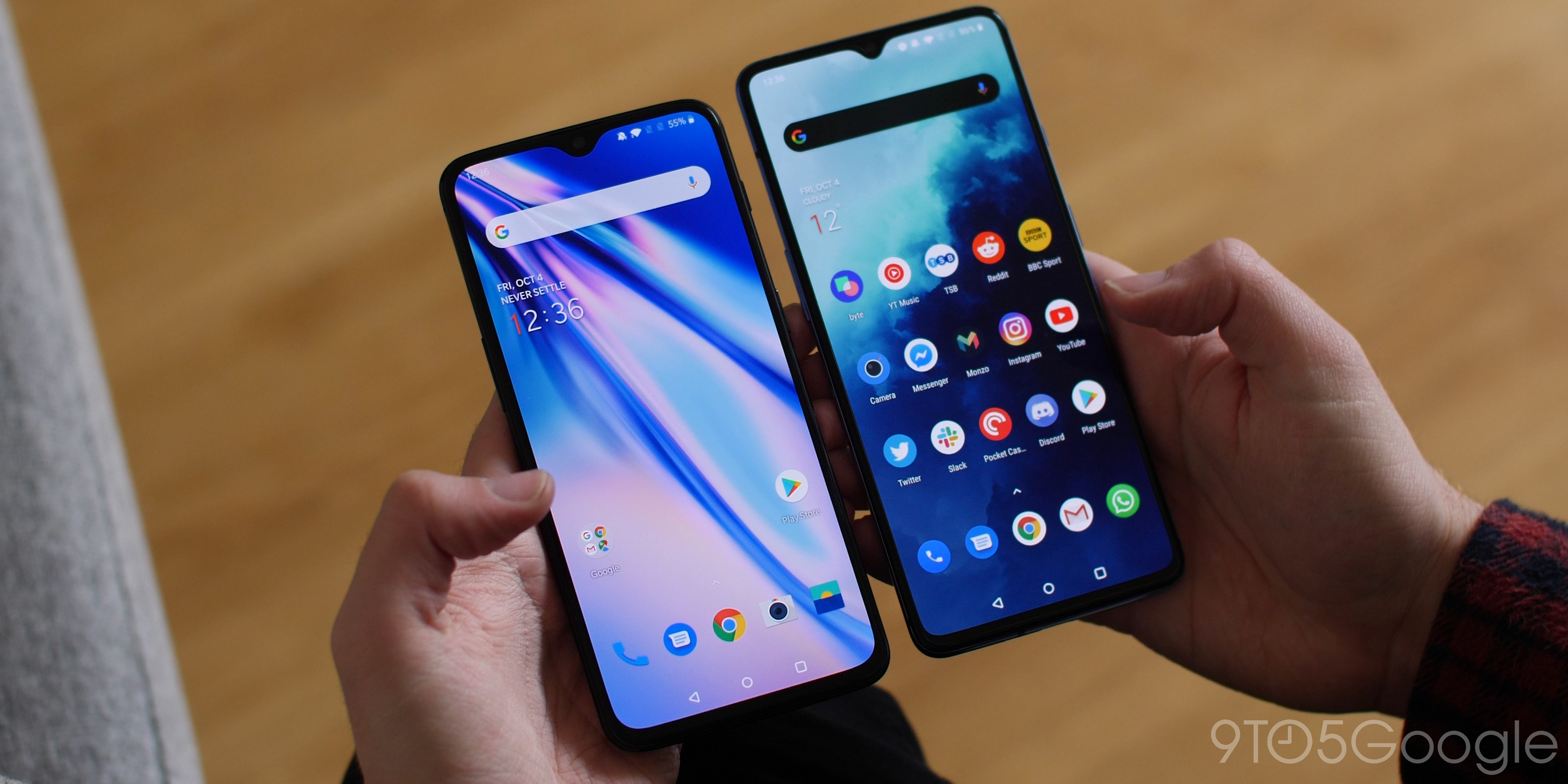 Upgrading to UFS 3.0 storage seems to make the most difference but in all honesty, the differences are genuinely pretty negligible if you only use generic messaging and web browsing apps. OnePlus’ decision to slap in the highest-end internals means that performance is really very close.

Oxygen OS 10.0 is a big step up over Oxygen OS 9.0 but it doesn’t translate into the massive difference in performance that you might expect. There is only so much that can be done in 12 months after all. Apart from a few cosmetic and reasonably minor feature changes. The experience is almost identical in many regards. Once the OnePlus 6T gets the full Android 10 update, the gap will be closer still. 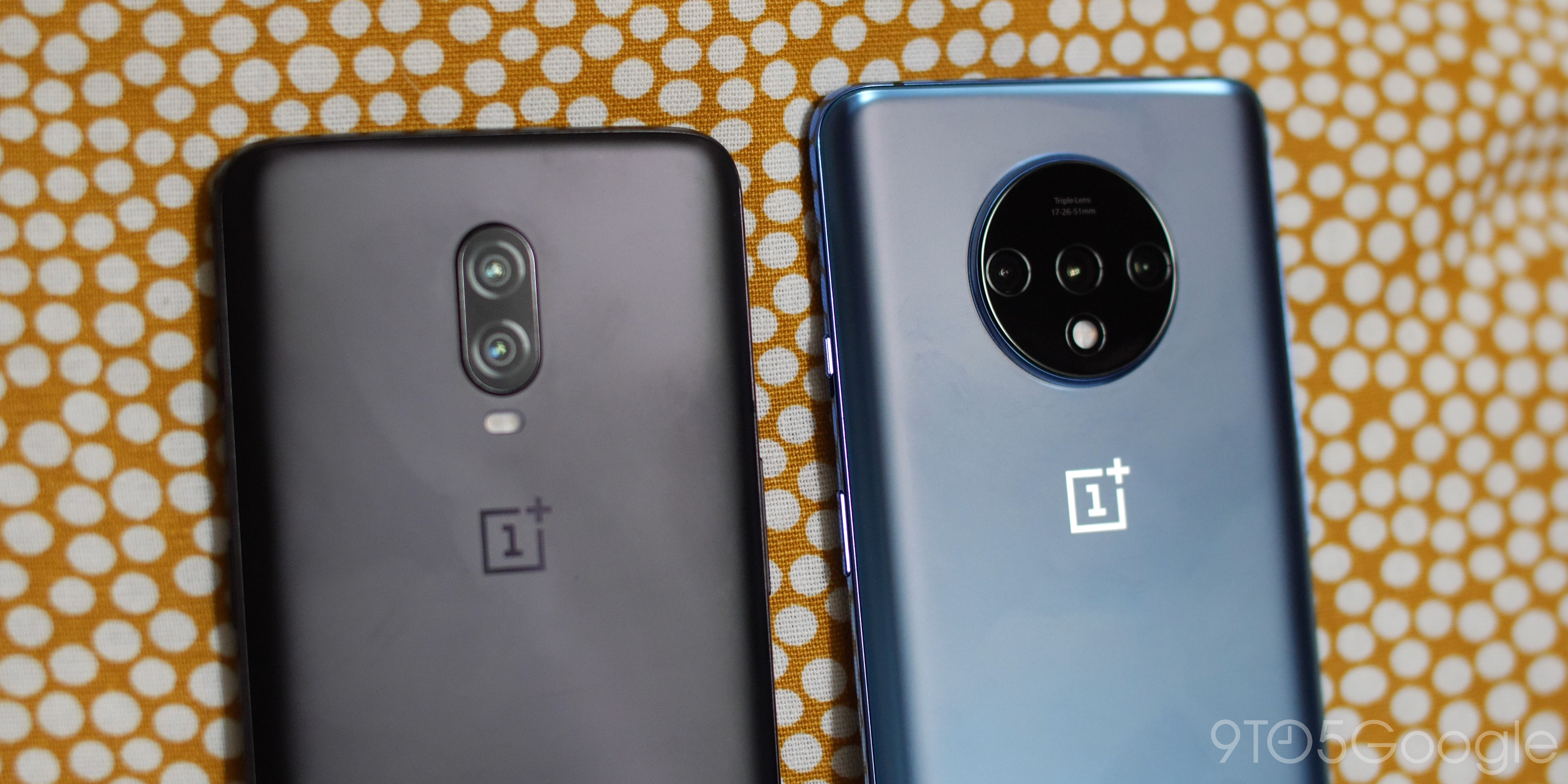 This is one area where the 12-month-old OnePlus 6T simply cannot compete with the new OnePlus 7T. To put it mildly, the 7T exceeds the 6T comfortably.

For starters, you get far more in the way of photo and video options thanks to new lenses. Then the new macro photo and super-steady video modes give you get more options depending on what and where you are filming or photographing.

It’s no contest. The OnePlus 7T is the best mainline OnePlus phone in the photographic and videography arena. If camera performance is important to you, then the upgrade is more than worthwhile. That said, while strides have been made, the 7T isn’t what I would consider “top-tier” in the camera stakes. 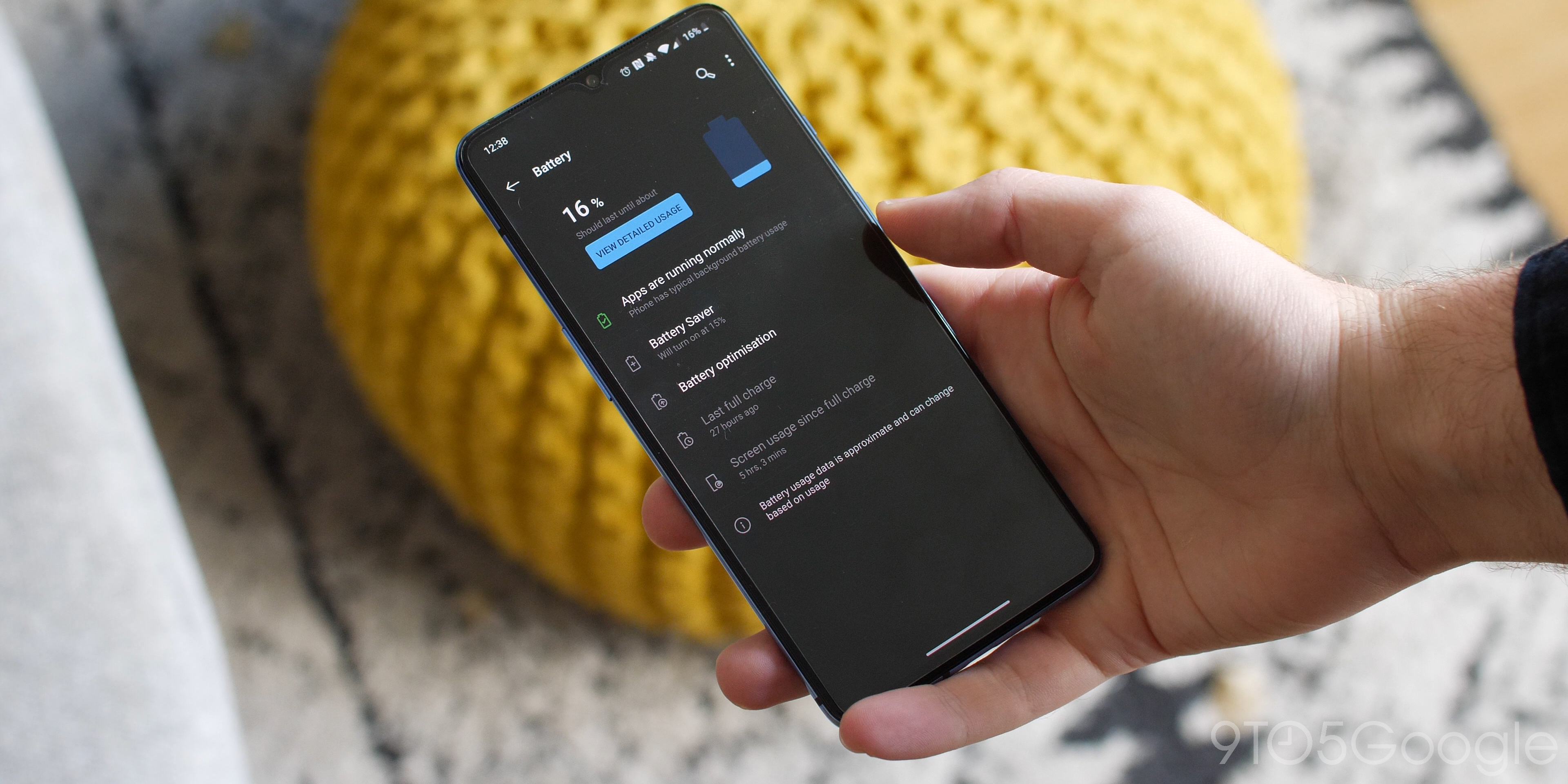 Having a 90Hz refresh rate display is amazing but there is no doubt that it does take a toll on the battery life of your smartphone. I will say the OnePlus 6T has slightly better daily longevity — despite the 7T having a slightly bigger battery by 100mAh.

The biggest difference is the inclusion of the new Warp Charge 30T on the newest model. It is even faster than Warp Charge 30 in my usage. That’s not to say the old ‘Dash Charge’ is slow, it’s still superb. I can’t tell you just how you will fare, but I’m definitely seeing the screen on-time figures that are higher on the 6T.

I can assume that bumping down the display speed from 90 to 60Hz will drastically improve battery longevity — but why would you do that?

12 months can sometimes be a long time in tech. In this case, the differences between the OnePlus 6T and OnePlus 7T fall mainly into the usability and design camp. It really refines what makes the 6T a superb phone and then adds some of the most enticing aspects of the OnePlus 7 Pro into the mix for good measure.

If you own an older OnePlus phone such as the OnePlus 5 or 5T and were looking to upgrade, it’s a no brainer — unless the headphone port is essential to you. Unfortunately, the only recent flagship phone to include the headphone port is the Samsung Galaxy S10. If it is a must, then it is the only top tier phone you should consider.

You’re likely a fan of the lightweight Oxygen OS, excellent specifications, and overall experience. If that is the case, then the OnePlus 7T is more than worth the wait. That said, renders have already appeared of an alleged OnePlus 8 — which is flat out crazy. If you hold out a little longer, you might get an even more enticing deal.