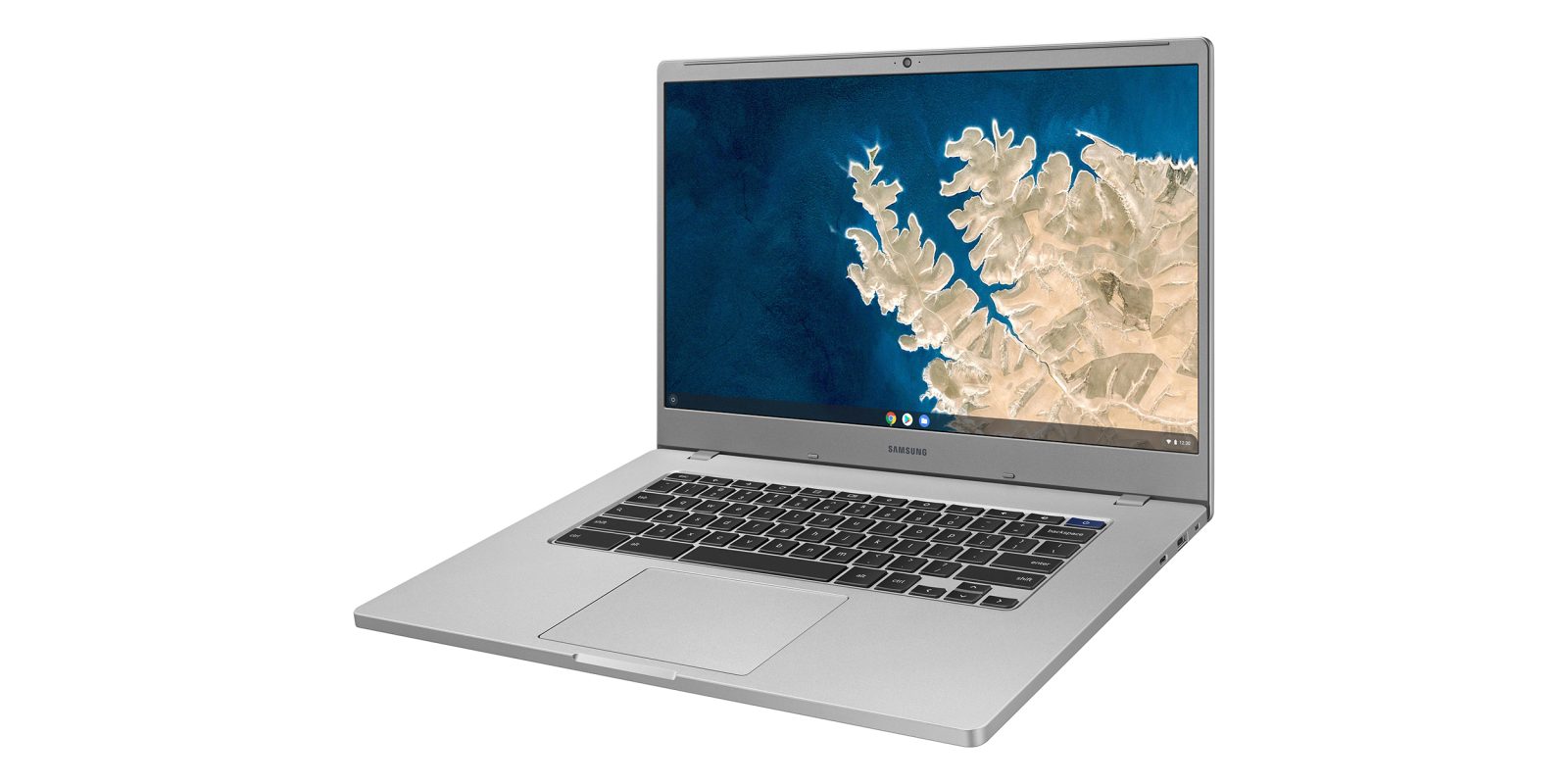 Samsung is launching a new pair of Chromebooks today. The Samsung Chromebook 4 and Chromebook 4+ go on sale today in two sizes with mid-range specs and affordable price tags.

The Samsung Chromebook 4 series succeeds the Chromebook 3, which launched in 2016. The new model adopts a more modern design than the previous version with a boxy shape that’s also thinner and lighter. Samsung takes pride in the fact that both machines lack any visible screws at all.

Unlike with past generations, the Chromebook 4 comes in two sizes. The standard Samsung Chromebook 4 is an 11.6-inch laptop, but the 4+ includes a pretty huge 15.6-inch display.

The Samsung Chromebook 4+ shares almost all of the same specs except with a bigger and better 15.6-inch FHD LED display. It also adds an extra USB-C port, and interestingly, shares the same 39 Wh battery from the smaller machine. That means you’ll get 10.5 hours out of the 4+. Pricing lands at $299.

Both the Chromebook 4 and Chromebook 4+ will be available today from Best Buy, Samsung.com, and other retailers.