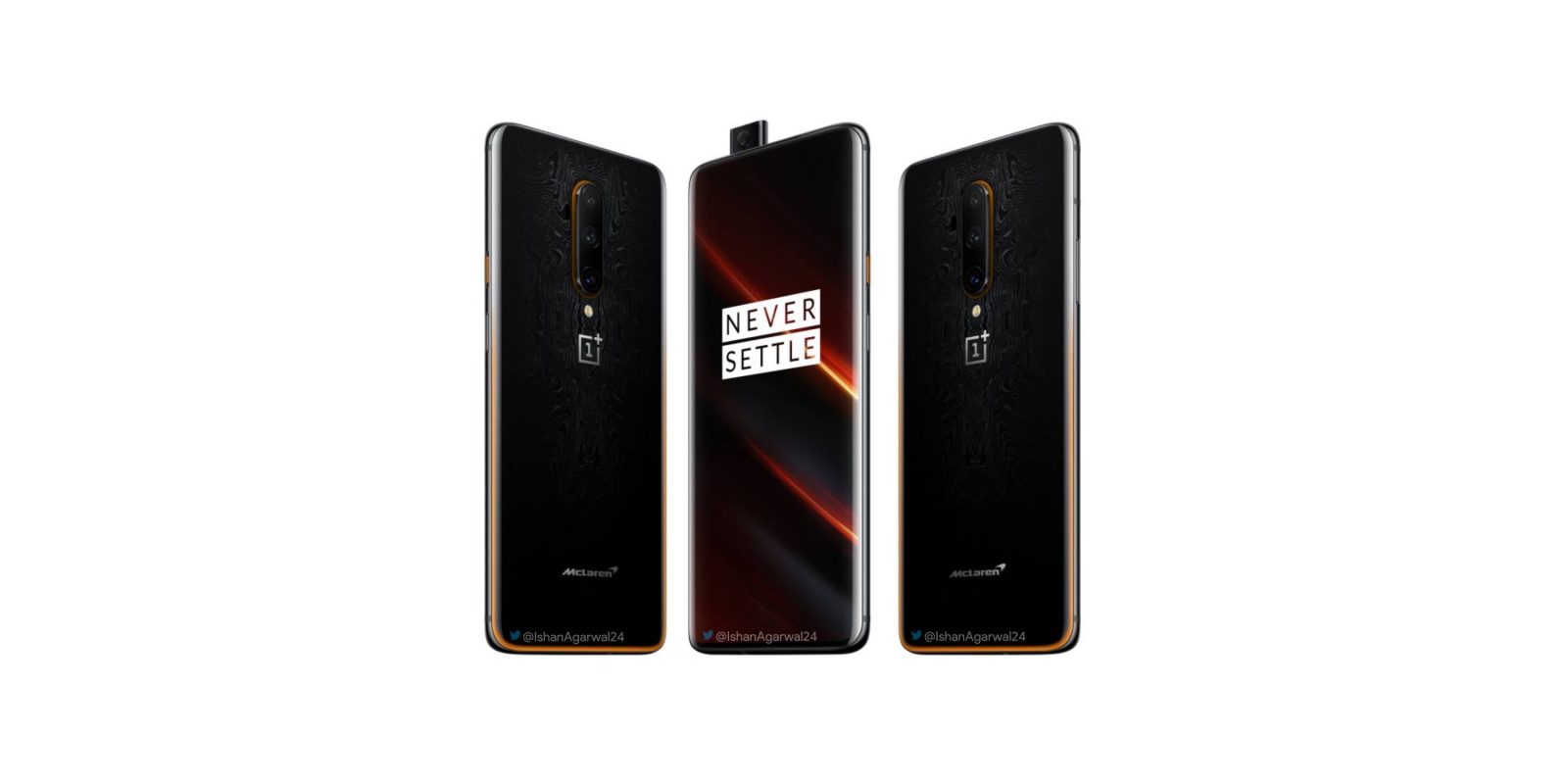 OnePlus is set to host another event today to unveil the rest of the OnePlus 7T series, and that includes two versions of the Pro. Just hours ahead of the event, we’re getting some renders that reveal what the OnePlus 7T Pro McLaren Edition looks like as well as its pricing.

Ishan Argawal posted to Twitter this morning several renders of the OnePlus 7T Pro McLaren Edition which reveal basically everything about the device.

It’ll have the same orange accent color as the 6T, this time also extending to the power button which is a nice touch. However, the carbon fiber pattern is gone from the back. We know that it’s going to be on the packaging, but on the phone itself, there’s a sort of wood grain or topographic pattern.

Aside from that, the design of the phone is basically unchanged from the normal OnePlus 7/T Pro with a bezel-less display and pop-up camera. Personally, I dig the orange accents around the triple-camera housing too.

Max J shared another image of the device in the wild on his Twitter account (above) which shows that the effect will be just as subtle in real-life. 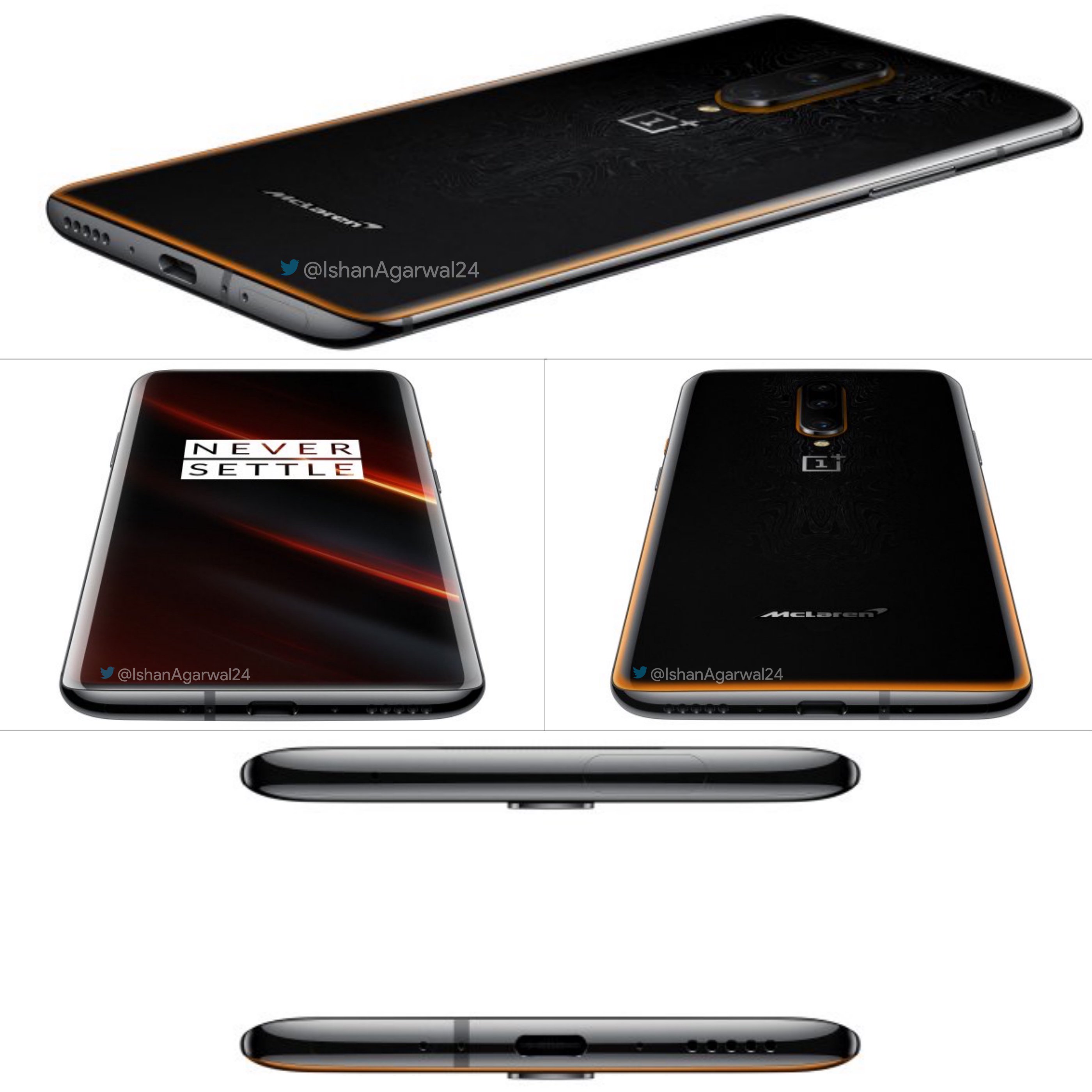