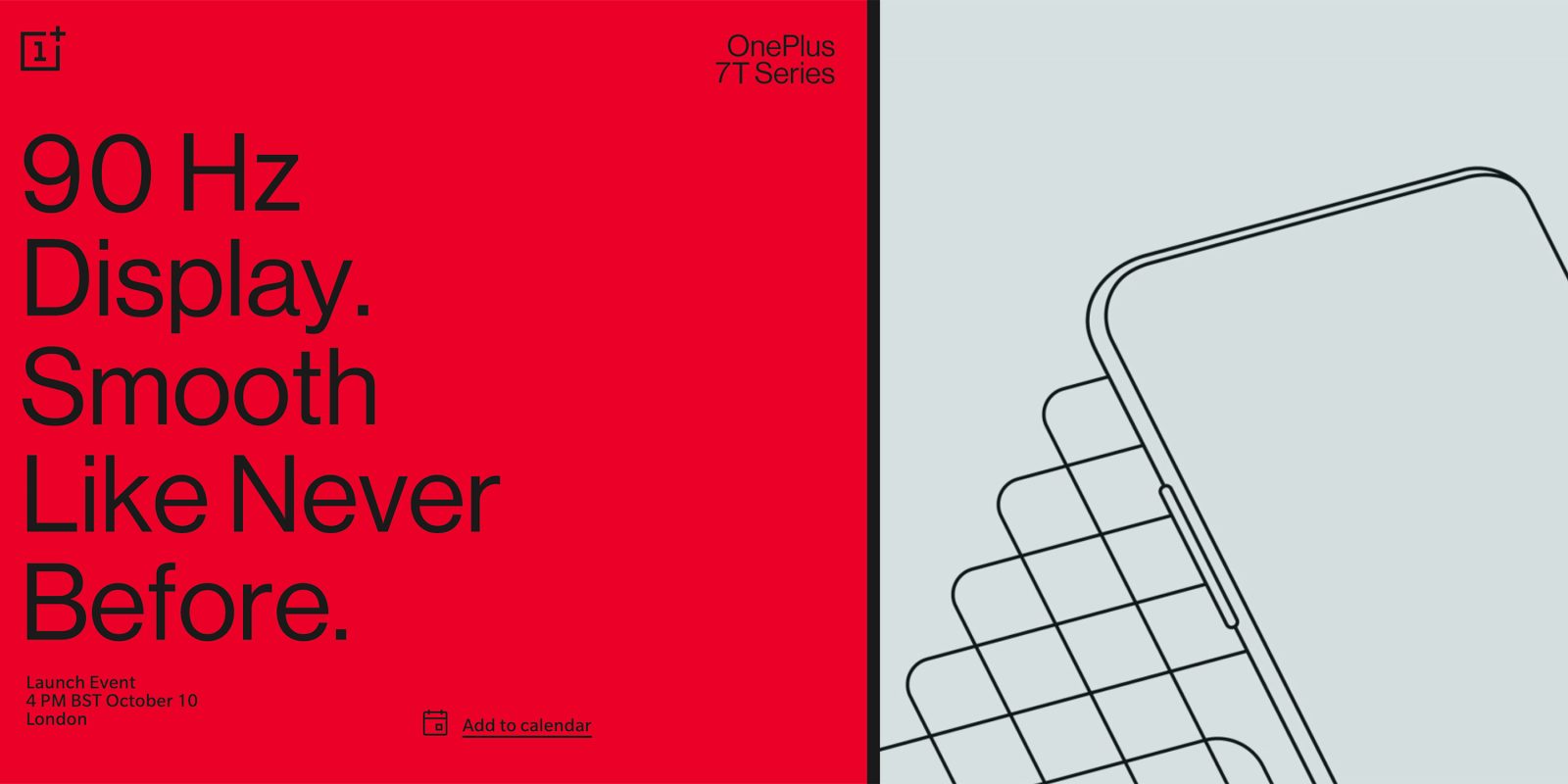 The OnePlus 7T series is set for an official October 10 launch in the UK some days after being unveiled first at a September 26 Indian launch event.

We’ve been eagerly awaiting details on when we may get to see the follow-up to the superb OnePlus 7 and OnePlus 7 Pro, so the news that we only have a few short weeks to wait before seeing the rumored trio of new OnePlus handsets is very welcome.

In a now-deleted tweet, OnePlus India linked to a YouTube video that confirmed fans in the region will be getting a slightly earlier look at the new handsets and upcoming smart TV in somewhat of an odd move. OnePlus then confirmed that the UK launch event is set for October 10 in North Greenwich, London.

We’re still not sure about having a staggered launch event for the OnePlus 7T and OnePlus 7T Pro. It may be due to the new TV hardware but it’s still unclear at this stage. OnePlus is also offering fans the chance to win tickets to the London event, which is further evidence that this is, in fact, the real global launch.

The Global Launch event will take place in the brand new Magazine London venue at 4 pm BST (12 pm ET). The company also dropped a teaser for the next ‘flagship killer’ over on YouTube that hints at a similar color to the Nebula Blue option found on the current OnePlus 7 Pro.

Tickets for the event will go on sale from September 20 over on the official OnePlus website, with a few lucky fans being able to win event travel and a 3-day trip to the proceedings. OnePlus has teased that there will be “more to come in London,” which could point to a staggered unveil of the new rumored 7T models.