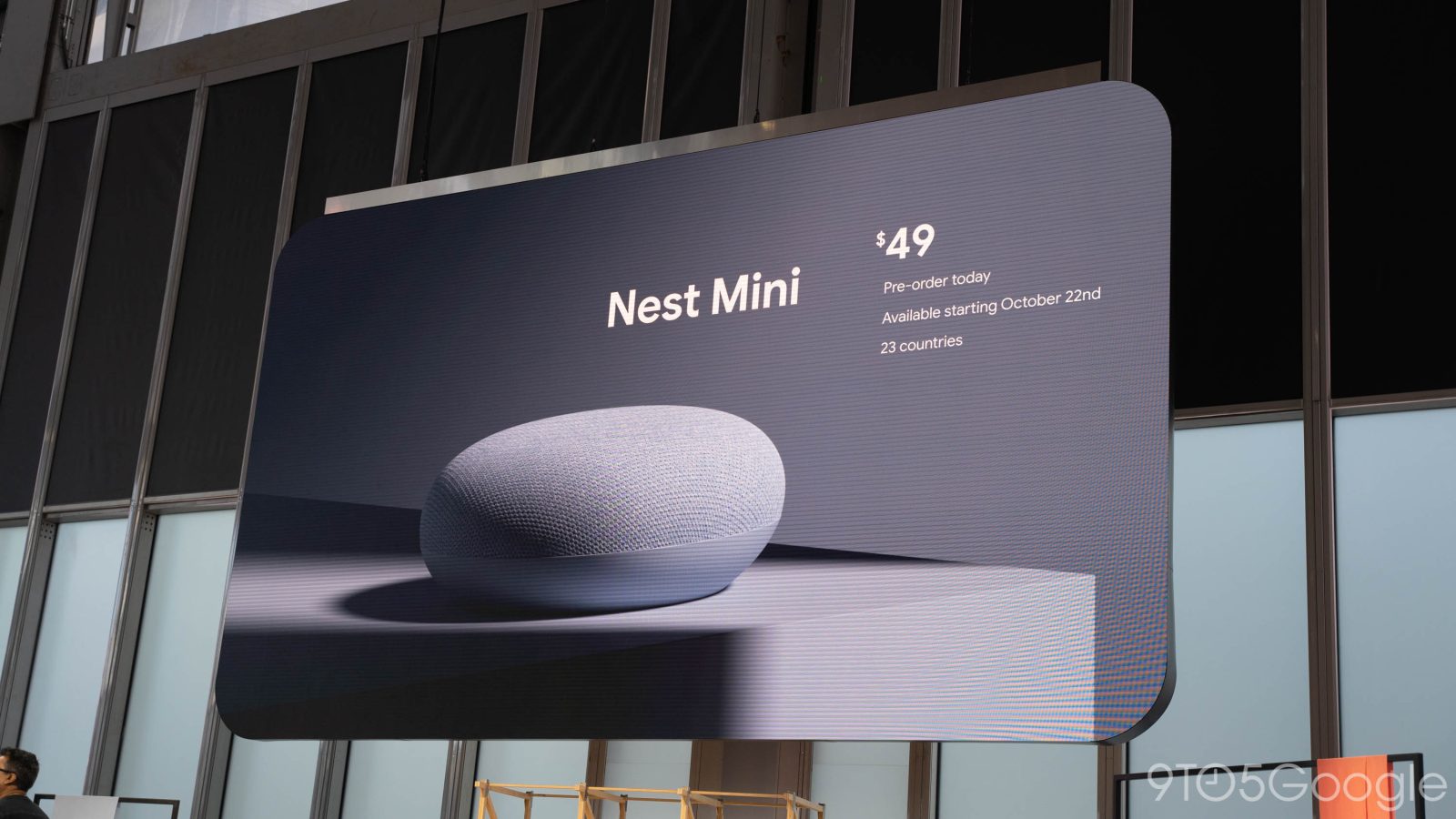 Google Assistant’s current dominance is due in part to Google flooding the market with very affordable and even free Home Minis. Two years later, the smart speaker is seeing a second-generation at Made by Google 2019 with the Nest Mini.

It’s the first smart speaker launched under the unified “Google Nest” smart home brand introduced at I/O 2019 in May. Similar to how the Nest Hub Max is just a scaled up Nest Hub, Google is sticking to the same design that made the original Mini a success.

This second-generation Assistant device is still puck-shaped and exudes a homey feeling thanks to its fabric-covered top where four indicator lights are embedded. Like before, there is a physical switch near the power port to disable the far-field microphones with orange dots also providing confirmation.

Reflecting third-party solutions that popped up after the first-generation launched, the Google Nest Mini is now wall mountable. A groove on the flat underside allows the speaker to be hooked on a nail and is ideal for rooms or hallways that have no free table space. The Home app can flip volume controls and LEDs (so that dots are ascending) when the power cable is pointing down.

The left and right side can be tapped to adjust volume, while the Nest Mini now lights up with the current sound level when you physically approach it. Speaking of audio, there is a louder speaker that outputs twice the bass.

Other specs include Bluetooth 5.0 (an upgrade over 4.1) and 802.11ac Wi-Fi, as well as a barrel power plug instead of microUSB. There are now three far-field microphones, and a dedicated machine learning chip that works locally on device. Google touts how Nest Mini and Assistant will be faster as a result.

As Google promised earlier this year, the Nest Mini is made of partially recycled materials. Colors this year again include Chalk, Charcoal, and Coral, as well as Sky (blue) to replace Aqua. The underside hue now matches the bottom plastic half, but the groove is accented for a touch of whimsy.

Made by Google is retaining the same $49 price point for the Nest Mini as the original. It’s available on October 22 in 23 countries with pre-orders open today.