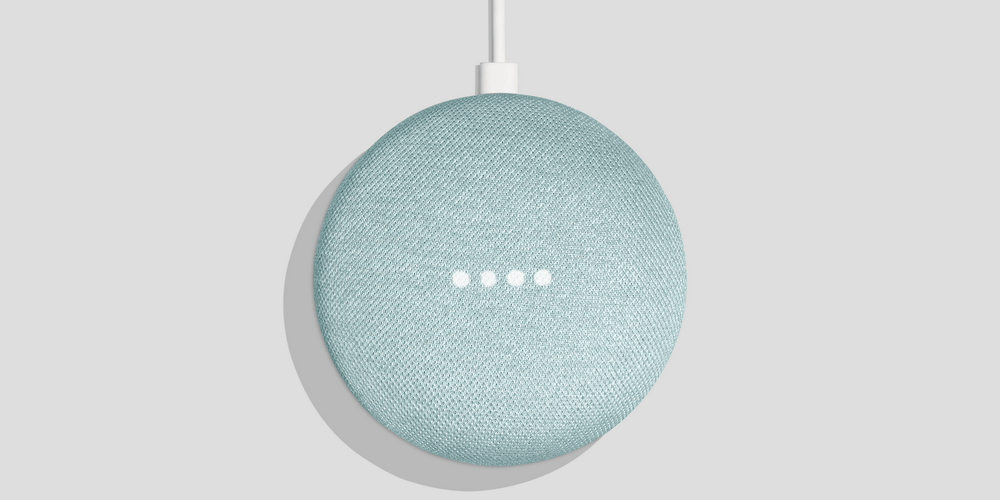 If you don’t have a Google Home Mini in your bathroom yet, now might be the time to get on that. Google Home Mini is now available in a fourth color, one that Google says is a “blue” — the same color as the “ocean waves.”

From the official Google blog, The Keyword:

Blue: the color of ocean waves, the bright sky, sapphires and now … our latest Google Home Mini. Well, we’re actually calling it Aqua, and this new color is the first one we’ve added since we launched Google Home Mini last year.

Google’s Isabelle Olsen writes that it’s “made from the same fabric as the Mini’s original colors—chalk, charcoal and coral,” and has the “same aesthetic goal,” which is “to easily blend into your home.”

Functionally speaking, this Home is identical to those already on the market. Not only does it do everything that Google Homes have been able to do since day one, like play music on Spotify, it can also do things announced since last year, like speak two languages at once and send home-wide broadcasts.

While pricing hasn’t been announced, Google says the new Home Mini will be available from the Google Store and Walmart’s online store later this month. The current home mini runs for $50, but maybe a price drop will be announced on October 9th at Google’s event?

Update 11/28: The Aqua Google Home Mini was added to the Google Store at some point in the last 48 hours, and Google just announced its availability on Twitter.

I’ll have to see the new color in person to make a final judgment, but doesn’t it look a little more green than blue? Also, is this going to be the same “mint” color that’s rumored for the Google Pixel 3 and Pixel 3 XL? Questions, questions.