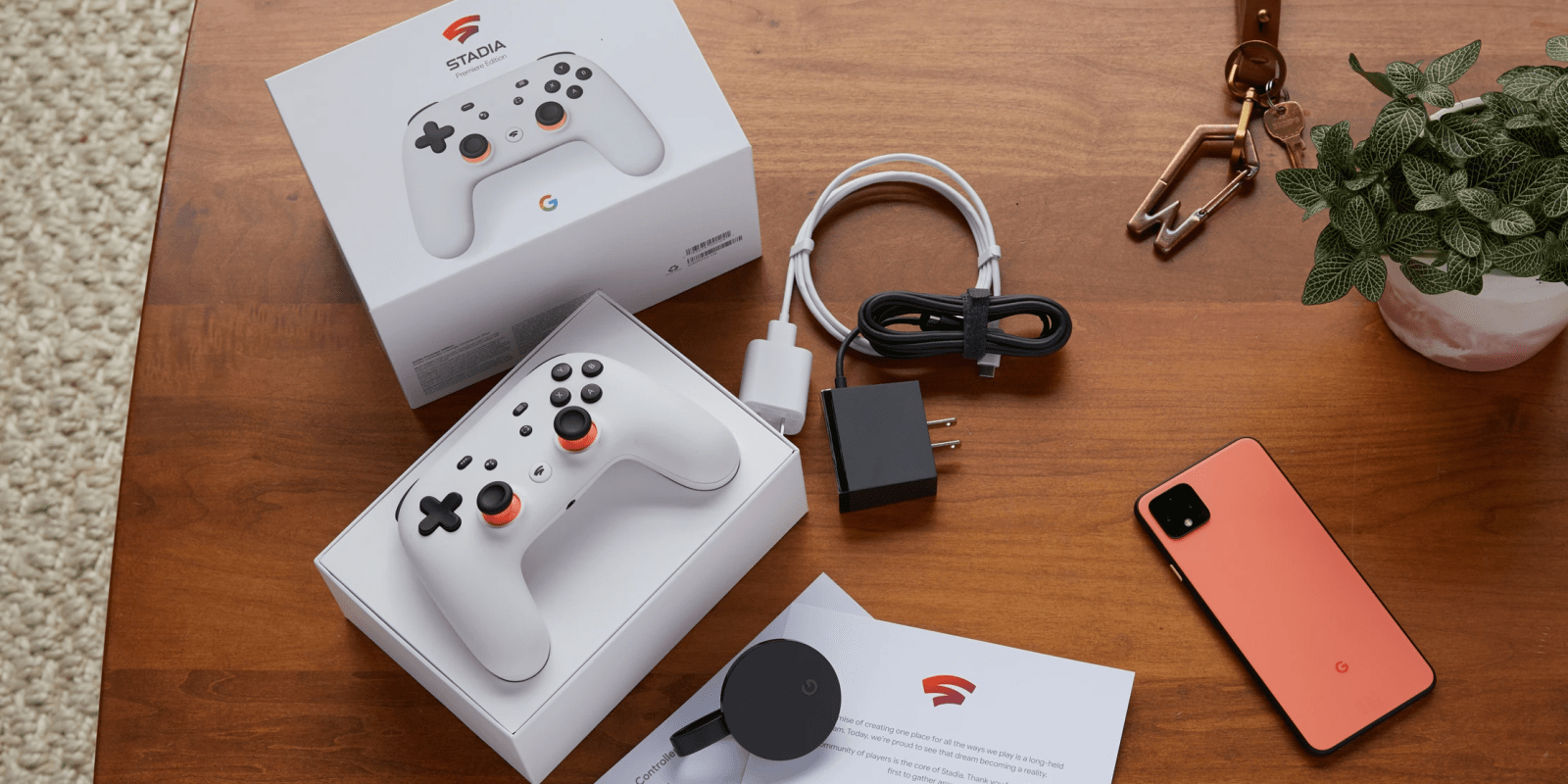 One of the first announcements at Made by Google 2019 revealed that Stadia is launching on November 19. A number of new details have also emerged at the event today, including the Google Stadia UI for Android phones and TVs, packaging, and which mobile devices are supported.

By launch, “you’ll be able to buy and play your favorite games.” In terms of shipping, Google specified that “Stadia Founder’s Edition will start arriving on gamers’ doorsteps” that Tuesday. 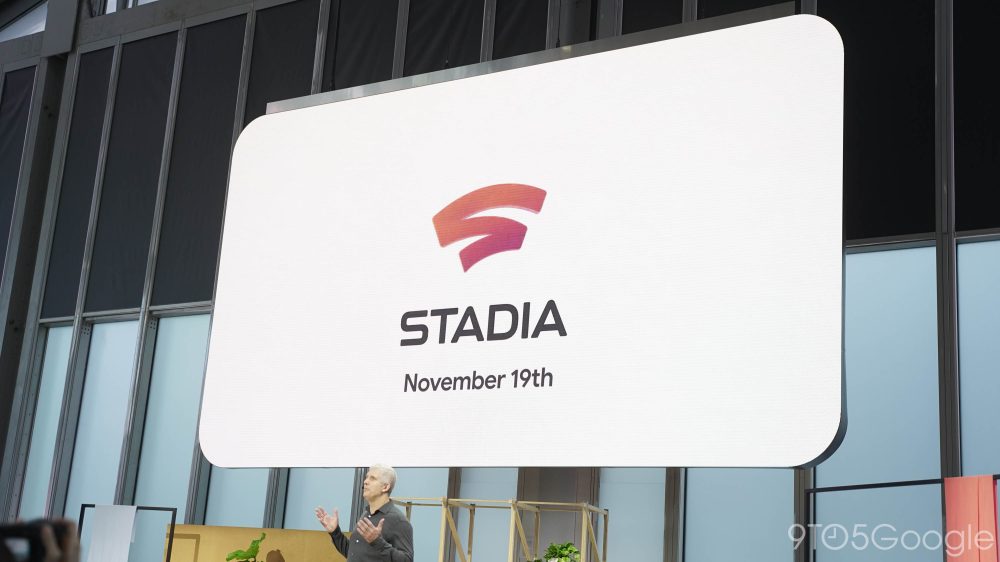 Google shared how Stadia will be physically presented to buyers today. The Premiere Edition will show off the Clearly White Controller in full when you slide off the box. It comes with a USB-A to USB-C cable and wall charger, as well as the Chromecast Ultra and its power/Ethernet adapter. There’s also a “Get Started” guide and welcome note from the Stadia team. 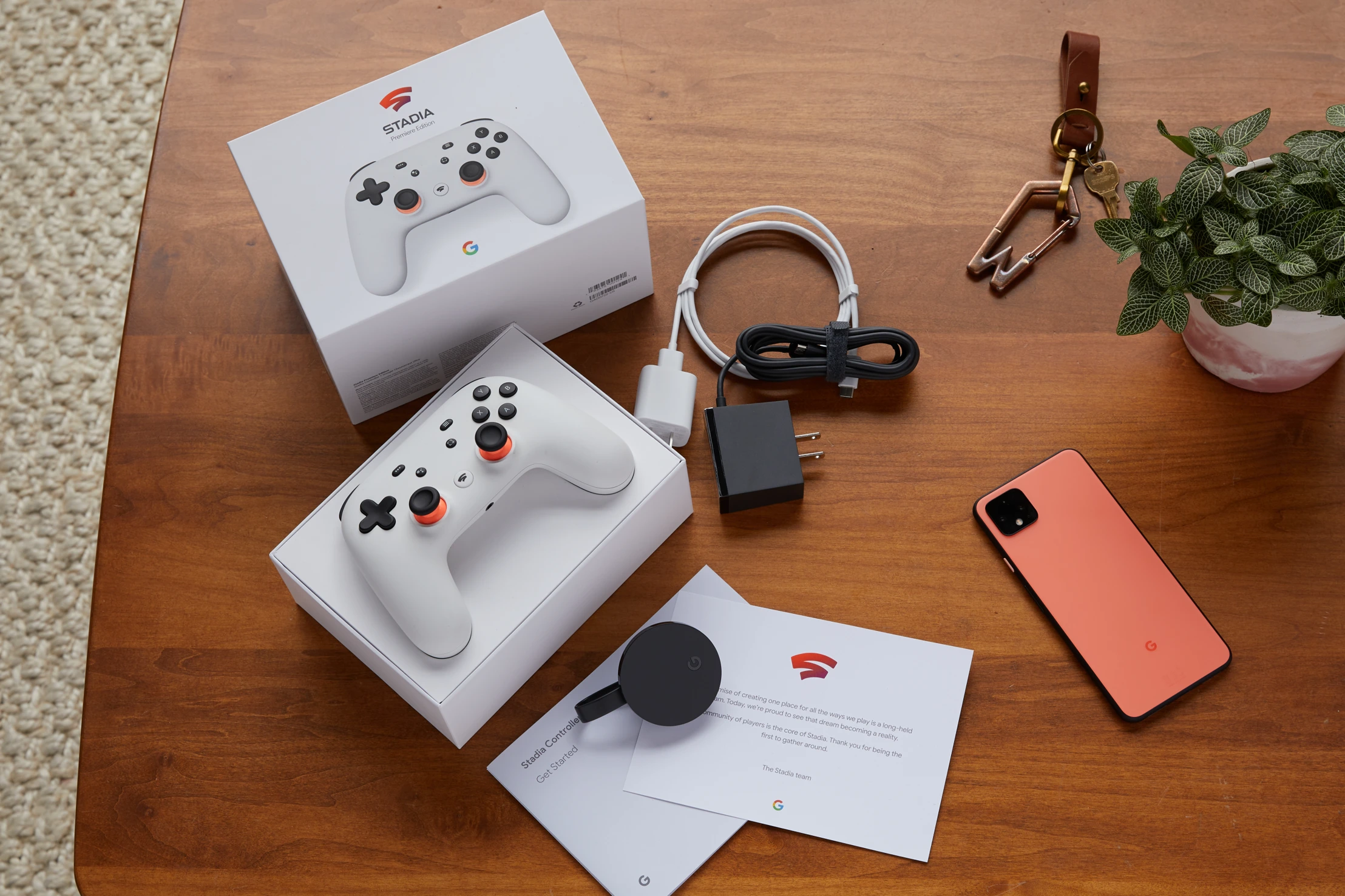 An “Everything You Need To Know Before Launch” video from Google shows off the Stadia homescreen interface on televisions (via Chromecasts.) It makes use of fullscreen game cover art that features the ‘S’ beacon in the top-left and your Stadia name/avatar to the right. A play button starts the stream. There is a “Your games” carousel that slides up from the bottom of the screen to browse.

On mobile, the Stadia app has two tabs for “Store” and “Play.” At the top-right of the screen is a controller icon to access related settings, contacts, and your profile icon. Your “Friends” list has a black background and shows player statuses: “Online,” “Idle,” “Busy,” and “Offline.”

The Pixel Slate, Acer Chromebook Tab 10, and HP Chromebook X2 are identified as the “select tablets” that will work with Stadia. Google has yet to discuss Android tablet or iPad support. [Note: All Chrome OS laptops, convertibles, and other form factors are compatible with Stadia.]

Meanwhile, smartphones include the Pixel 3, Pixel 3 XL, Pixel 3a, Pixel 3a XL, Pixel 4, and Pixel 4 XL. [Update 10/16: Google has added the Pixel 2 and Pixel 2 XL to the list of mobile devices that will support Stadia.]

The key aspect of Stadia’s Controller is how it directly connects over Wi-Fi to Stadia instances in the cloud. Google today noted how “at launch, wireless play with the Stadia Controller is only available on TV using a Chromecast Ultra.” 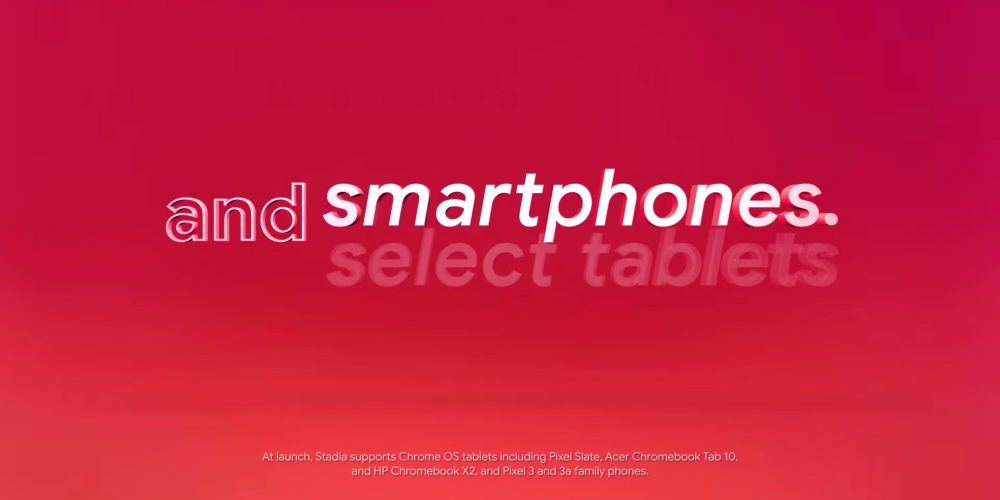 An “inside story” behind the only piece of Stadia hardware reveals how knife handles inspired the design. Google says the Controller is made for “small and large hands,” so that it’s “super usable for a large segment of gamers that aren’t always appreciated.” Google worked hard to have a “non-visible screw design,” which presumably means that the outer shell is held in place by clips.

It’s super important to give it that nice clean look instead of punching a bunch of holes onto the back.

Described as “one of the biggest challenges for product design,” this results in a feel that is “very comfortable in the hand and seamless.”