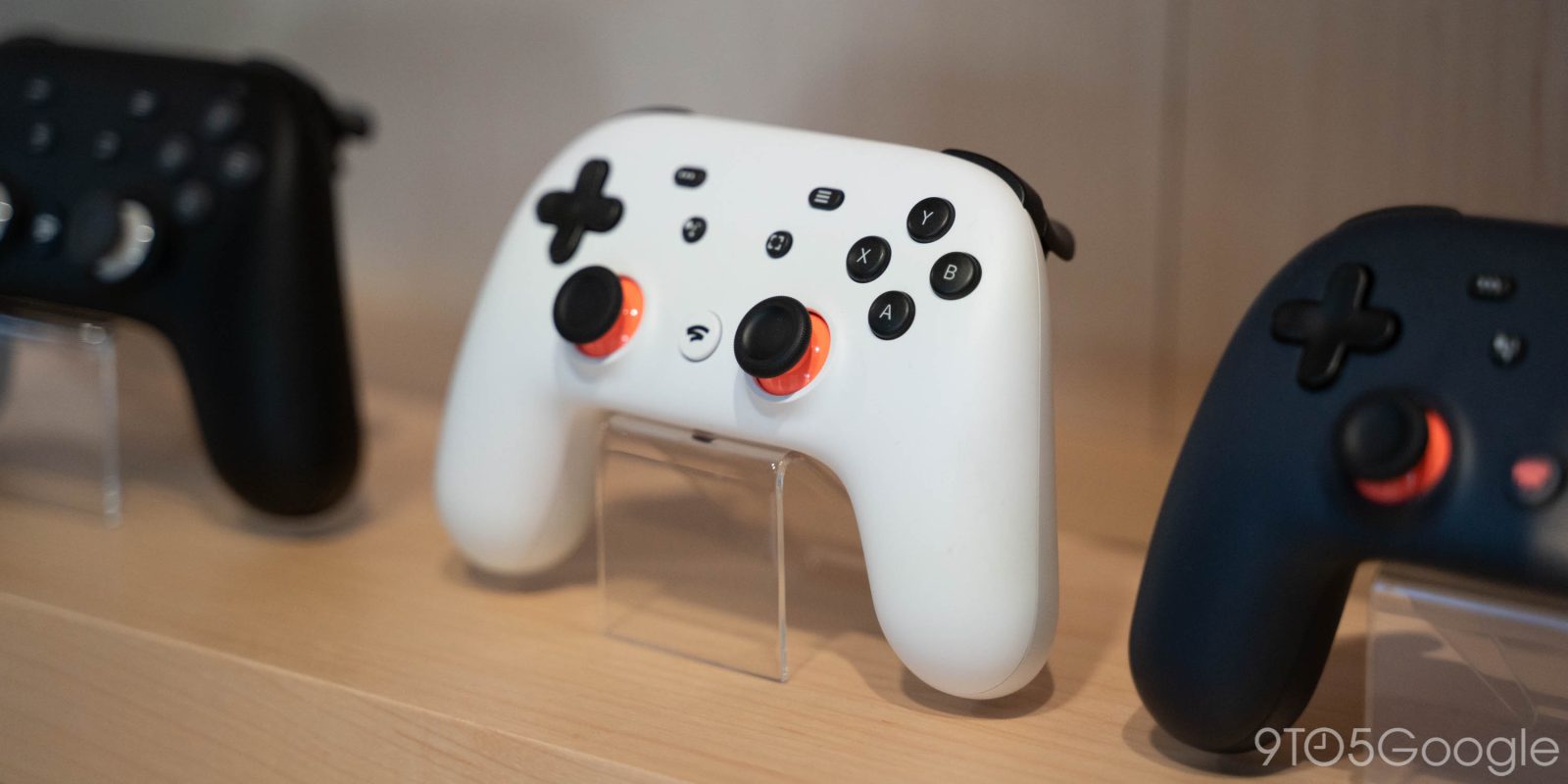 Beyond the November 19th launch date, a number of Stadia developments were announced at Made by Google 2019. In addition to the Pixel 4 being compatible with the game streaming service, Google today revealed that the Pixel 2 and Pixel 2 XL will also be supported by Stadia.

Google today quietly updated the “Stadia availability & requirements” page with the Pixel 2 and Pixel 4. Those phones join the Pixel 3 and Pixel 3a for mobile gameplay. Oddly, the promotional video released yesterday did not note the new phone additions, even the 2019 flagship.

This list now also mentions the Premiere Edition that Google started selling after Founder’s Edition sold out in Europe last month. Shortly after the launch date reveal yesterday, the initial bundle went out of stock in the United Kingdom. It’s still available for pre-order in the US and Canada.

The Pixel 2 features a 5-inch 1080p AMOLED screen, while the Pixel 2 XL has a larger and higher-resolution 6-inch P-OLED display at 1440p that’s better suited for mobile gameplay. Both are powered by Qualcomm’s Snapdragon 835 with 4GB of RAM. Google has yet to detail the exact phone specifications needed for the service, but extending Stadia support to the 2017 Pixel 2 is promising.

An “Everything You Need To Know Before Launch” video released by Stadia yesterday briefly showed off the Android companion app and television UI. It also emerged that the Controller at launch will not support “wireless play” on Pixels or desktops. The Wi-Fi accessory’s signature feature only works with Chromecast Ultra at launch.