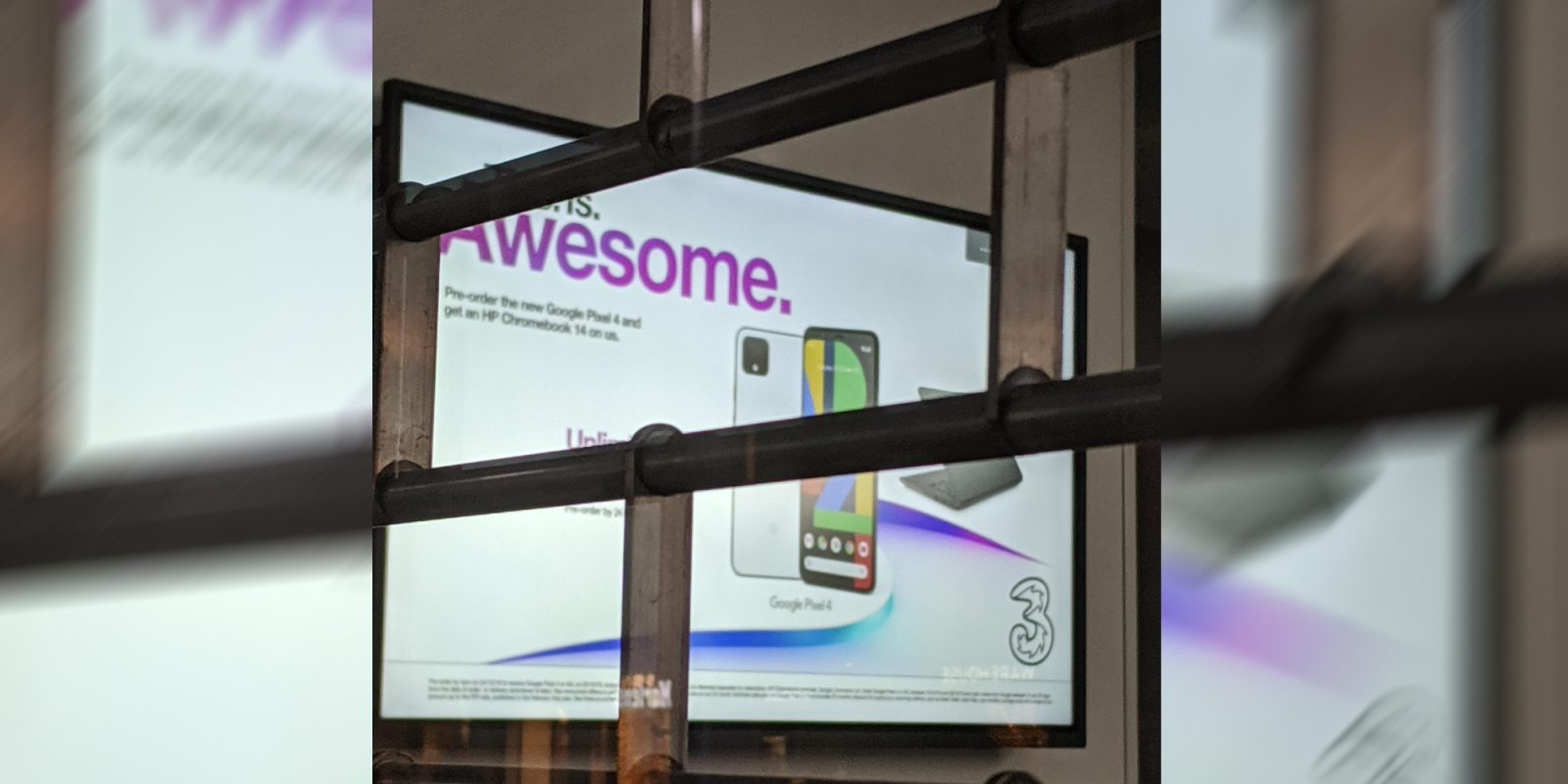 While we know a ton about the upcoming Pixel 4, a Three UK billboard has been spotted here in the UK confirming a pretty enticing pre-order bonus.

The Pixel 4 billboard was spotted by Reddit user /u/bbc472 inside Nottingham’s Long Row Three UK carrier store. It also teases the prospect of a free HP Chromebook 14 for those that pre-order the device prior to launch.

[Update: 10/15]: So, we’ve seen the Pixel 4 and 4 XL get officially announced and that pretty solid pre-order offer has actually been expanded to almost all major UK retailers, including the Google Store UK.

There are a few details in the fine print that you might want to make note of if you do want the Pixel 4 with that HP Chromebook 14. Should you buy from one of the qualifying retailers, just head to pixel-offers.co.uk to get started.

[Update: 10/14]: It appears that the very same offer is being extended to potential EE customers here in the UK as we have received a tip showing online banner ads with the free HP Chromebook 14 included.

The banner ad also shows the device starting at £50 upfront with a £44 per month contract that comes with 4GB of mobile data. That really doesn’t bode well for unlocked Pixel 4 pricing as this is an indication that the Pixel 4 pricing could be well above that £700 barrier.

Considering that Three skipped the Pixel 3a earlier this year, this is an enticing deal for those that are looking to upgrade. With the HP Chromebook 14 costing around £229 or $290, that is a pretty sizeable freebie to be given out alongside the new flagship.

I’m sure fellow UK readers will confirm that we don’t often get great pre-order bonuses, so this is a pretty solid inclusion and one that might see people jumping to the carrier come launch day. While the billboard is slightly obscured, it also hints at unlimited data plans being available for the device too — which is much less of a surprise. 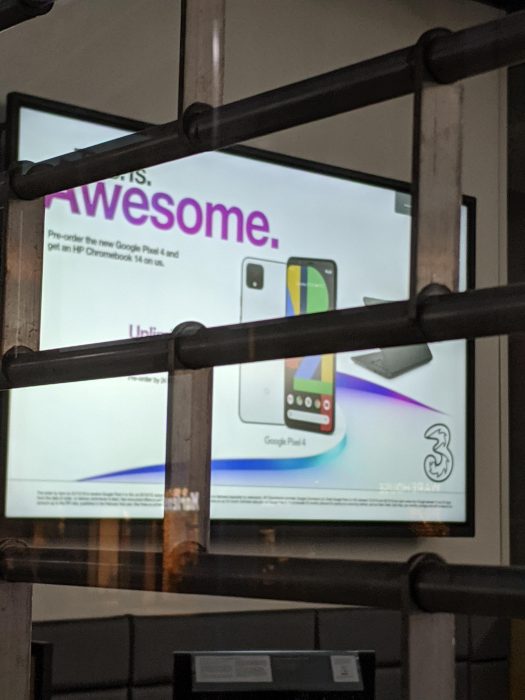 We expect further UK carrier details to emerge in the coming week or so ahead of launch but it will take a lot to beat this enticing offer. If you cast your mind back to the Pixel 3a launch, a similar promotion was run with UK retailer Carphone Warehouse. They too offered a free Chromebook to those that pre-ordered the device unlocked ahead of launch.

It’s also worth keeping your eyes peeled for further in-store advertising boards and billboards popping up with the Pixel 4 emblazoned upon them over the next few days as Google and carriers ramp-up marketing material ahead of a big push.