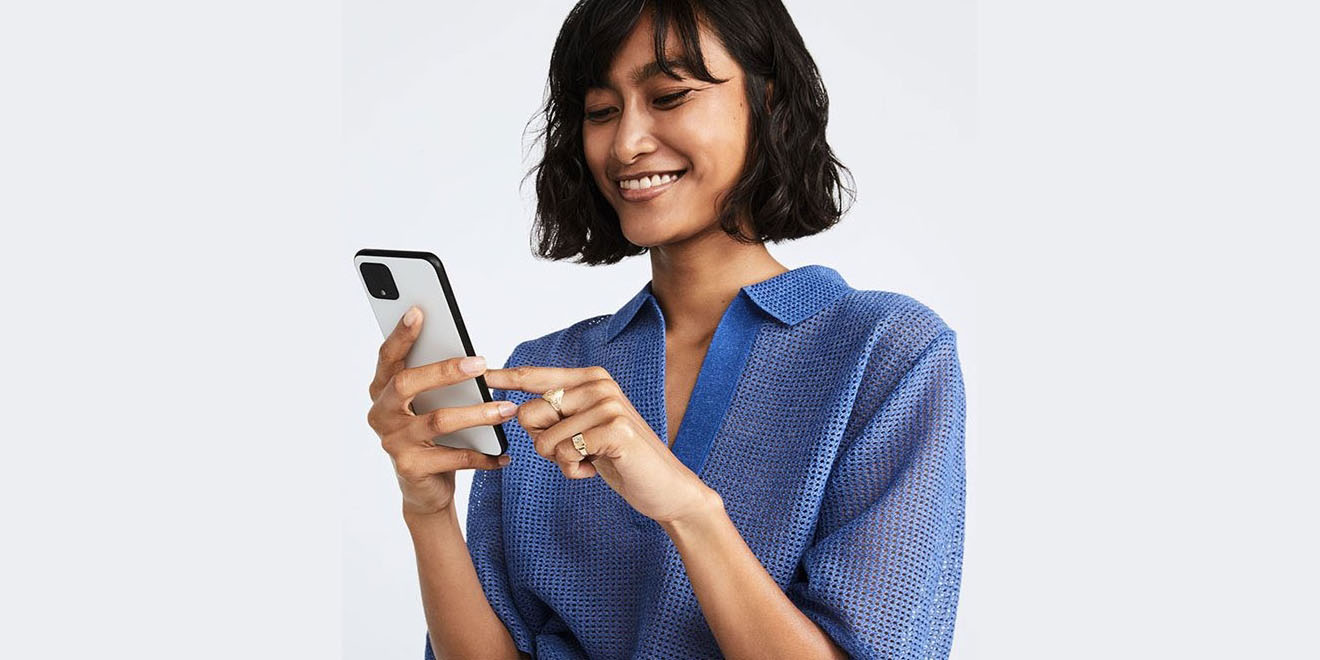 Earlier this month we shared a ton of new images and videos from the Pixel 4 from Google’s marketing materials from the device. This morning, Evan Blass has another brief gallery of images to offer.

Shared on his (private) Twitter account, Blass offers up four new images of Google’s soon-to-be-announced flagship. The images themselves don’t reveal any new details, but they do help corroborate our exclusive reports, since many of the same actors and settings are being used here.

The most interesting marketing photos are those that show off some Pixel 4 features. Specifically, we can see Motion Sense in action on YouTube Music to switch songs using the Soli radar chip. As has been hinted at before, there appears to be a sort of “halo” animation at the top of the screen to indicate Motion Sense is working.

Another image shows off the camera interface again with its dual-exposure controls we first reported on. It also reflects the changes seen in Google Camera 7.1.

Google is set to officially debut the Pixel 4, Pixel 4 XL, and a host of other products including the Pixelbook Go, which we just went hands-on with on October 15. Stay tuned for our full coverage.