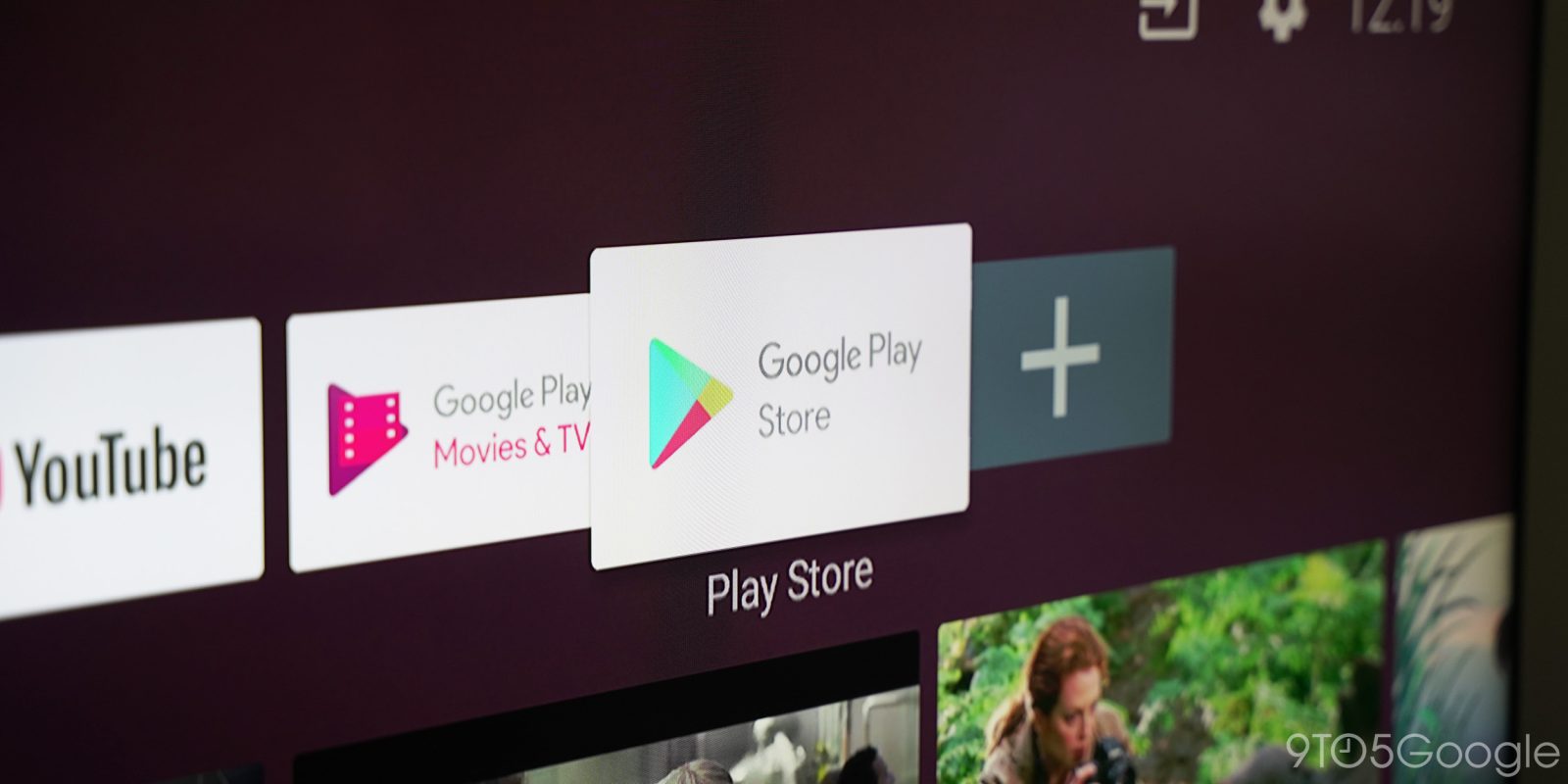 Following the Android revamp in August, Google is now beginning to roll out a Material Theme for the Play Store on Android TV. Compared to the current iteration, the redesign is gorgeous and makes use of full bleed cover art and large text.

For starters, there is a Google Play icon and wordmark in the top-left corner. This is followed by Apps, Games, and My apps being at the right instead of those core sections requiring users to visit a navigation drawer. Search and settings have also been moved to the top-right.

Selecting an app will play a video preview in the background that takes up the entire screen. The app’s name is displayed above, along with the publisher, category, and rating. When a card is not actively selected, the background switches to a black darker than the current gray.

Cards for apps are better spaced out and do not pack as much information in this Play Store redesign for Android TV. The My Apps tab also makes use of the large text at the top of the screen. One screenshot shows a prompt to “Turn on auto-updates.”

The Settings page make use of menus instead of an icon grid that better reminds users where they are in the interface. This interface never needed a fullscreen experience.

Overall, this Play Store redesign for Android TV is essentially the one previewed by Google at I/O 2019 with some minor tweaks. According to one Redditor today, this TV revamp was enabled on version 16.9.42 of the Play Store. We are not seeing it on any of our devices today. Google Play is quite slow to widely release A/B tests and other server-side updates.