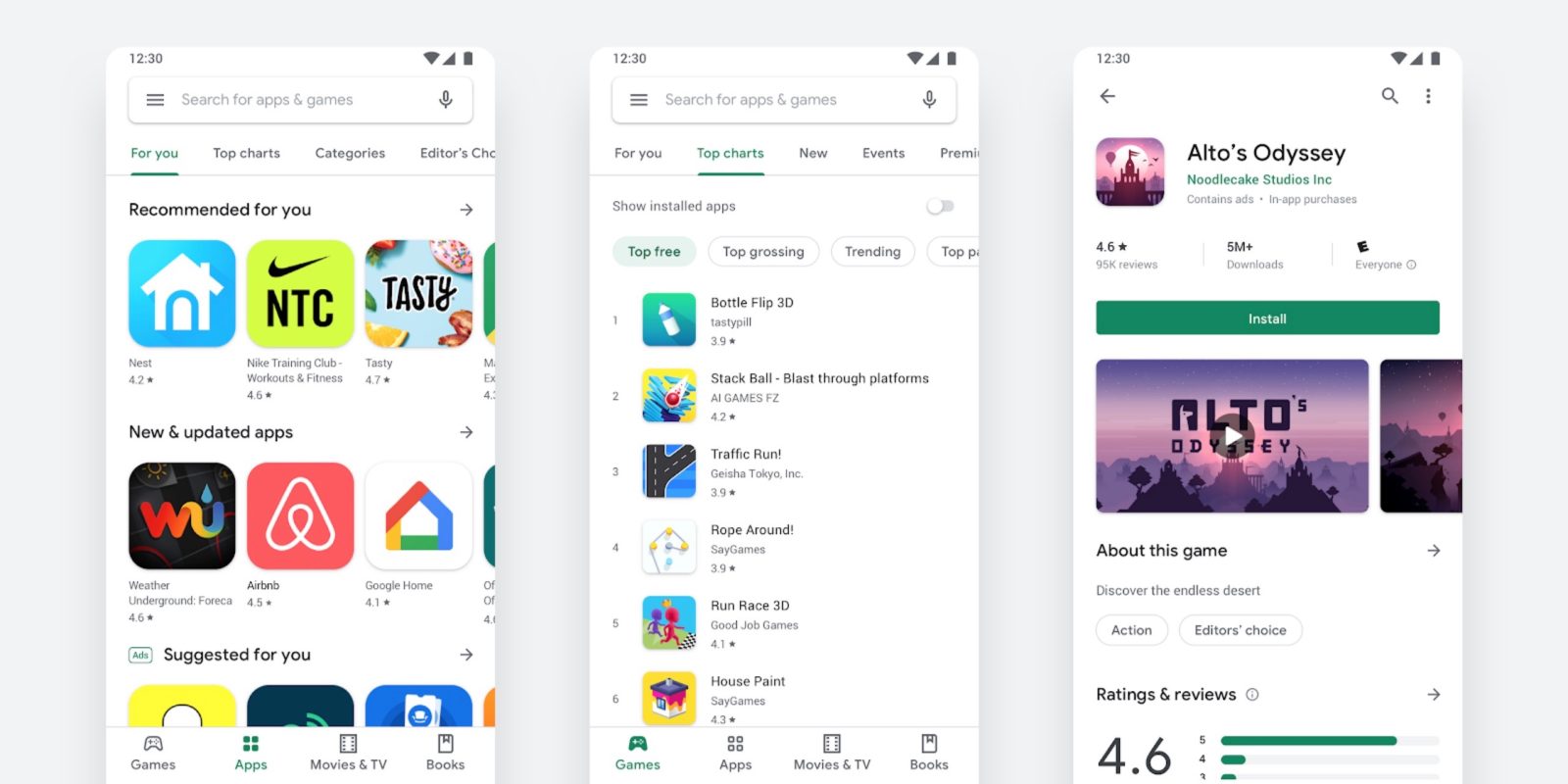 After months of waiting and temporary appearances, the Play Store Material Theme redesign is now official on Android. Google today announced the revamp after it began widely rolling out last week. The company also detailed the key changes.

This “complete visual redesign” comes as the Play Store now has over two billion monthly active users. The end goal of the Material Theme and “several user-facing updates” is to create a “cleaner, more premium store that improves app discovery and accessibility for our diverse set of users.”

That last improvement is related to Google requiring new rounded square app icons for Play on Android and Chrome OS.

The Material Theme Play Store began widely rolling out last Friday after a number of users encountered the look from late May to mid-June. We first enabled it in April, and it should be available for all users as of this week.