Pixel 4 vs. OnePlus 7T: Which should you pick and why? [Video] 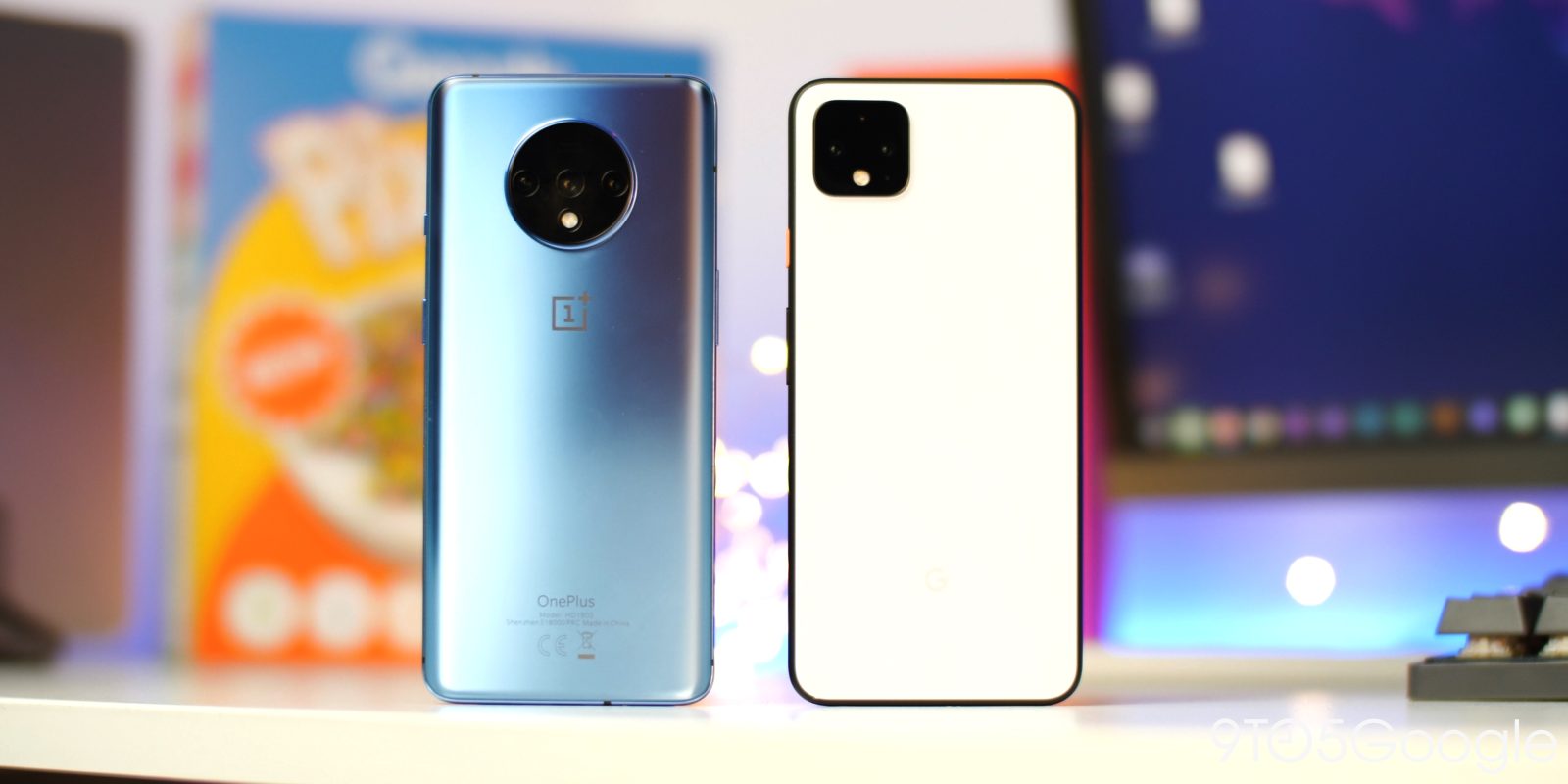 While the Pixel 4 and 4 XL are the best Pixel devices to date, there is another smartphone vying for your hard-earned cash — the OnePlus 7T.

The tail end of 2019 has seen a flurry of smartphones enter the fray, all of which can offer you a number of impressive features, functions, and experiences. While we have a wealth of fantastic smartphones to choose from right now, in the US there is, sadly, no room for the OnePlus 7T Pro.

It’s understandable that the sheer number of options can sometimes severely cloud your decision-making process. Because of that, we want to help you make up your mind by laying all the core information on the table so you’re not confused or frustrated.

In our own review of the Pixel 4 and 4 XL, we suggested that the OnePlus 7T might be a better purchase for most people. But if you’re on the fence, which should you pick and why?

This is one area where the OnePlus 7T and Pixel 4/4 XL share some common traits. Both devices have an AMOLED 90Hz refresh rate display. Both include top-tier chipsets, although the 7T does come with the slightly newer Snapdragon 855+ chip rather than the Snapdragon 855. This minor upgrade should give you better gaming performance, but it’s not immediately clear how much it improves the overall day-to-day experience.

While sharing a few notable traits, the two design languages couldn’t be further apart — especially for a 2019 flagship phone. The Pixel 4 line shares many similarities with its predecessors, but it still feels like a refinement of an existing design. One of the most notable changes is that there is now no longer a deep notch on the XL model display. Instead, you get the extended forehead and all of the Soli and Motion Sense extras. 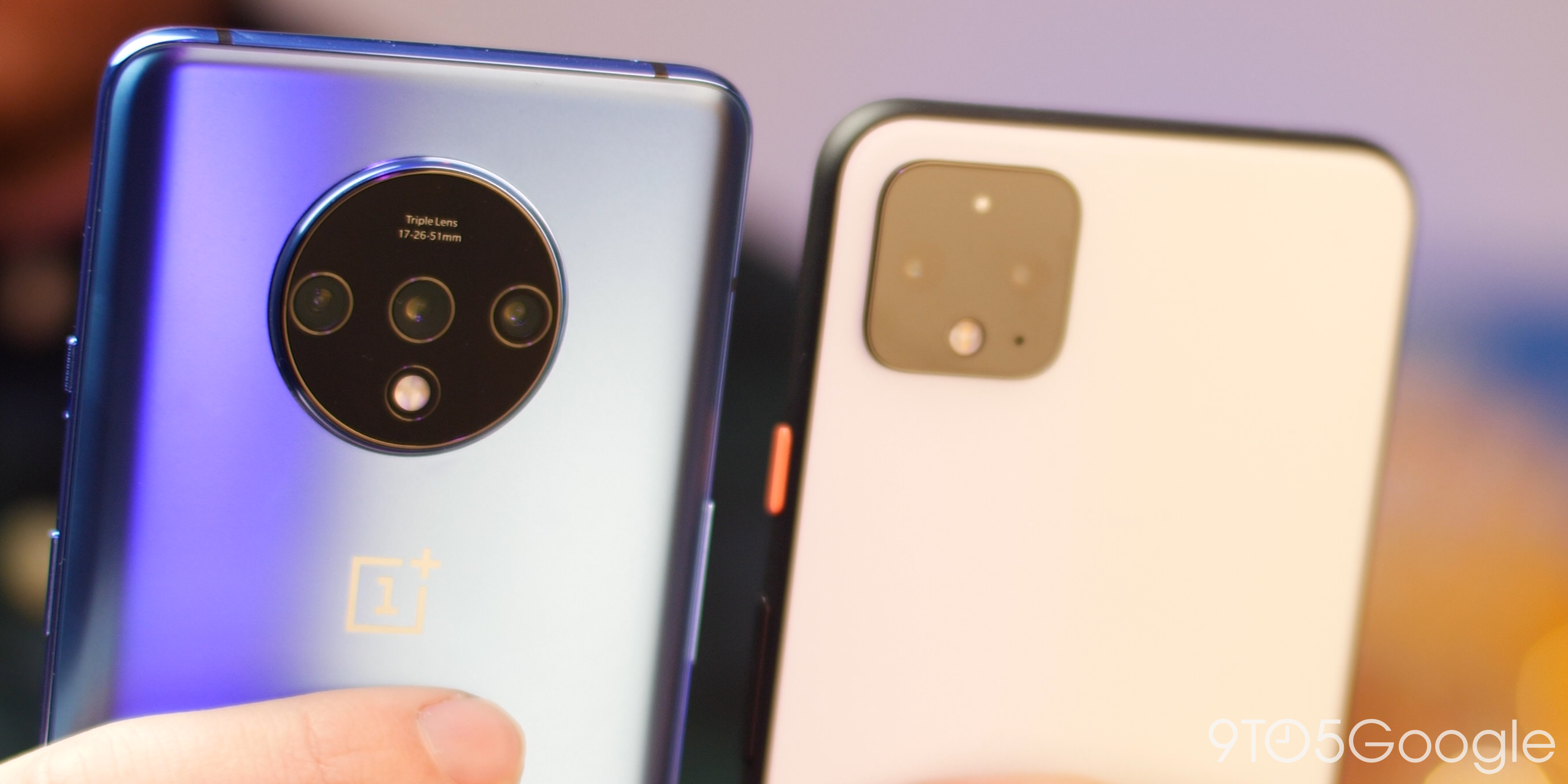 Conversely, the OnePlus 7T feels ever so slightly different from the OnePlus 6T and 7 before it. It retains the same shape but has a new 20:9 aspect ratio. Even with a new aspect ratio, it still feels very much like a continuation of the previous generation. To the uninitiated, it simply looks exactly like the older models.

One thing to note is that the larger Pixel 4 XL does come with a slightly better QHD+ display than the FHD+ display found on the smaller Pixel 4 and OnePlus 7T.

At the rear, the Pixel 4 and OnePlus 7T have had the biggest shake-ups in their device lifespan. Both now come with larger modules. The 7T has a bulbous circular nodule in the middle of the rear panel. Google went for an upper left square bump for the Pixel 4 this time around.

How you feel about the design is no doubt subjective, but both are striking in their own way. It’s worth noting that the 7T will have a slightly more pronounced wobble when placed face up on a desk. In the hand, the curved rear and satin finish of the OnePlus 7T is far more comfortable than the flat back of the Pixel 4 — although the matte black bezels give you more grip without a case.

Only the Pixel 4/4 XL comes with an official IP rating. OnePlus hasn’t actually had the 7T certified but claims that it can withstand a short dunk as long as it isn’t long. If water resistance is important, only the Pixel 4 series will be worth your money. 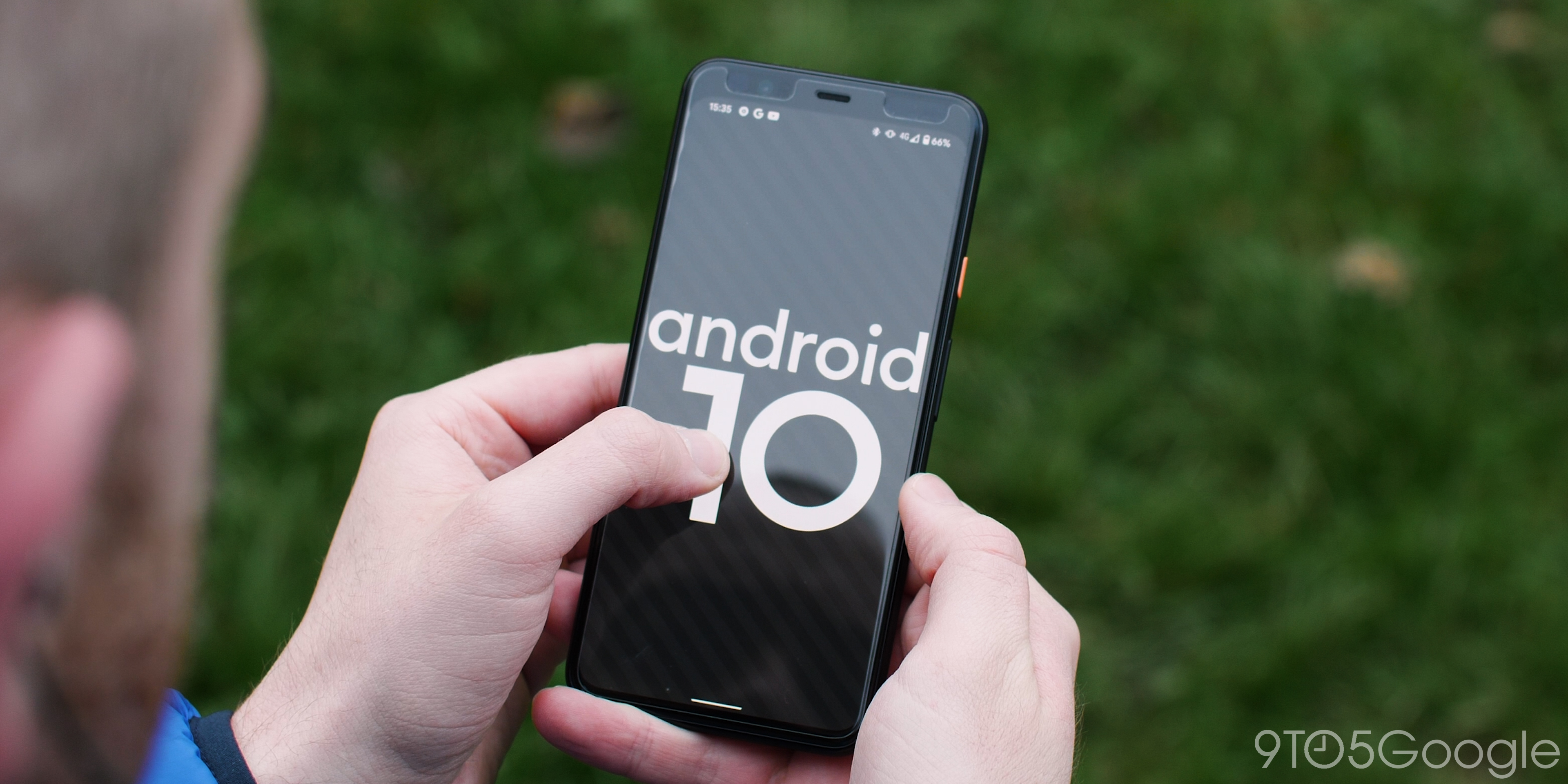 There is no doubt that the Pixel 4/4 XL is the device to choose if you want all of the latest Android software tweaks and updates. However, the OnePlus 7T really isn’t that far behind. In fact, the OxygenOS skin included is marginally faster and, in some cases, smoother in operation. Some of this is down to the increased inertia when doing things like scrolling and swiping, but the Pixel is only a beat behind.

I will say though, that while the Android 10 gestures are fantastic, OnePlus has perfected them. Google could easily just tweak the more “stock” implementation to mimic the OxygenOS gestures and it would be an even contest. Instead of having the back swipe activation all the way along the left and right side, it stops about two-thirds of the way up. This means that you can activate app hamburger and side menus without inadvertently exiting an app or going back.

OxygenOS has additions that you won’t find on the Pixel version of Android 10 — and vice versa. Core features like Motion Sense might seem gimmicky to some, but the inclusion of Pixel-only tweaks like Squeeze to Talk, “Now Playing” song recognition, Live Captions and guarantees of the next two Android updates ahead of the OnePlus 7T just edge it out.

That said, OnePlus has a great track record with pushing out monthly security updates and full Android OS updates. The OnePlus 7T was actually the first phone to ship with Android 10 right out of the box — beating the Pixel 4 by almost a full month. If you are happy to wait for a short period, in most cases, OnePlus phones get updates shortly after Google pushes them. 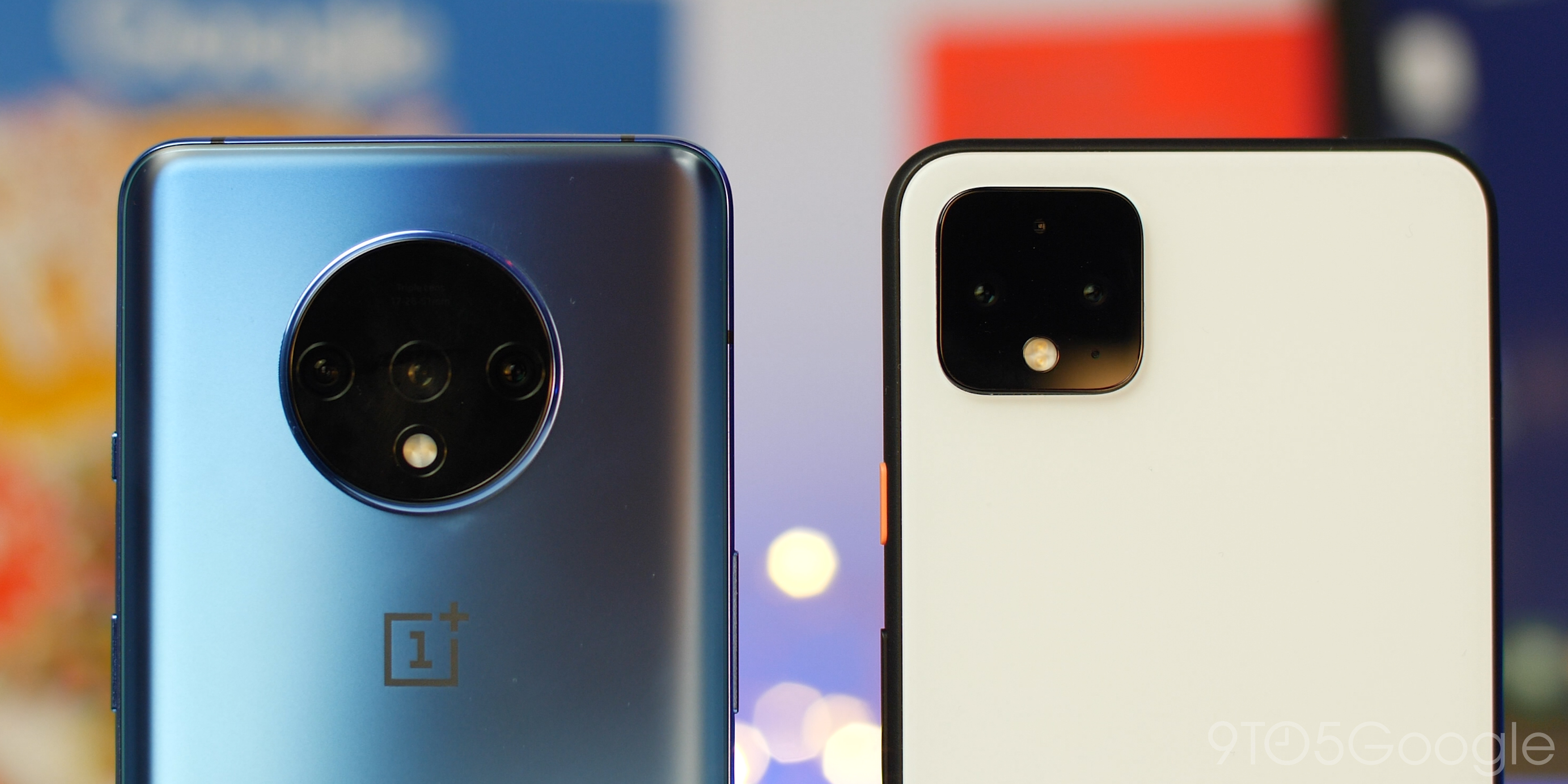 It’s safe to say that OnePlus smartphones have always seemed to suffer with camera systems that aren’t quite up to scratch with other so-called flagships. The OnePlus 7 Pro changed that somewhat, with a really capable triple camera system that can stand toe-to-toe with the best in the business. OnePlus has brought the main components of that 7 Pro camera system to the 7T, and it makes a big difference.

That means it does have a slight advantage on paper by having an ultra-wide-angle as well as a telephoto lens. The Pixel 4 and 4 XL do now have a secondary lens but, of course, this is only in the 2x telephoto flavor. If you really value an ultra-wide-angle lens, then the OnePlus 7T might be a better option.

However, while the 7T can produce solid images in a variety of situations, the Pixel 4 far exceeds it in almost all scenarios. The quality of Google’s computational photography processing means that the Pixel is still one of the best smartphone camera systems on the market.

While stills photography is the Pixel’s arena, for video enthusiasts, the OnePlus 7T is a far better option. Despite Google claiming that 4K 60fps is not that important, you can get the high framerate video on the 7T along with a new “Super Steady” mode and wide-angle video recording, too. 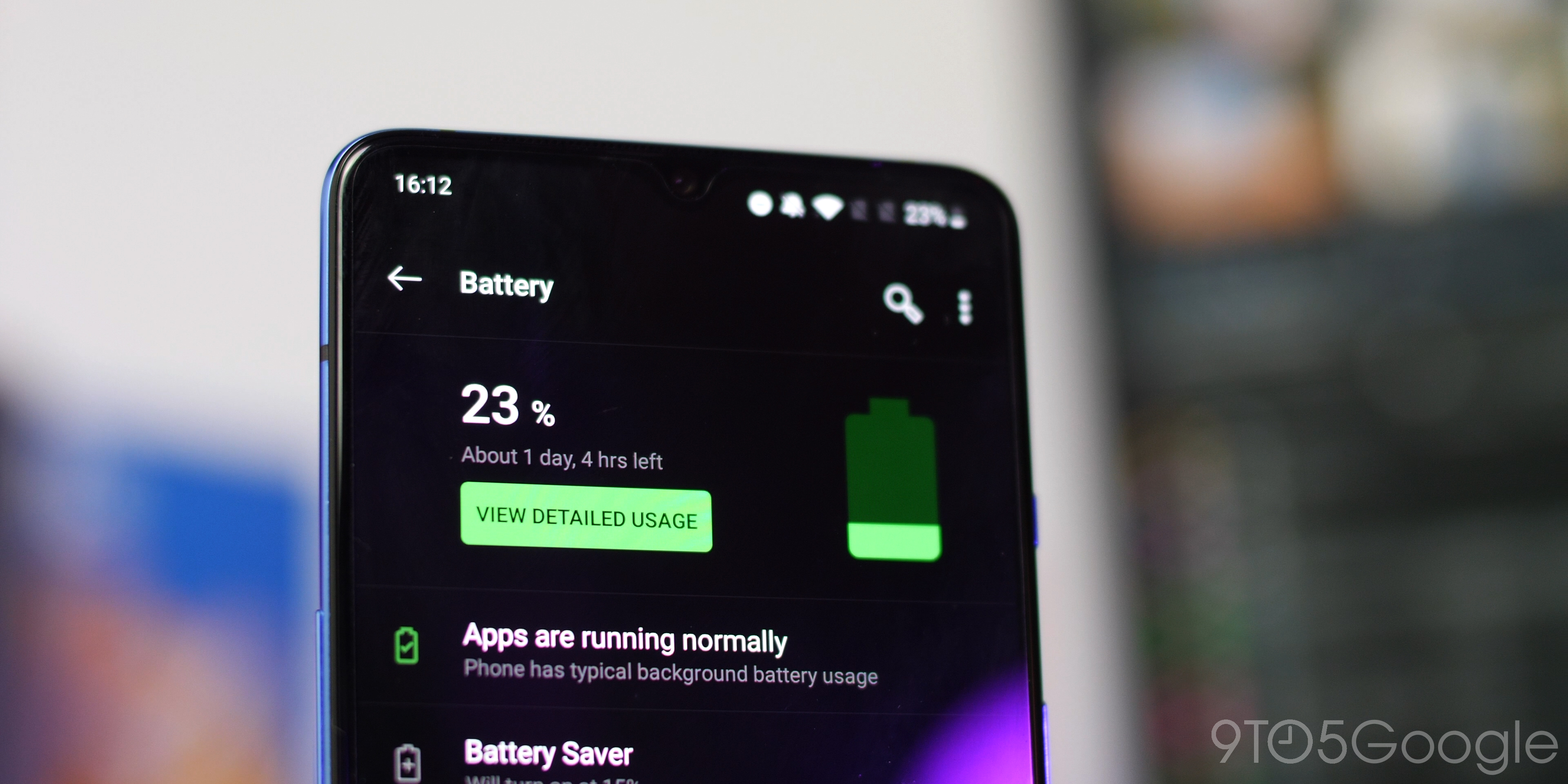 One of the biggest criticisms leveled at the Pixel 4 line was — rightfully — the battery size and lifespan. That said, the OnePlus 7T skirts a fine line between. The smaller Pixel 4’s pitiful 2,800 mAh battery is pretty atrocious for a phone that comes with a power-hungry 90 Hz panel. The Pixel 4 XL does better with the 3,700 mAh cell, but while slightly larger in capacity at 3,800 mAh, the 7T doesn’t provide the leap that you might expect.

The inclusion of Warp Charge 30T 30W charge speeds also far exceeds the 18W fast charging found on the Pixel. You do, however, have wireless charging on the Pixel 4, which is frustratingly absent from the OnePlus 7T.

As we say, average lifespans of the Pixel 4 XL and the OnePlus 7T are actually a lot closer than you might expect — even despite the battery size and screen resolution differences. I would have to say that the 7T is overall more consistent in giving you 5-plus hours of screen time, but it is very close.

At just $599, the OnePlus 7T offers so many premium features for a fantastic price. In our opinion, the Google Pixel 4 and 4 XL, while excellent in most areas, seems priced a little higher than it should be — and the battery lifespan issues make the smaller Pixel 4 really hard to outright recommend. If we had price parity, it would simply be a toss-up over which smartphone you prefer the look of.

There is no doubt that if the cost is a defining factor in what phone you are looking to buy, the OnePlus 7T is probably the Android smartphone to buy in 2019. We don’t live in a world where prices are static, though. While the recommended retail price of the Pixel 4 and 4 XL is slightly higher than it probably should be, you can get some superb deals on the devices with carrier subsidies and timed sales. 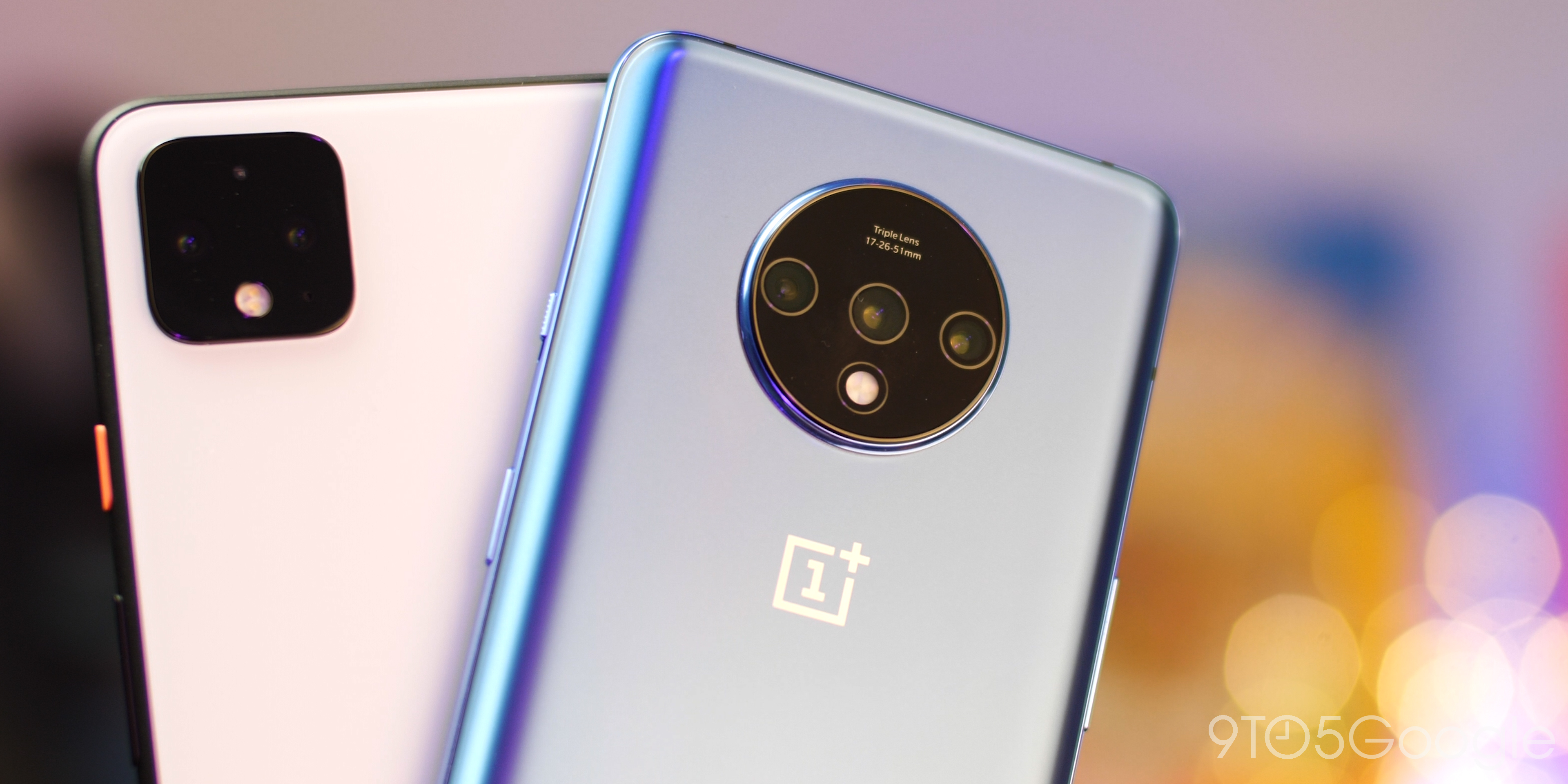 If you are looking for one of the best stills cameras on a smartphone, then in our opinion, it would be worthwhile picking up Pixel 4 or 4 XL. However, if you really value video and must have a wide-angle lens, then the OnePlus 7T is the more logical choice — as it has a marginally better battery, faster charging, and software that is the most comparable to the Pixel line on the market.

When you’re getting so many premium features for a buck under $600, it becomes really hard to recommend the Pixel 4 when the OnePlus 7T is available. That said, I personally use the Pixel 4 XL as my daily phone and absolutely love it — even despite owning the OnePlus 7T.

No matter which you choose, you’re getting one of 2019’s best smartphones that will get all regular updates, a slick OS, and a super-smooth 90Hz refresh rate display.

Where can I get the best deal on the Pixel 4 and OnePlus 7T?

There are tons of places to get the Pixel 4 and 4 XL. It’s available directly from most carriers and online retailers such as Amazon, Best Buy, and B&HPhoto starting at $799. You can also head into a carrier store and pick one up with relative ease.

It’s slightly more difficult to get the OnePlus 7T, as you have to buy direct from OnePlus or via the only carrier that offers the smartphone — T-Mobile. Unlocked and direct from OnePlus is cheaper at $599 though, while T-Mobile has various deals on the current “Flagship Killer.”