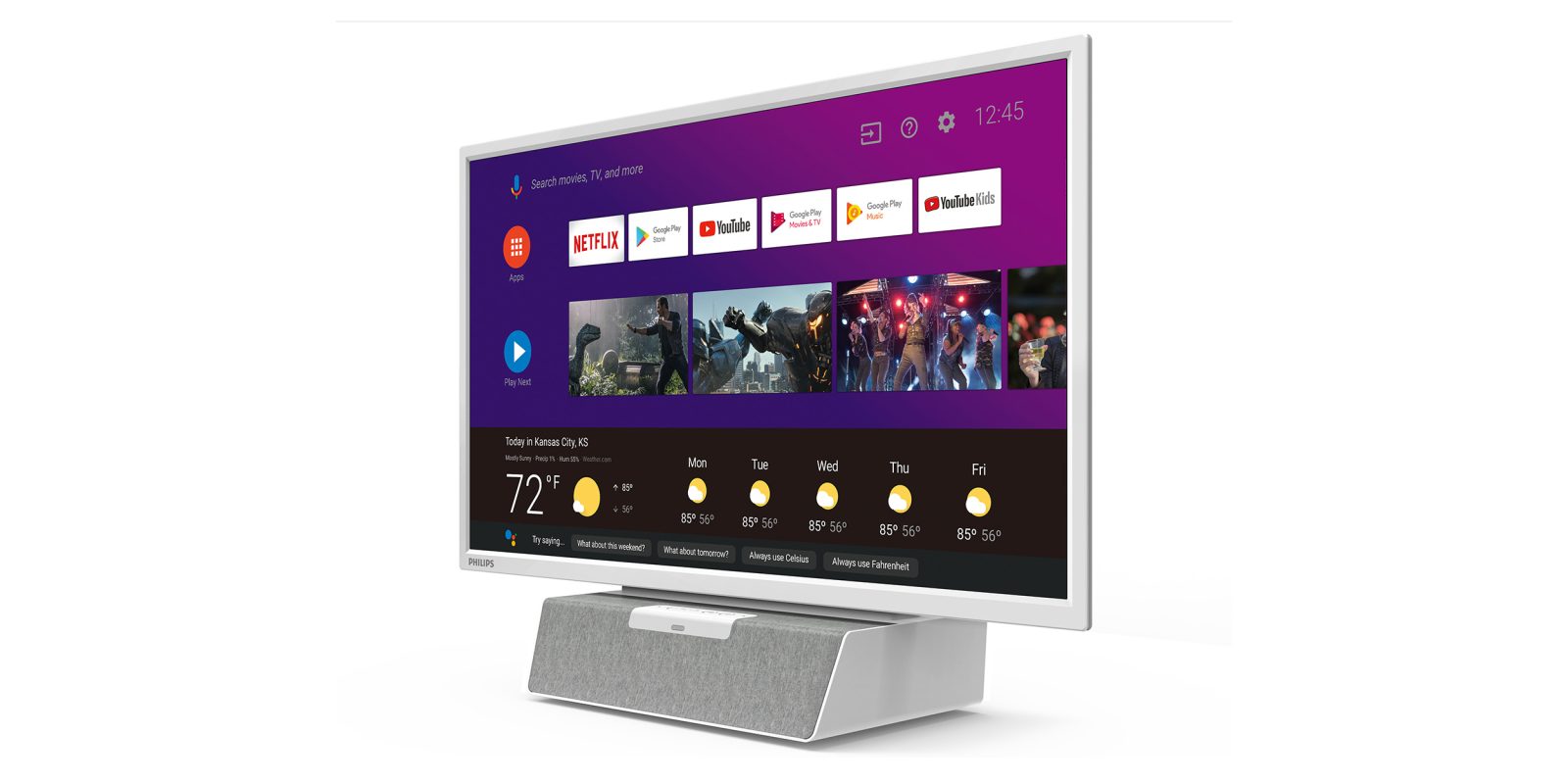 Philips is now selling a 24-inch TV that’s running on Android TV, designed especially for the kitchen, and has a built-in Google Assistant speaker, too. Here’s what you need to know.

Available today for $299, this new 24-inch Philips Android TV is unique on the market. The product isn’t designed for your living room or bedroom, but rather for areas like the kitchen, garage, home gym, and other areas around the home. The device is designed to replace the use of something like a tablet in those rooms.

Like most TVs using Google’s Android TV platform, this new 24-inch option from Philips is on top of the latest interface and offers a smart homescreen, Google Assistant integration, and apps such as YouTube, Google Play Movies, Netflix, and more. It’s unclear if Prime Video is supported.

The TV has a smaller footprint than most by using a centered stand that houses the speakers. The dual speakers are used, of course, for whatever content is being played on screen, but there are also far-field mics on the device that allow it to double as a Google Assistant speaker.

Philips imagines that most people will be using this product in the kitchen for following recipes on YouTube or watching their favorite shows while cooking. To that end, the product has integrated Netflix and YouTube buttons on the included remote. There are also two HDMI plugs on the TV for plugging in other devices.

The company says that this product will be available today from major retailers in the US and Canada,

Update 11/13: A week after Philips said the TV was set to go for sale, the product has finally surfaced from two retailers. Specifically, both QVC and HSN are offering the TV both for the $299 price tag. These listings also confirm a few more specifications including the 720p resolution of the display, 8W speakers, and the dimensions too.