Canalys reports that the smart speaker market grew by 44% in Q3 of 2019 with 28.6 million units shipped. A huge part of that growth came from previously smaller brands including Xiaomi, Alibaba, and Baidu. The latter two both grew by roughly 78% to ship 3-4 million speakers a piece but Baidu managed 290% growth with 3.7 million units shipped.

That explosive growth seriously hurt Google’s market share and growth too. Assistant smart speakers made up just 12% of the market – putting Google in 4th place. That’s compared to 29.8% of the market in Q3 2018.

Much more telling is how many units Google shipped. In 2018, the company sent 5.9 million units out the door but in Q3 of 2019, Google Assistant speaker shipments dropped by a whopping 40.1% to 3.5 million units. It’s clear that the lower numbers are partially because in 2018 Google was running several promotions with the Google Home Mini that made the device free or very inexpensive and, in turn, boosted its sales dramatically. 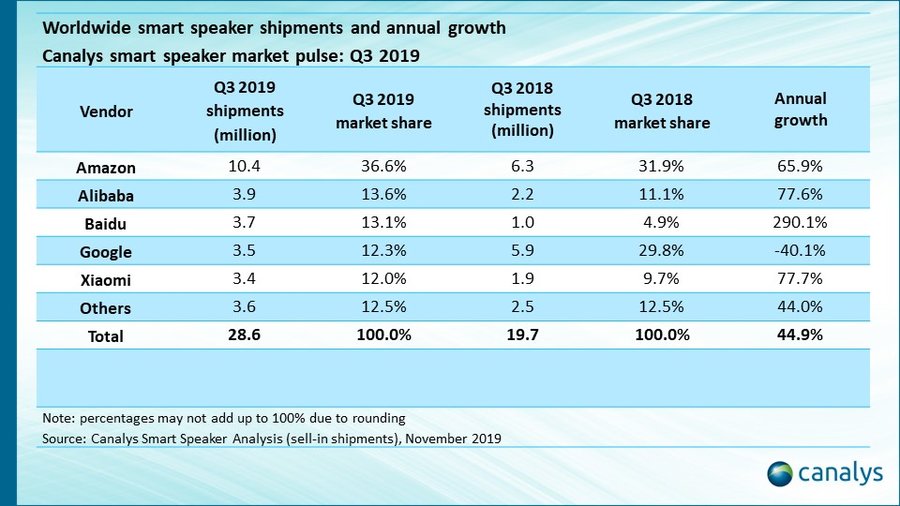 Amazon, on the other hand, still saw considerable growth in Q3 2019. The company managed to increase its market share from 31% to 36% while boosting growth to 65% with over 10 million speakers shipped.

What about smart displays? Google isn’t gaining much ground there either. The company only managed to ship around 700,000 units in Q3 compared to Amazon’s 2.2 million. Google’s total also only made up 19% of its total smart device shipments (speakers included). 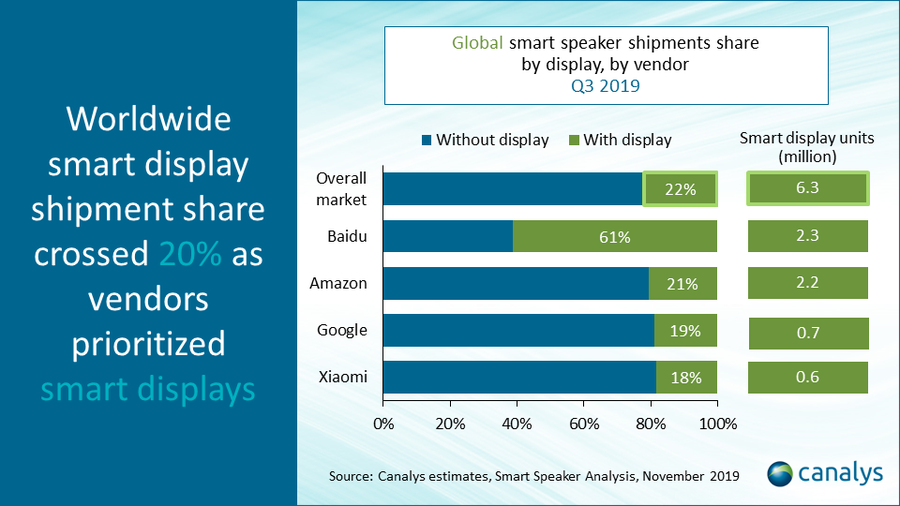 Why is Google struggling to penetrate the market? It could easily be due to privacy concerns which make the new “Google Nest” branding a useful tool for the company. Further, the equally low-cost of Amazon’s lineup, extensive collection of accessories and form factors, as well as Amazon’s trade-in program make upgrading devices much more enticing. I’d wager that Amazon’s easy payment offering is helping too.

Hopefully, Google can turn things around as the holidays approach.