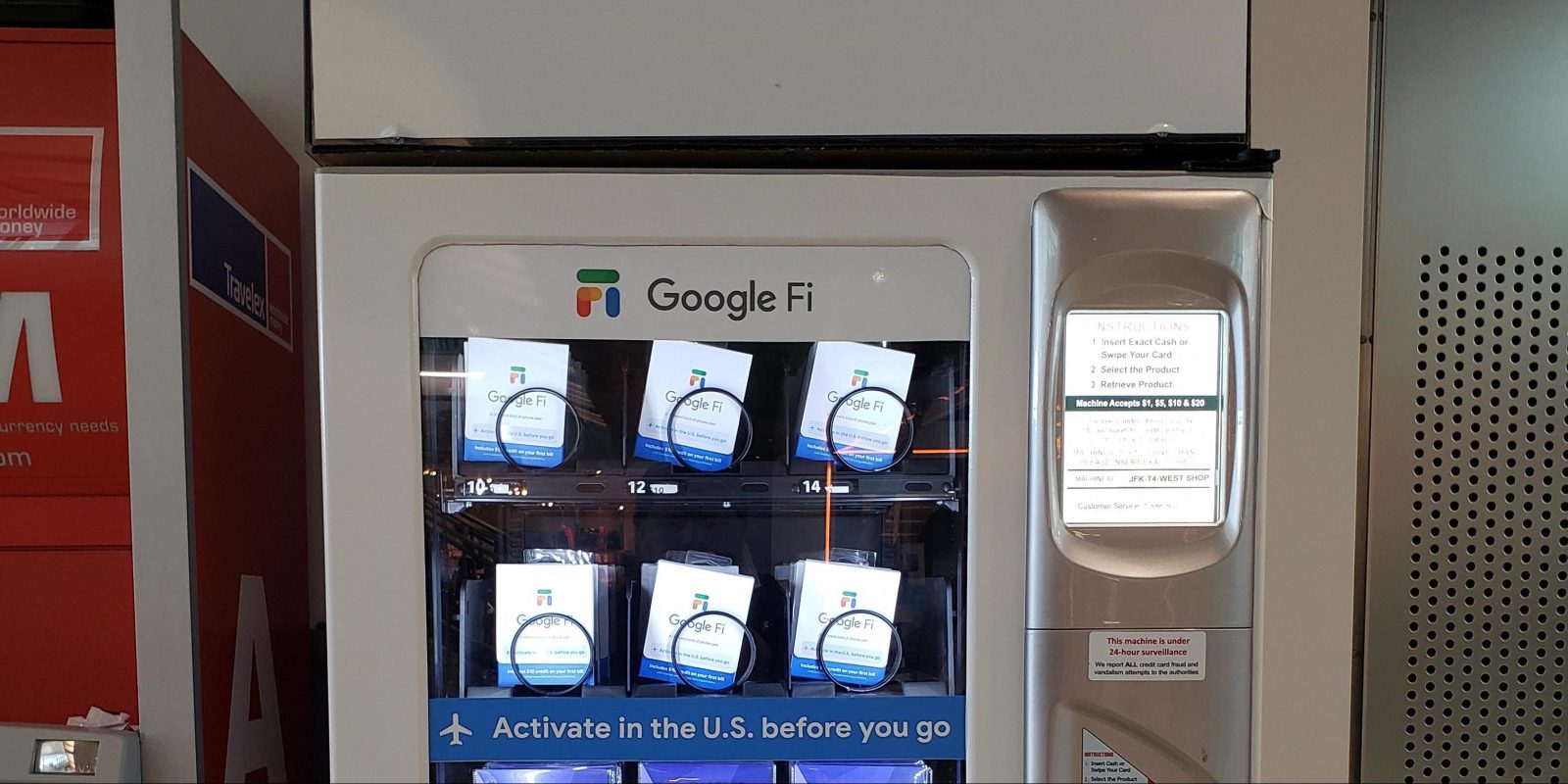 Google Fi is a good deal for international travelers at $10 per GB in over 200 countries and territories. The MVNO is now directly targeting those potential customers by selling SIM cards at international airport terminals in the U.S.

Back in February, Google started selling Fi SIM cards at Best Buy stores and expanded to Target this November. These kits — though with slightly different branding — are now being sold in vending machines at airports in the U.S.

These kiosks prominently feature Google Fi branding, but other SIMs and travel-related accessories are being sold in rows below. They cost $10, but you get a $10 Fi credit on your first bill, so it’s essentially free.

The vending machine and packaging reminds users to “Activate in the U.S. before you go” as an address stateside is required to register for the Google MVNO. 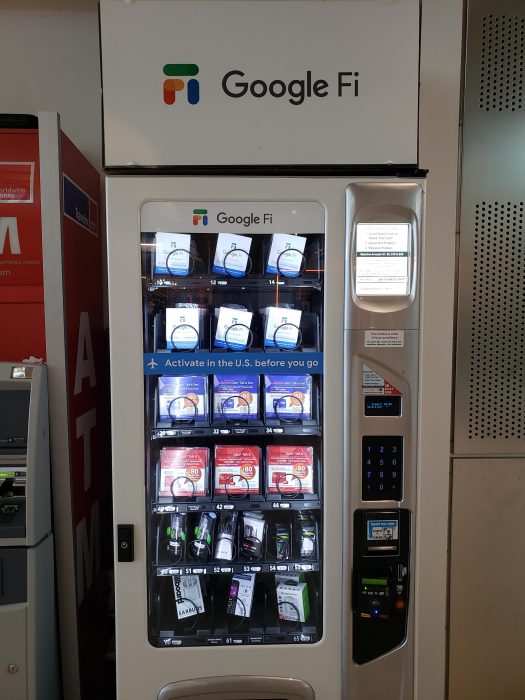 So far, these Google Fi vending machines have appeared at JFK Terminal 4 and Newark Terminal C. Both are for international flights, and appeared recently according to those on Reddit. Fi subscribers can pay per GB on the original Flexible plan or join the new Unlimited plan that provides high-speed data up to 22 GB every month, but caps video at 480p.

Longtime subscribers might remember Project Fi “Travel Trolley” vending machines at airports that gave away free travel swag, including fuzzy socks and sleep masks. Overall, this is a smart strategy for Google to pursue that directly taps into how people have a tendency to buy — no matter the exuberant cost — last-minute essentials at airports.