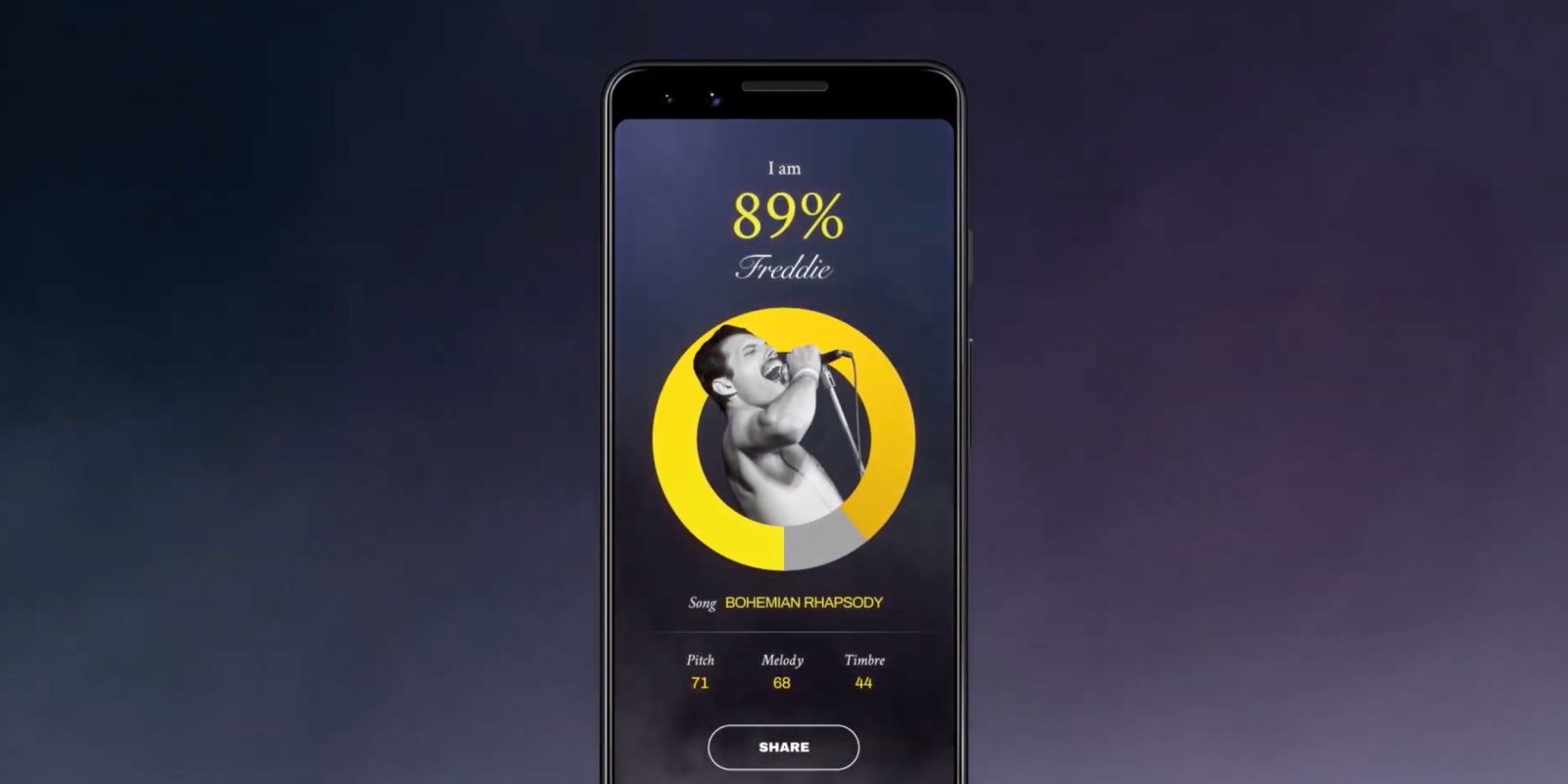 In honor of the first live performance of Bohemian Rhapsody 44 years ago this month, Google is partnering with Queen on the “FreddieMeter” app. This web experience available for Android, iOS, and desktop rates how closely you sound like Freddie Mercury.

To start, select one of four iconic Queen songs: Bohemian Rhapsody, Don’t Stop Me Now, Somebody to Love, or We Are the Champions. You sing for about a minute — with guided lyrics appearing on screen — until FreddieMeter can calculate a percentage with sub-scores in three categories. The web app is analyzing your pitch (how well you hit the notes), melody (how well you hit the notes in relation to each other), and timbre (how much your vocal style matches Freddie’s).

Behind the scenes, FreddieMeter leverages on-device machine learning so no audio is being sent out to servers for the rating. Google trained the models using Mercury’s isolated vocals from original studio tapes and sample covers.

That said, there is a viral aspect — like Google’s Art Selfie, with FreddieMeter able to record a video and audio clip of your performance to share on social media. This minute-long clip features YouTube Music branding and can be downloaded after a performance, with Google deleting it afterwards. 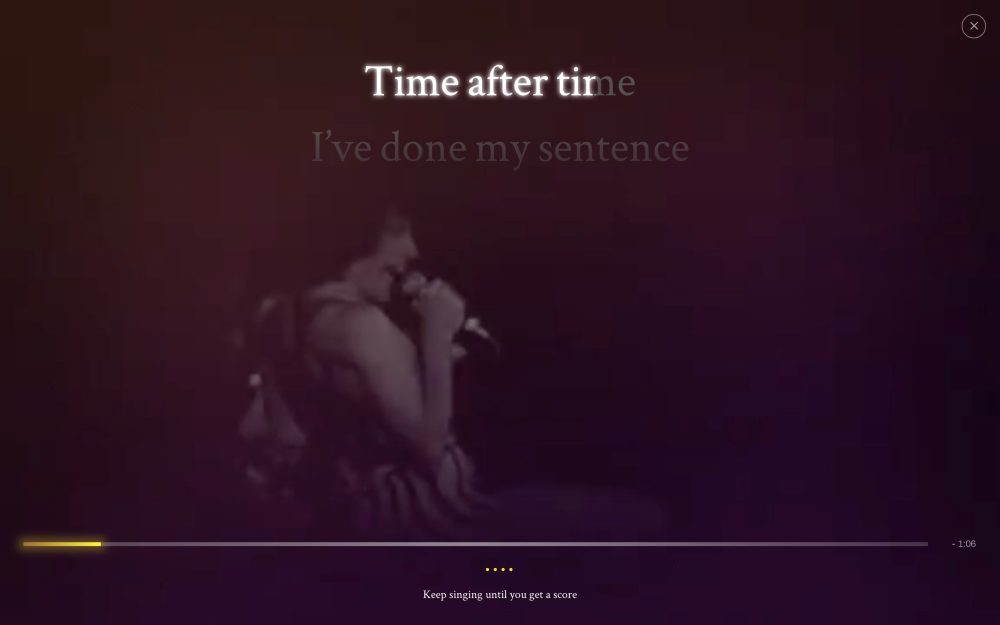 Google’s FreddieMeter Queen app and the #FreddieChallenge is aimed at helping the Mercury Phoenix Trust — a charity founded by Brian May, Roger Taylor, and Jim Beach to raise awareness and funds for the fight against HIV/AIDS.