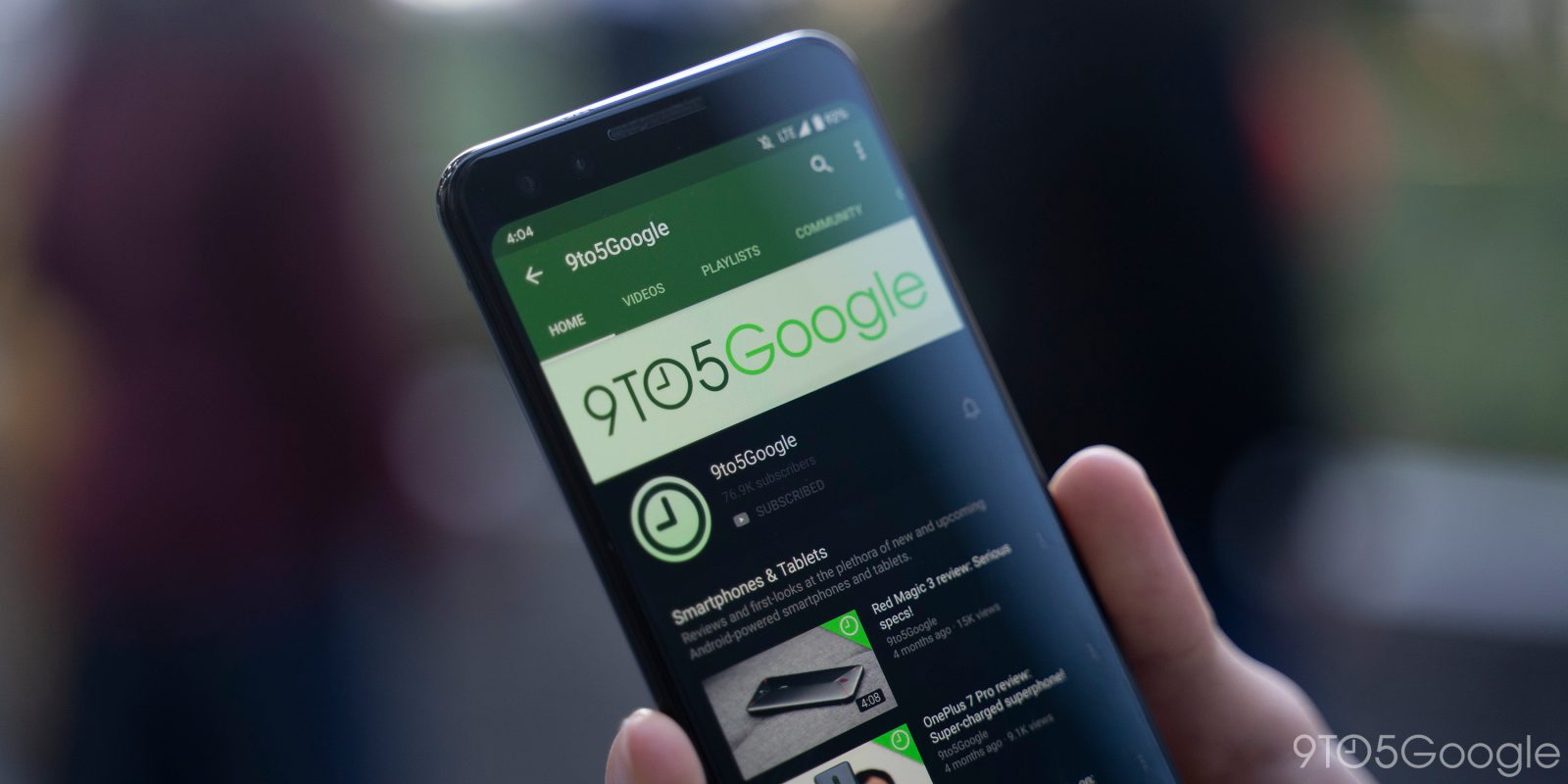 When YouTube introduced a dark theme last year, it was ahead of most other Google services. However, as more apps were updated, the Android client stood out for not respecting the default appearance. YouTube for Android now follows the user-set device theme.

First spotted in testing last month, the “Dark theme” toggle under Settings > General has been replaced with an “Appearance” menu. If you previously had the night-friendly mode switched on, that look is retained. Gone is the copy noting how you can “Reduce glare & improve night viewing.”

Switching to “Use device theme” allows the app to automatically update its color scheme with the “Dark theme” toggle in Android 10 Quick Settings. It results in a uniform and consistent experience for users. The other two options let you set a theme independent of the system and other apps.

YouTube for Android following the device theme is widely available with version 14.46.52. That update rolled out to the Play Store earlier this week, but a server-side switch could also be involved as more and more users encountered it over the past month. With Android 10 nearly three months old, almost all first-party apps are not only offering a consistent look, but identical experience.