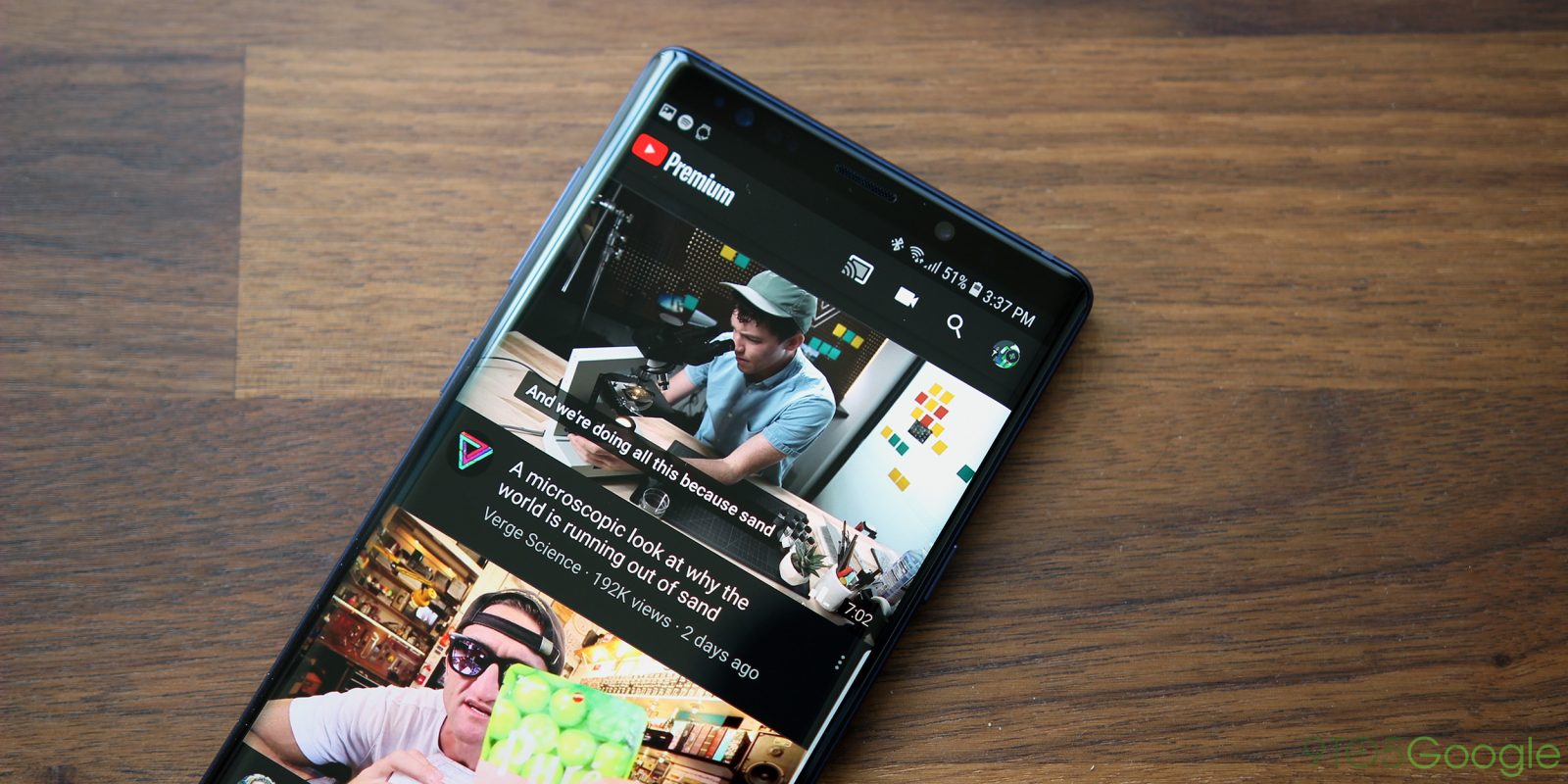 While YouTube was one of the first Google apps to adopt a dark theme, the Android client is finally moving away from a custom implementation. As a result, it will respect Android 10’s system-level setting.

YouTube for Android widely rolled out a dark theme just over a year ago, with the iOS version coming much earlier in 2018. To enable, users have to visit Settings > General and toggle “Dark theme.”

An upcoming update (via Android Police) replaces that switch with an “Appearance” menu that lets you “Choose your light or dark theme preference.” Like many other Google apps, options include: Use device theme, Light theme, or Dark theme.

The first sees YouTube respect Android’s system-level preference, and thus allows the look to be easily controlled from Quick Settings. At the moment, you have to go back into the menu to enable or disable. Meanwhile, the other two options let you set a preference independent of the system and other apps.

YouTube’s adoption of the Android 10 system-wide dark theme is not widely rolled out. One user had the menu live with version 14.40.52. However, manually sideloading that update — which isn’t fully available from the Play Store today — does not automatically enable it. Like other YouTube features, this is a server-side update.