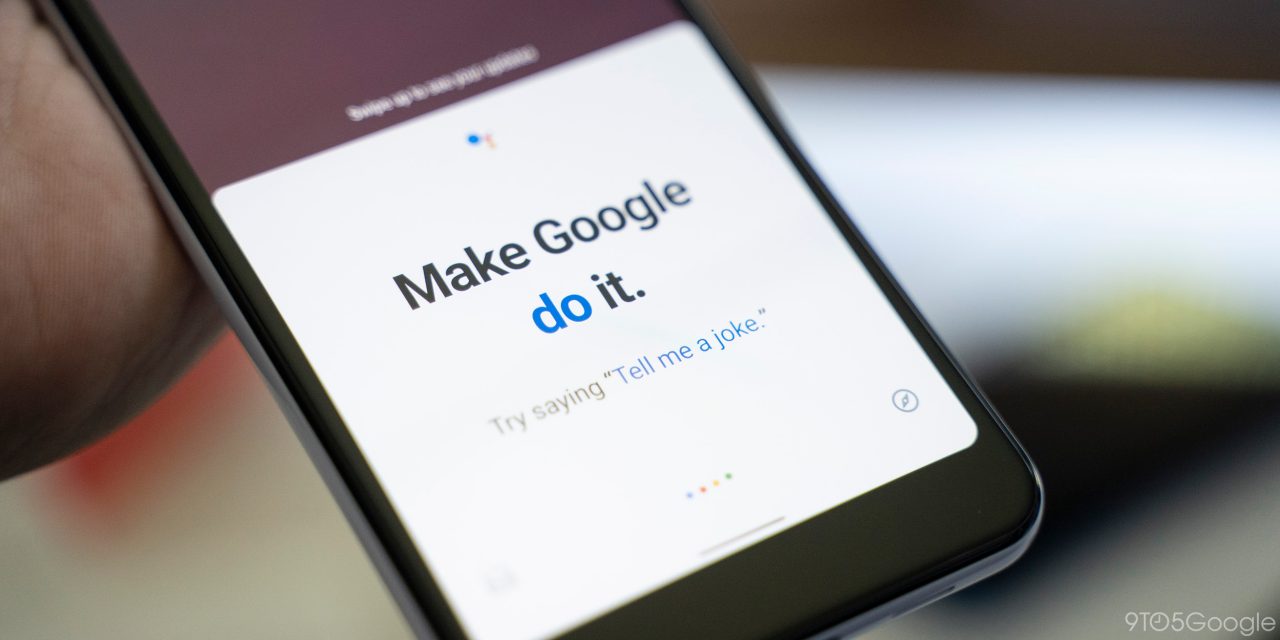 The Google Assistant on Android is testing a new feature for users who prefer keyboard input over voice. This experiment adds autocomplete suggestions above the text field, similar to the Google app when searching the web.

We started seeing a new Assistant UI with the latest Google app beta (10.87) this afternoon that shows up to five query suggestions when the user begins to type. Appearing as a list above the input box, the most relevant results show at the top, just as they would when typing into the Google app. A downwards pointing arrow to the right of each suggestion indicates that tapping will send it to the text field.

Comparing suggestions between the apps, it would seem that the Assistant’s implementation is contextually aware and displays queries that are more appropriate to ask it instead of Google Search. For example, the Assistant suggests asking for “once in a blue moon,” an easter egg based on the colloquial phrase, and the Google app does not. Tapping on a suggestion immediately submits it, and responses to the query are as normal.

The overall experience of these Google Assistant autocomplete suggestions feels half-baked. Our first impression of this led us to believe that it was old UI, or a bug that had appeared randomly. The suggestions list is an obvious duplicate of the Google app’s — changing the iconography but maintaining the square, segmented formatting (which doesn’t match the UX of the Assistant).

Such is to be expected from an experiment, though. The idea of this — when properly integrated — is helpful and we hope to see it fully developed in a future update.