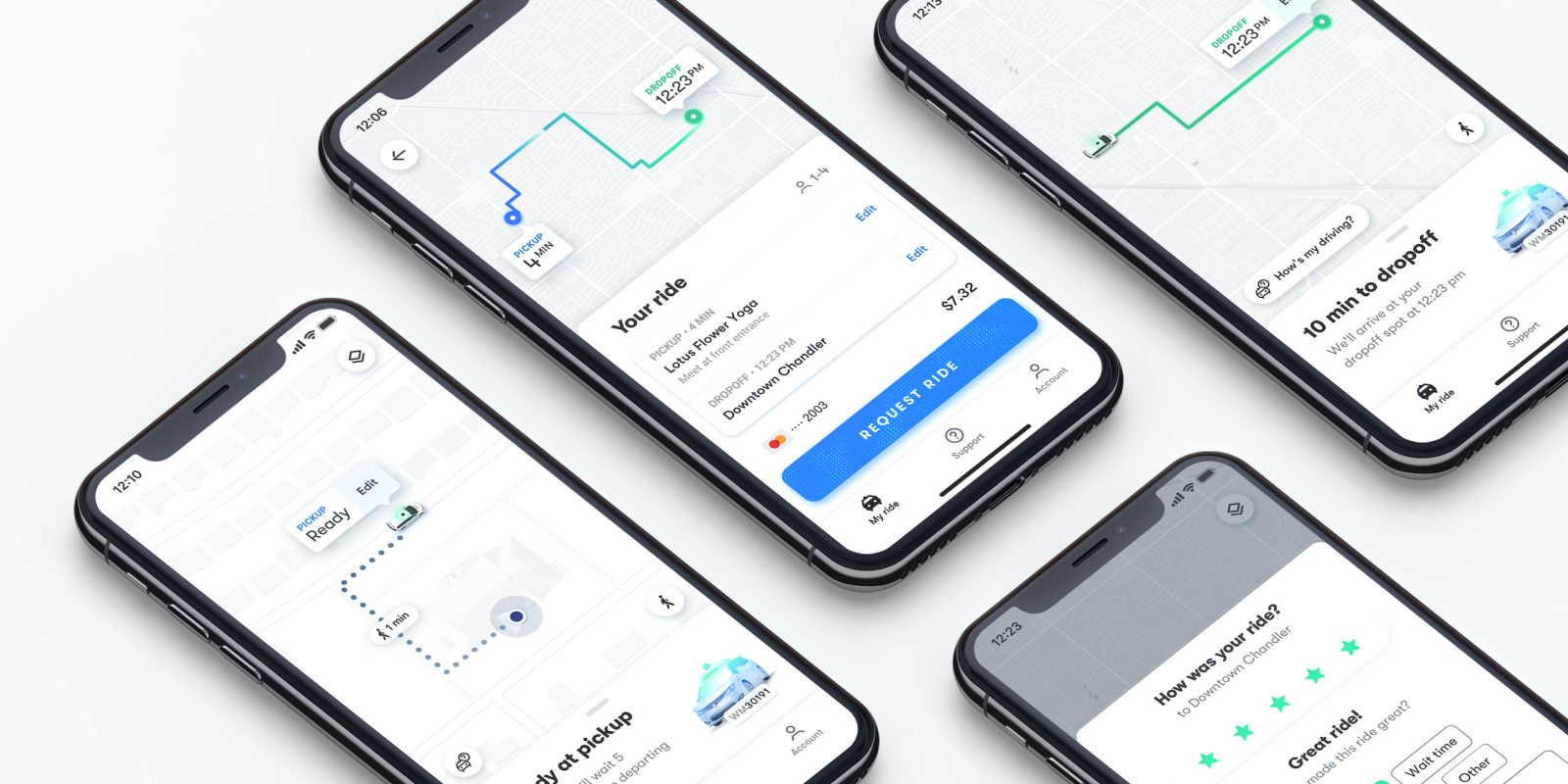 One year ago, Waymo launched a public self-driving ride service in Phoenix, Arizona. To mark that anniversary, Waymo One is getting an iOS app, while the Alphabet division shared usage details for the Lyft/Uber competitor.

The Waymo app arrived in the Google Play Store for Android devices this April. In coming to iOS, iPhone owners in the Metro Phoenix area can join the service’s waitlist, though the app is available for everyone in the US to download. Users will first be a part of the early rider program before graduating to the “public arm of Waymo One.”

The app for calling autonomous Chrysler Pacifica minivans is pretty standard and has a layout similar to Lyft and Uber. Aligning to the Google Material Theme, there is a bottom bar with three tabs for “My ride,” “Support” for help, and “Account.”

You’re primarily interacting with a map view that takes special care to confirm the pickup and dropoff location before requesting the ride. It will continue to show key status details during a trip if you don’t want to use the in-vehicle screens. 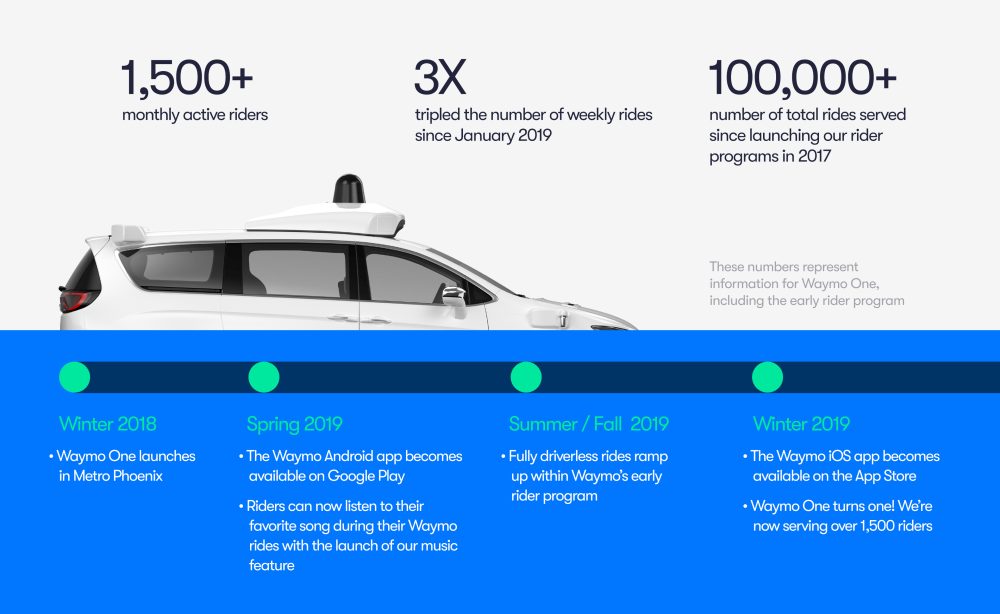 Meanwhile, the service currently has 1,500 active monthly users for a total of over 100,000 total rides since the beta opened in 2017. Weekly rides since January have tripled with customer growth, and late afternoons to evenings are when the majority of trips take place.

Improvements to the ride experience include a dark mode for the in-car mapping displays to aid visibility at night, and the ability to listen to music. Waymo has also worked to improve the accuracy of pickup and dropoff given the lack of a human driver. For example, the app can be used to honk the car’s horn.

In 2020, Waymo One will add more members and other features to improve the autonomous experience.