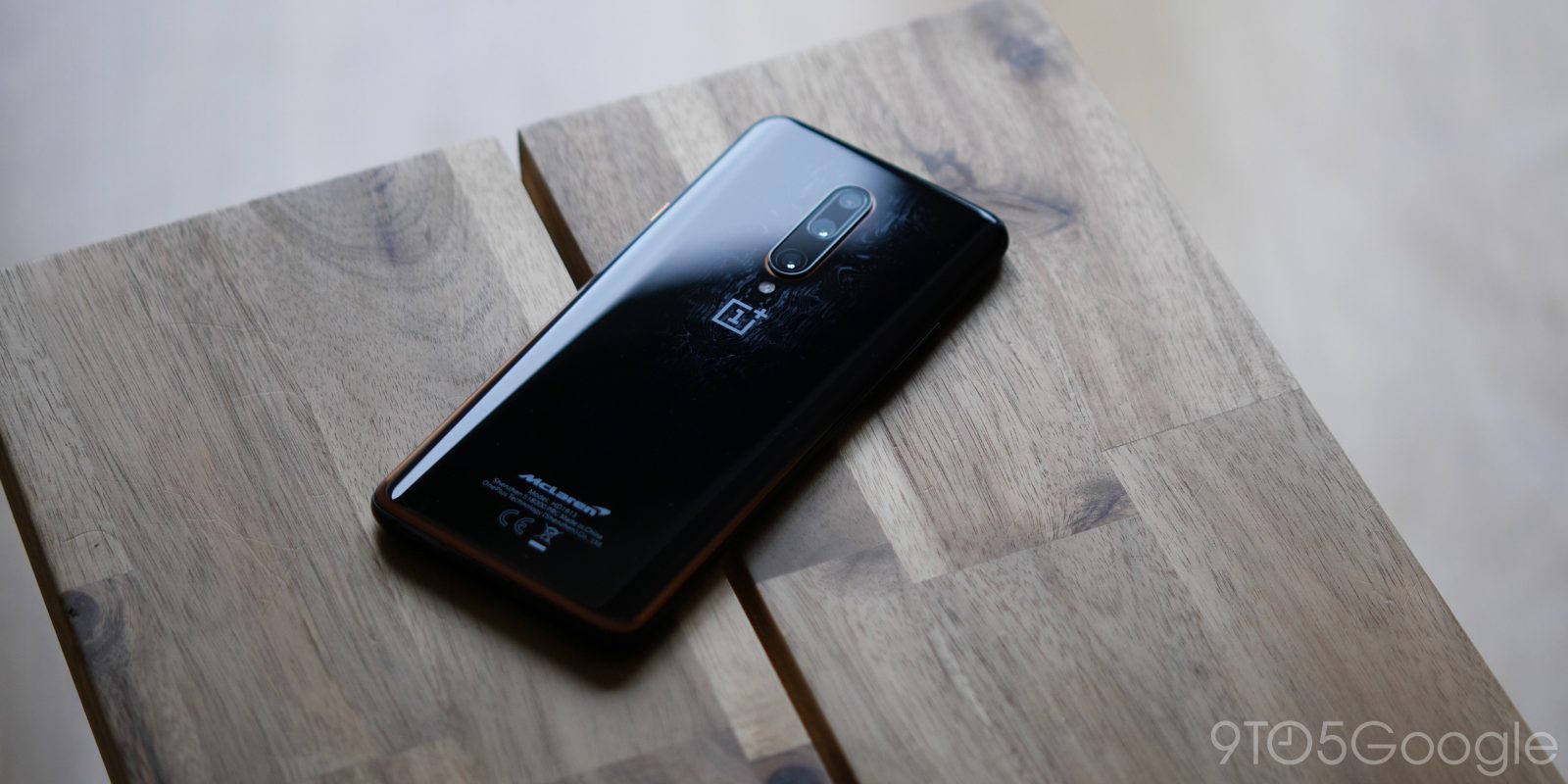 OnePThe best OnePlus smartphone on the market is unfortunately not officially available in the United States — at least for now. But nonetheless, despite regional lockouts, the OnePlus 7T Pro is the finest phone made by the OEM that essentially instigated the affordable flagship market.

Despite lacking availability in some regions, the latest and greatest smartphone from OnePlus moves the needle a little further and gives those with access to it, arguably the best overall Android experience you can currently buy — and it’s even available at a lower price than most comparable flagships.

Incremental changes and minor hardware enhancements is the name of the game here. Wholesale changes were never expected, but there are some notable boosts to the internals, and there’s even room for a lick of paint for the true flagship McLaren edition. If you were unaware, this partnership has continued to grow after the release of the OnePlus 6T McLaren edition in late 2018.

Given the similarities between the OnePlus 7 Pro and the OnePlus 7T Pro, we still recommend checking out our original review of the former top-tier OnePlus device. Because you can’t officially get this newer model in the US, it also will put your mind at ease if you are looking at picking up the 7 Pro at this stage of 2019.

With all that out of the way, this is our review of the superfast flagship OnePlus 7T Pro — in the McLaren edition flavor. 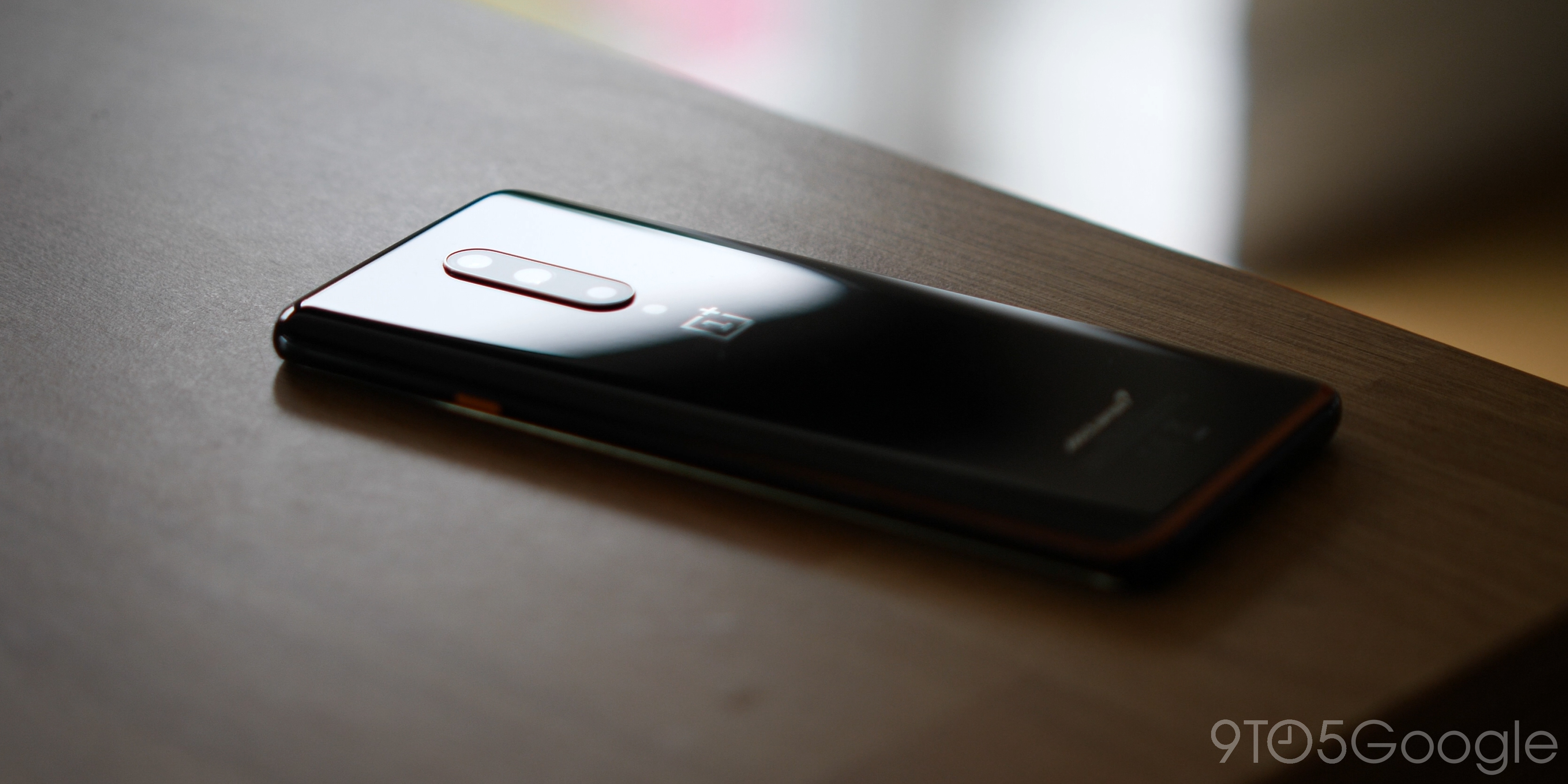 The internals have also been bumped just a smidgen. Inside, the chipset gets an upgrade to the Snapdragon 855+, and RAM now comes in a base 8 GB configuration with only the limited McLaren edition having 12 GB. There is also a very minor increase in the battery capacity to 4,085 mAh.

You still get that stunning 6.67-inch 90 Hz AMOLED display with in-display fingerprint reader and pop-up selfie camera. It’s as good looking and responsive as it was six months ago, and despite having curved edges, is my favorite panel in a smartphone in 2019. Everything is vibrant, but most importantly for me, smooth. 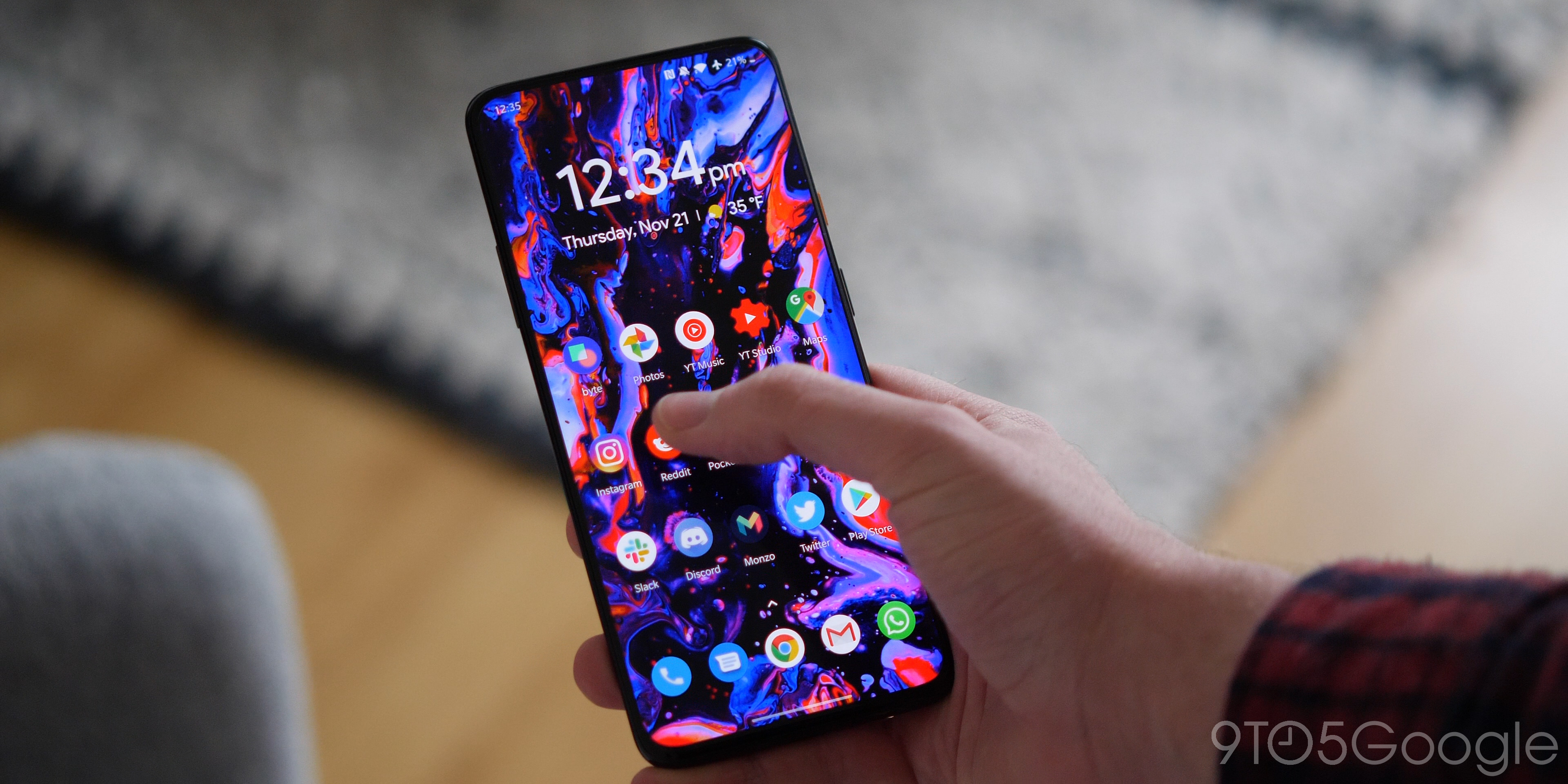 Like the OnePlus 7T, the 7T Pro comes with Android 10 out of the box. OxygenOS 10.0 runs like a dream on the hardware, much as it does on the 7 Pro. The little inclusions and tweaks help it feel much faster than any Android phone on the market.

On paper, the Snapdragon 855+ chip is supposed to be 15% faster than its predecessor. I honestly can’t tell the difference in day-to-day operation over the 855 in the OnePlus 7 Pro. Both phones are smooth as silk, given how optimized OxygenOS is compared to most other Android skins.

The McLaren edition gets an exclusive set of wallpapers, boot, and fingerprint scanner animation. Beyond that, it’s business as usual for the cleanest experience outside the Pixel line. Raw benchmarks are one thing, but the OnePlus 7T Pro — and by extension, the 7 Pro — feels several steps ahead of every other smartphone on the market 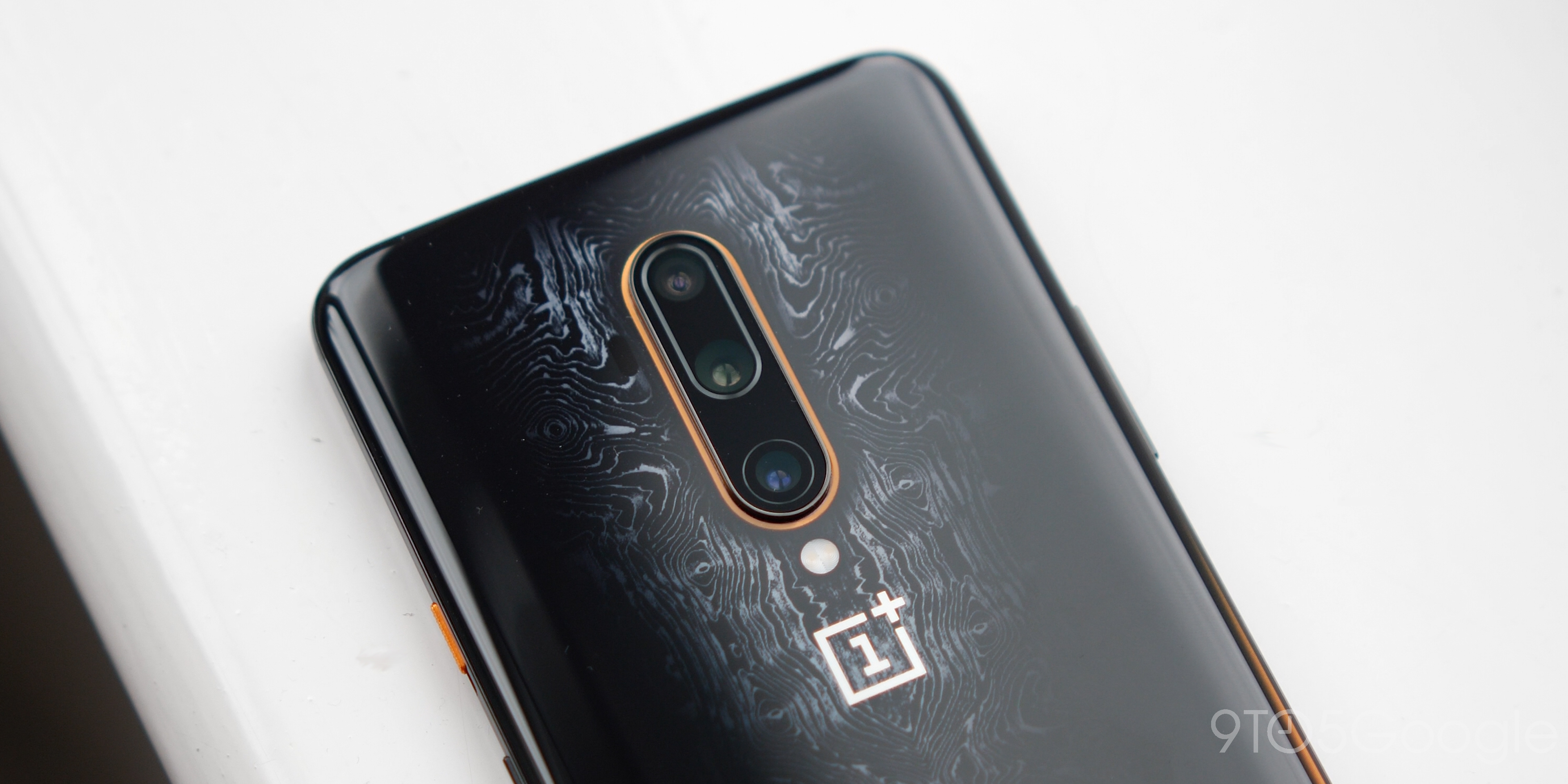 The OnePlus 7T Pro has the same triple camera setup as you’ll find on the original Pro model. There are two tweaks, though, that might make a difference if you are very camera focused. The camera includes a new “super” macro camera mode for close-up photos as close as 2.5 cm away.

My own results using this mode have been mixed, but it’s another one of those nice-to-have camera features that rounds off the reasonably solid OnePlus 7T Pro camera package. Being able to get that fine detail by leveraging the ultra-wide-angle lens is also pretty neat in practice.

You’ll also notice a small laser auto-focus hole at the right of the camera, too. For me, OnePlus devices have had superb auto-focus in recent years, and this does seem to help a little more — granted, it’s not a massive boost.

Everything is familiar, and the results are the same as with the previous model. Colors and contrast are normally very good. The low-light performance still needs some tweaks to match the big hitters in the form of the iPhone, Pixel, and Huawei, but OnePlus is very slowly catching up. But it still has some distance to go to match the current top-tier smartphone cameras.

The same can be said of the videos modes, although the 7T Pro includes wide-angle video recording at 4K. This is supposed to be coming to older models soon, too. For me, OnePlus phones in recent years have offered better video quality than in stills, and this time around the gap has narrowed a bit. If you are commonly recording from your smartphone, then the 7T Pro is a solid choice. 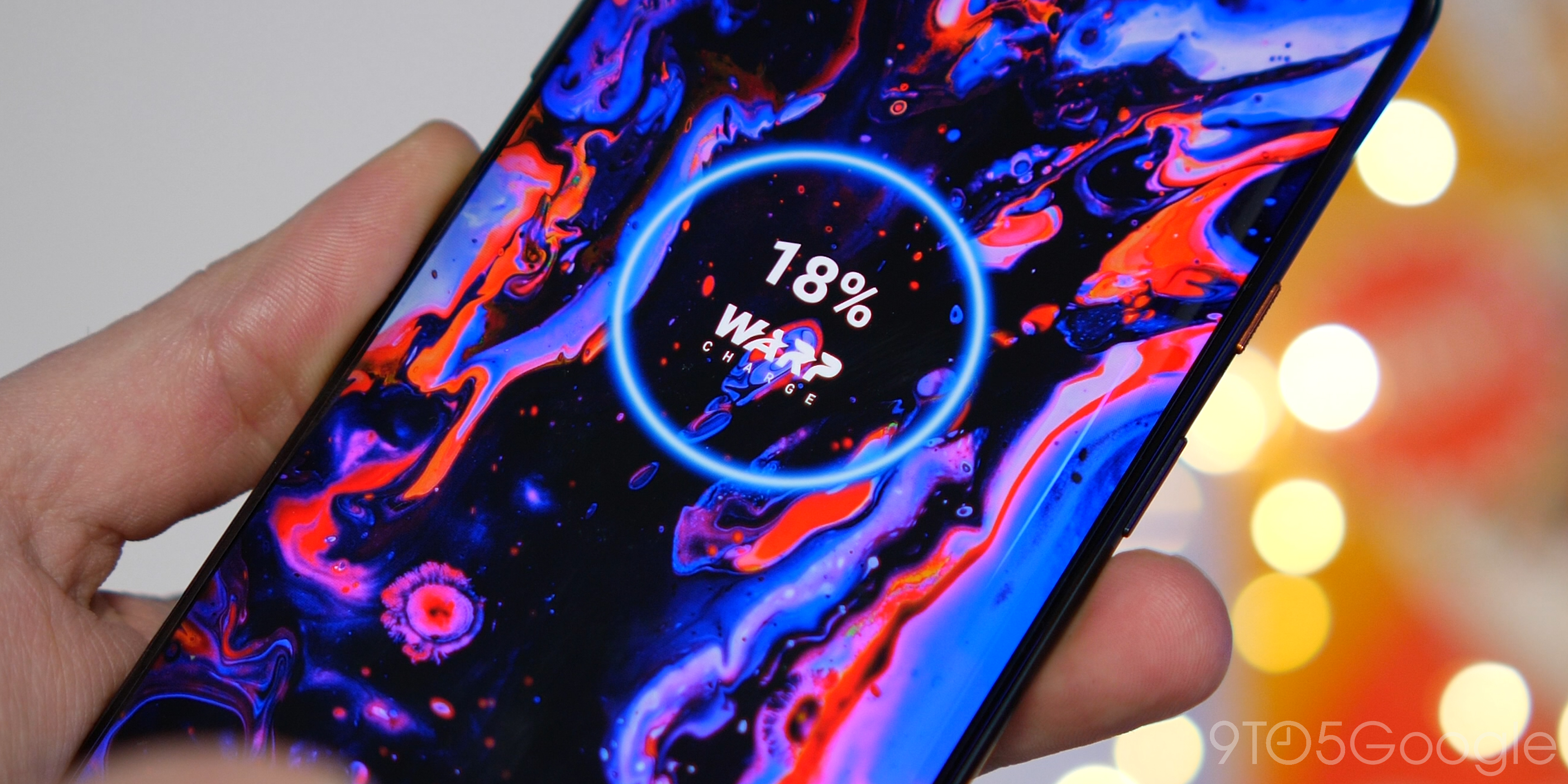 Comparing directly to the 7 Pro, the OnePlus 7T Pro should have better battery, thanks to that 85 mAh boost. I must admit that I can’t really see any massive increases. Depending on my day, I’ll see anywhere from five- to seven-and-a-half hours of screen-on-time on a regular basis.

I didn’t expect massive increases, and that has been the case. The modest bump doesn’t make any obvious difference, although it’s worth noting that the battery inside the OnePlus 7T Pro does have improved thermals. This is part of the upgraded Warp Charge 30T.

The speed is noticeably faster than even the standard Warp Charge 30 offering, which itself is immense. It still isn’t going to be enough for some people that want wireless charging though, but when you can plug in for a few minutes and get multiple hours of battery life, that is a worthwhile compromise in my opinion.

The OnePlus 7T Pro is probably the best Android phone out there right now, but it only takes a few minor steps ahead of the still insanely good OnePlus 7 Pro. It really feels as though the divisions between the mainline OnePlus line and the T line has been blurred even further with the OnePlus 7T Pro, and while it’s the best phone they’ve ever made, it isn’t enough of a quantum leap to justify dumping the 7 Pro.

In many regards, this is great news for North America, as you aren’t really missing out on a great deal. It also puts into perspective just how good the OnePlus 7 Pro package still is. Alternatively, the OnePlus 7T provides you with almost all of the best bits of the 7T Pro, but with a lower price tag and a flat display.

If you had gone in with high expectations, then you could say the OnePlus 7T Pro is a little underwhelming. The thing is, this is the fastest, most powerful Android phone on the planet, and at a lower price than almost all of its direct competition. I think we can be more forgiving of a six-monthly refresh, but it definitely whets the appetite for the upcoming OnePlus 8 Pro.

Where can I pick up the OnePlus 7T Pro?

Obviously, for those of you in the US, you may have issues getting hold of the 7T Pro via official channels, as it isn’t available. You can import from sites like eBay or import sites like Gearbest. Our advice would be to simply pick up the standard OnePlus 7T from OnePlus direct, T-Mobile, or even Amazon.