After rolling out to Android, Mac, Windows, and Linux, version 79 of Chrome OS is now available. Notable features in Chrome OS 79 include a reworked Overview mode for tablet devices and lockscreen media controls.

Virtual Desks widely rolled out with last month’s release. Chrome OS 79 continues iterating on them by having links you click always open in the current workspace.

Dedicated Chrome OS tablets are still relatively rare, but all 2-in-1s have the same tablet mode. An updated Overview mode for slates, convertibles, and detachables lets you scroll vertically through open windows. There are about six cards to a page with the next column peaking to signal you have more open.

You can long-press on one and drag to either side of the screen for split view. This new Overview — which is particularly ideal on smaller screens —  is in contrast to the regular laptop version that just shrinks cards as more windows are added.

Building on version 76 in August adding Android-esque media controls in the Notification Center, Chrome OS 79 lets you see what audio is streaming with playback controls on the lockscreen. It works with both Android apps and any playing media on the web. 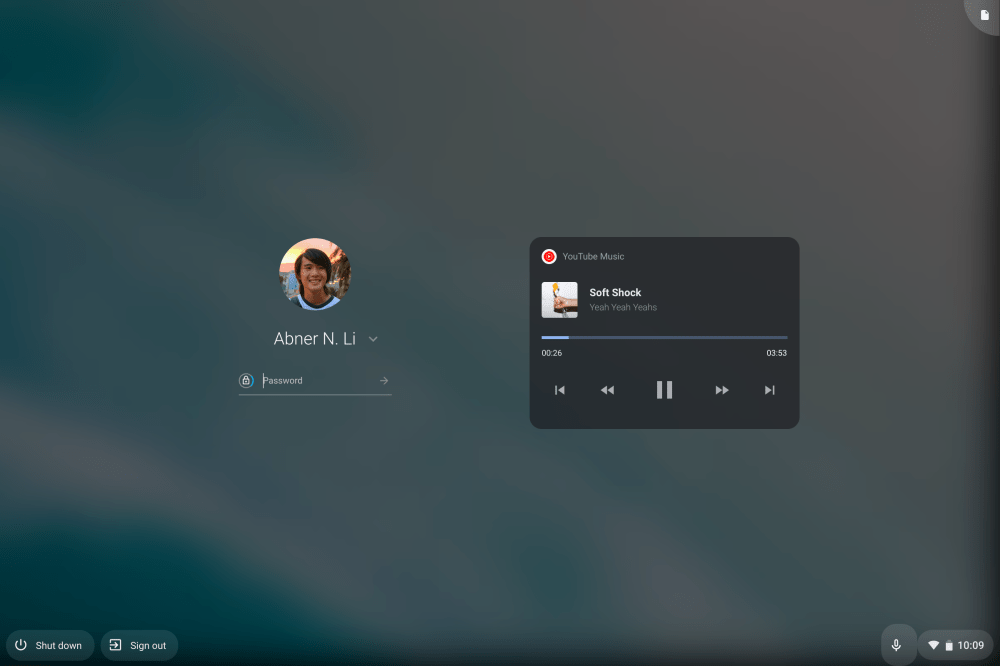 Manage your apps in Settings allow you to control basic application preferences and permissions from a single list. Google plans to further improve application management in the future.

Click in further and you can see whether you’ve granted an app permission to your location, microphone, camera, and more. Quickly adjust these settings based on your preferences, through one centralized menu.

A new “tab freezing” feature in Chrome 79 works to save memory, CPU, and battery resources. Tabs in the background for over 5 minutes will be frozen and not able to perform tasks. There is an exception for audio and video, while sites can experimentally opt-out.

Originally planned for the previous release, Chrome 79 features an experiment for 1% of users that enables secure DNS connections through DNS-over-HTTPS. This prevents user tracking and malicious redirects. A new flag allows you to opt-out of the DoH test: chrome://flags/#dns-over-https.

Chrome will check if the user’s DNS provider is among a list of participating DoH-compatible providers and if so, it will enable DoH. If the DNS provider is not on the list, Chrome won’t enable DoH and will continue to operate as it does today.

Chrome will begin marking sites that use TLS 1.0 or 1.1 “Not Secure” and remove the lock symbol. This measure starts in January 2020 as Google encourages sites to move away from legacy TLS.

Google is working on a shared clipboard between computers and Android that’s available from the right-click menu. Copied text can be shared on devices that are logged in to the same Google Account and have Chrome Sync enabled. Text is end-to-end encrypted and Google notes how it can’t see the contents. It began rolling out in October for a “limited number of users” and will be “released to all users in a future version of Chrome.”